Home » Blog » Will The European Union Survive by Michael James 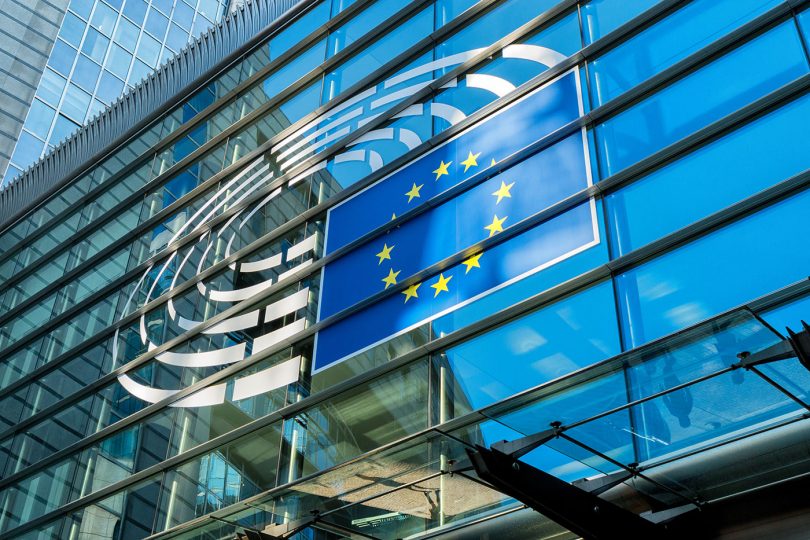 The EU is likely to break up argues Michael James because of the Euro. EU cannot allow countries to write off their debt, because the German government can’t afford to give up pretending that its loans will be repaid: the moment it admitted that Germany was in fact the EU’s milch cow, it would face a taxpayers’ revolt. The EU rightly urges the bailed-out states to reform their economies, but the short-term political and economic costs of reform are greatly magnified in states that can’t devalue their currency. A successor to the EU should be a new European association of independent states dealing directly with one another, not an incipient super-state. Michael James full report can be read on our REPORTS page

The European Union aspires to replace Europeans’ allegiance to their nation states with an overarching European identity that will end Europe’s tendency to tear itself apart with aggressive nationalism and bring about permanent continental peace.   Its chosen instrument is a set of supranational institutions that promotes ‘ever closer union’ among the peoples of Europe by periodic transfers of power from the member states to the union.

The project has failed.  Europeans do subscribe to a continental identity but continue to give their primary allegiance to their nation states.  Consequently the growing powers of the EU (along with its deliberate lack of accountability, reflecting its distrust of democracy) lack legitimacy. Not only have the British voted to leave the EU but Eurosceptic parties have emerged in most member states to defend national sovereignty, and they are steadily gaining ground.  Opinion polls in Europe show a pattern of sentiment similar to that which the referendum of 2016 revealed in the UK: elites strongly favour the EU, but popular majorities or pluralities in most countries favour the return of some powers to member states; there’s little popular support, and only limited elite support, for ‘ever closer union’.

The central paradox of the European Union is that it tries to ‘integrate’ or ‘harmonise’ Europe with centrally imposed uniform institutions and regulations, but these generate tensions between member states because these states face widely differing circumstances.  The EU’s costly social, environmental and labour-market regulations protect the richer member states of the north and west of Europe from competition from the poorer member states of the south and east, which are less able to afford them.  Above all, the euro has sharply divided Europe between debtor and creditor members of the Eurozone.  Before it was adopted many economists argued that a single exchange rate would prove to be too low for the richer countries and too high for the poorer ones, so distorting trade patterns.  As well, if the Eurozone countries were at different phases of the business cycle, a single interest rate would be too low for booming economies and too high for those in recession, and so it would pull Europe’s economies apart, not push them together. Abundant evidence backing up these warnings was available from the German monetary union that accompanied national reunification in 1990, since it inflicted an excessively high exchange rate on the relatively poor eastern area of Germany and mired it in a deep recession for years.  The consequent huge subsidies from West to East and mass migration from East to West for years generated popular disillusionment with reunification.

But the European Union doesn’t accept that it can get anything wrong, and when the Eurozone was overwhelmed by the global financial crisis in 2010 the EU’s bail-out of the bankrupt member states was designed primarily to defend the euro. These states experienced exceptionally severe recessions largely because they could not devalue their currency.  The EU cannot sanction even a temporary departure of bailed-out states from the Eurozone to help them recover, since that could easily trigger the disintegration of the monetary union. But nor can the EU allow them to write off any off their debt, because the German government (the main source of bail-out funds) can’t afford to give up pretending that its loans will be repaid: the moment it admitted that Germany was in fact the EU’s milch cow, it would face a taxpayers’ revolt.  The EU rightly urges the bailed-out states to reform their economies, but the short-term political and economic costs of reform are greatly magnified in states that can’t devalue their currency.

France’s President Macron, supported by the European Commission, proposes to bolster monetary union with a fiscal union in which the budgetary powers of the Eurozone member states would be centralised and money would be redistributed from richer to poorer states as automatically as it is from richer to poorer regions within states. Germany and other north European states resist this ‘transfer union’ because they know their taxpayers would not agree to finance open-ended subsidies to poorer states.  Yet without fiscal union the euro remains vulnerable to future economic recessions; Italy’s economy is especially precarious because it is both deep in debt and too big to bail out.  But the EU refuses to contemplate a new Italian national currency being launched to circulate alongside the euro, as some Italian political parties have proposed.

Yet if the European Union were to break up, many of the motives that prompted the nations of Europe to form or join the union would persist. The post-war reconciliation between Germany and France would surely survive. The Italians would still believe they were not much good at self-government and would welcome any outside help they could get. Greece, Spain and Portugal have within living memory been military dictatorships, and they would still welcome the additional legitimacy their young democratic systems derive from a European association. The east European countries would still want to offset the influence of their big Russian neighbour by strengthening their ties with western Europe. The small European countries would still appreciate the status they derive from being actors on a continental stage on largely equal terms with their big neighbours. Even Britain would be happy to join a European association that focused on economic cooperation and minimised any loss of political sovereignty. But, to be successful, a new European association would surely have to be one of independent states dealing directly with one another, not an incipient super-state with a mission to erode its member states’ autonomy.