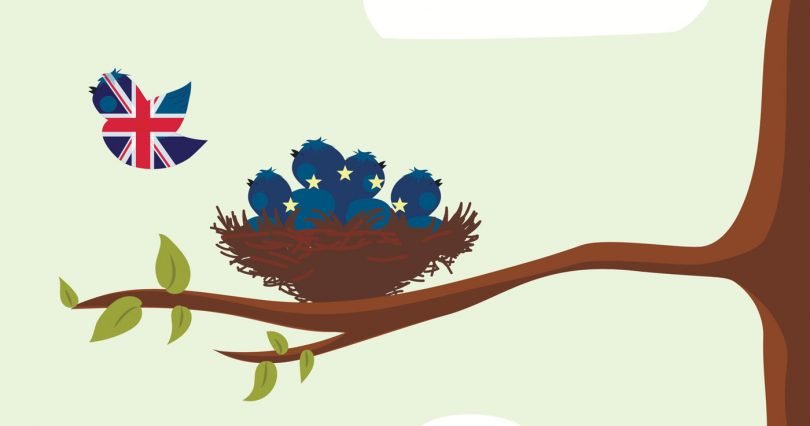 This article highlights some of the myths surrounding the elusive Brexit deal, whilst showing how it has now been hijacked for ulterior political motives.

Achieving an acceptable Brexit deal for all parties involved is an impossible task. Mrs May tried to get a compromise deal but failed miserably. A mutually beneficial Brexit deal is as unlikely to appear as the mythical pot of gold at the end of the rainbow.  By deviating from the official process of leaving the EU and striving for a special Brexit deal, Mrs May created political chaos and public unrest and paid the penalty for her folly.  This article highlights some of the myths surrounding the elusive Brexit deal, whilst showing how it has now been hijacked for ulterior political motives.

Myth No. 1 – A good Brexit deal for the UK is also in the EU’s best interests

After taking up her post as Prime Minster, Mrs May told us that a Brexit deal was definitely possible as it was in the best interests of both the EU and the UK.  This statement is very misleading as it does not distinguish between the exit process and a UK-EU free trade deal.  Certainly, a free trade deal is in the best interests of both parties.   However, losing the UK’s financial contributions together with the prospect of an independent UK becoming prosperous outside of the EU, are most definitely not in the EU’s best interests.  Giving the UK a beneficial Brexit deal would likely lead to other member states following suit, with the potential break-up of the EU. So the EU will never willingly accept any Brexit deal which does not allow it to retain control of the UK’s future economy, thus limiting our future prosperity.

Myth No. 2 – Brexit is a complex and difficult process

We are constantly being told that negotiating the UK’s exit from the EU is a complex and difficult process.  In fact, the official EU exit process is very simple. The member state invokes Article 50 and 2 years later it leaves.  EU permission to leave is not required, there is no need for a negotiated exit deal, and there is no obligation to pay any financial compensation.  It couldn’t be simpler.

Myth No. 3 – Without a Brexit deal there can be no Brexit

Towards the end of her reign as PM, Mrs May actually said that without a Brexit deal there could be no Brexit.  Totally untrue, as after invoking Article 50, the EU has no power to prevent the UK from leaving.

Myth No. 4 – A Brexit deal is necessary to achieve all the benefits of leaving the EU

By simply leaving the EU under Article 50 all of the benefits that 17.4 million voted for in the EU referendum are 100% guaranteed, leaving only the free trade deal to be negotiated which, according to EU rules, can only be finalised after we leave.  The sole purpose of the 2-year waiting period is to provide adequate time to agree upon ways of providing a smooth and orderly exit, something which should be in the best interests of both the EU and the UK.

So why is our Parliament so obsessed with achieving a Brexit deal with the EU?

Now that it is clear a Brexit deal is not a pre-requisite for leaving the EU nor necessary for achieving all the benefits of leaving, one wonders why so much time has been spent trying to achieve one.  In hindsight, Mrs May had to get a special deal with the EU in order to achieve her preferred form of Brexit, which kept the UK closely linked to the EU, complying with EU rules and tied to the Customs Union.  However, with Parliament’s rejection of her Withdrawal Agreement, the ongoing quest for a Brexit deal has since been hijacked by individuals and parties within Parliament for more devious reasons.  Chasing the impossible dream of a Brexit deal is a great way of delaying and disrupting the Brexit process, in order to further their own political agendas.  Remainer MPs are using the Parliamentary deadlock to demand a 2nd EU referendum with the aim of killing off Brexit all together.  Jeremy Corbyn views the current situation as a great opportunity to bring down the Tory Government in order to gain power in an early General Election. Nicola Sturgeon and the SNP welcome the Brexit chaos in Westminster as their justification for another Scottish Independence referendum.

They need to keep the search for a Brexit deal alive in order to avoid a simple Article 50 exit, which has been falsely demonised as the dreaded “no deal” scenario with disastrous implications for the UK economy.  Remainers view the Article 50 exit as the last major obstacle to overcome in their quest to kill off Brexit all together.  To do so, they have deliberately focussed public attention solely on the economy, the only Brexit issue with an element of doubt.  This is to deflect our attention away from all the other clear-cut reasons why we voted to leave in the first place. How many of us would say that the economy was uppermost in our minds when we voted to leave? We assumed that our Government and British resourcefulness would effectively take care of that. However, the economy, because of its inherent unpredictability, is a great way of misinforming the public with so-called expert opinion. Outrageous predictions of doom and gloom have been made without a shred of evidence. You don’t need to be an economic expert to know that the two most important drivers of our future economy outside of the EU will be our ability to negotiate lucrative free trade deals around the world and the freedom of our Government to introduce any initiative which will stimulate our economy and make our companies more competitive abroad.  Both are guaranteed under the Article 50 exit but will not be possible under the current Withdrawal Agreement or any other deal which ties us to the Customs Union.

In summary, achieving a Brexit deal which is acceptable to the EU, the UK, Brexiteers and Remainers is an impossible task.  The key issues are too important, too clear-cut and too divisive to find a compromise solution which keeps everybody happy.  For example, we either remain in the Customs Union or we leave.  We either control UK borders and immigration or we surrender this task to the EU.  We either take back control of our territorial waters or we don’t.  The UK either determines its own future, or we remain under EU control.  There can be no compromise on issues as important as these. There can only be a winner and a loser and only a simple Article 50 exit will ensure that the UK is the ultimate winner.