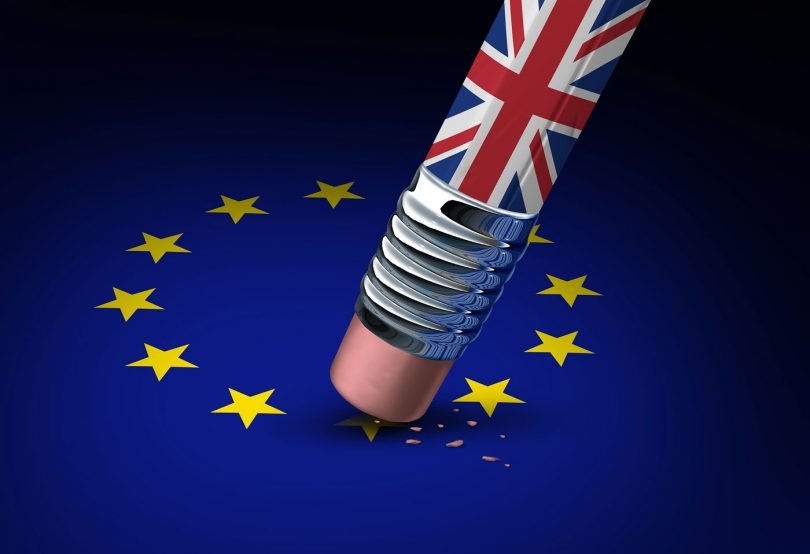 What constitutes a people is sovereignty and the authority and tradition which give it meaning. The widespread sense that it has been lost is a symptom of the deep currents reshaping western democracies. Prioritising the economy over democracy and ignoring the question of sovereignty deepens the existential crisis.

The argument for a second referendum offers a tantalising promise of redemption from political chaos. Parliament cannot decide on a deal and won’t contemplate no deal, so let the people once more have their say. Those who advocate it explain that leaving will shrink the economy. The country will be poorer and the poorest will pay the highest price. We must offer them an opportunity to think again. The economy must come first. And as the argument goes, we will deal with the democracy deficit afterwards.

Those on the left who champion a second referendum with this argument and prioritise economics over democracy should be wary. The liberal market settlement of four decades prioritised economic measures over social and democratic ones and drained the life out of politics. The market prevailed and culture and society were neglected. Millions of voters believed no one was listening to them. Brexit was the consequence.

Back in the 1980s, capitalism was liberated from national government and national democracy. In the view of German thinker Wolfgang Streeck ‘markets had been embedded in states, states now became embedded in markets’. A trans-partisan political elite supported opening up national markets and integrating them into increasingly global markets.  Its liberal right wing controlled the technical and economic sphere, its liberal left wing controlled culture.

National sovereignty was treated as an obstacle to economic freedom. Globalisation promoted the corporation over the nation state and the market over democracy. The conflict between the interests of capital and labour was depoliticized. Political problems were turned into organisational, technical or economic tasks. The EU played its role. It altered the balance of power within the British constitution, away from Parliament toward the judiciary. The Lisbon Treaty made the liberalising of the economy and society foundational to the constitution of the EU.

Third Way social democracy was a product of this capitalist modernity. Its politics was made up of the individual, the market and the state and not much in between. It absorbed the prevailing post-modern sensibility of the intellectual classes. Time and place were flattened out. Tradition, patriotism, the parochial, the unchanged and unchanging were obstacles to progress and needed to be torn up by the roots and moved aside. Its pursuit of an open society could not disguise the declining solidarity of labour, the spread of market transactions in society, and the destruction of social protection and local cultures. The ties that anchored working people in life were coming apart.

Labour lost the election in 2010 because growing numbers of lower middle class and working class voters experienced the liberal economic settlement as neither in their interest nor in the national interest. It has not won an election since. Across Europe voters accused liberal minded elites of abandoning them to global capital and failing to safeguard national sovereignty. Popular estrangement from social democracy became the anti-politics of apathy and cynicism. The democratic process was losing its legitimacy.

Populism broke the spell with its conflict of ‘us’ against ‘them’. The struggle to defend democracy became a conservative issue and was redefined as a national struggle to defend national institutions and cultures. The vote to leave the EU was won by an English coalition of the Tory shires and the ex-industrial working class. It was a vote for national sovereignty against the trans-partisan elite.

What constitutes a people is sovereignty and the authority and tradition which give it meaning. The widespread sense that it has been lost is a symptom of the deep currents reshaping western democracies. Prioritising the economy over democracy and ignoring the question of sovereignty deepens the existential crisis.

Those on the left who dismiss sovereignty as imperialist, or as merely ‘notional’, or as a nostalgic delusion for an impossible national autonomy are making a mistake. Sovereignty, and the authority and tradition that give it meaning, is essential for a democracy and the social order that secures human freedom. And those who mistake authority for power are also making a fundamental error. Authority does not possess power. Its meaning comes from tradition and its function is to pass on the values, beliefs, cultural meanings and political institutions of civilisation for safe keeping.

The Reformation, the rise of Protestantism, the growth of capitalism and liberalism have all transformed our understanding of authority. The bourgeois revolutions of the nineteenth century usurped absolute monarchy and threw the patriarchal symbolic order into doubt. In the modern era the father’s sovereign power gives way to a paternal authority embodied in the law, discourse and morality. Generations of feminism have challenged the idea of an entitled male right to hold authority. A similar struggle has been taking place since empire against the presumption that white people are the holders of a racialised authority.

These are vital political struggles and the left prides itself on being anti-authoritarian in pursuit of human freedom from arbitrary and unrepresentative authority. But in mistaking authority for power, the modern left has not matched its efforts in deconstructing and discrediting its language and traditions with constructive attempts to remake or restore alternative democratic models of authority. Nor is it helped by its view of tradition as the dead hand of the past. As Alisdair MacIntyre describes it, tradition lives in the present as a continuous argument about what a good culture, or institution, or human being should be. Tradition embodies the continuities of conflict that are a vital part of civilisational cultures.

Hannah Arendt warns of the consequences. To live in a political realm without authority and without the awareness that its source lies in tradition and not in those who are in power, and at the same time to be without the protection of tradition, confronts individuals with the ‘elementary problem of human living together.’ Populism in its claim to speak for the sovereignty of the people is a reaction to this dilemma. It is as the political theorist Jan Werner Muller says, the permanent shadow of representative democracy, the first sign of the multitude intent on resetting a political order that people feel excluded from.

Populism should belong to the left, particularly the radical left that makes so much of the multitude. But it does not. The forces driving political change are toward more nation-statism and smaller scale units of governance. The left’s anti-authoritarianism and indifference to nationhood and questions of belonging casts it as the problem, not a solution. And the prevalence of modern identity politics which divides one group from another in a hierarchy of moral value offers no shared sense of how people can live together.

Authority matters because it defines the boundaries both real and imaginary of the social order. These are not rigid lines. Social, cultural and psychological borders are forms of communication about who and what we are. They both separate and unite individuals and peoples. Authority is the means by which a society contains estranged interests and incommensurable differences in dialogue and mutual agreement of a common good. When authority is weakened and when the sovereignty that constitutes the people as a political community is contested, boundaries become fragile, communication starts to break down, and politics becomes paranoid.

A politics of sovereignty

At the heart of the British constitution has been the idea of sovereignty as a balance of power. Democracy is a continuous negotiation between interests in order to resolve conflict and reach agreement on the common good. Sovereign power is not the enforcing of one interest over another, but is located in the process of negotiating a balance of power between them. It is contingent and not codified or absolute and so it is reliant upon robust institutions, and on an authority born of tradition which invests them with legitimacy. Democratic politics is about achieving a balance of power and so it is always paradoxical and involves the compromise of give and take.

Brexit has undermined parliamentary sovereignty and so destabilised the democratic balance of power. The European Communities Act 1972 which gave statutory effect to Britain’s membership of the Common Market introduced the principle of the sovereignty of the people into the British Constitution. The constitutional expert Vernon Bogdanor argues that the referendum as a democratic instrument provides the people with protection from a sovereign parliament on major constitutional changes that people do not want. In 2016, for the first time in British history popular sovereignty overruled the wishes of parliament. The electorate instructed Parliament to leave the EU.

Those who had not been listened to, made their voices heard. Parliament however is unable and unwilling to carry out their decision and take Britain out of the EU. Theresa May’s deal only half completes the job. Northern Ireland is dislocated from the Union and the UK is permanently locked into the customs union. Chancellor Dominic Grieve’s amendment now gives MPs the right to suggest amendments to the deal.

Parliament may have reasserted its sovereignty over the executive but its legitimacy rests on the sovereign decision of the people. To attempt to evade this constitutional obligation either through amendments that undermine Britain leaving the EU or by a second referendum will be to assert a Parliamentary absolutism. It will be to represent the interests of the middle classes and elites that support Remain. It would be to choose conflict and political domination over the the restoration of a balance of power and the pursuit of national unity. For Labour to pursue either course of action will hasten the end of its historic role as the party of the labour interest.

A party of the labour interest needs be the party of the nation state. Internationalist and open to the world but  protecting working people and prioritising the national everyday economy where the majority work. Instead of simply being anti-authoritarian, it must offer alternative democratic models of authority. And instead of aligning itself with identity politics it needs a shared common culture of mutual obligations in which all citizens are of equal value. Raymond Williams in tracing the radical tradition of English modernity in Culture and Society describes it as the active mutual responsibility of a culture in common which stands for an equality of being. The Labour Party grew out of this modernity and has helped to make it. The liberal political settlement of the 1980s and 1990s and Third Way politics erased Labour’s traditions. It needs to recover them in order to restore democratic sovereignty and build a national unity.

Professor Jonathan Rutherford is Emeritus Professor of Cultural Studies at Middlesex University.  He is a writer, political adviser, and co-founder of Blue Labour.