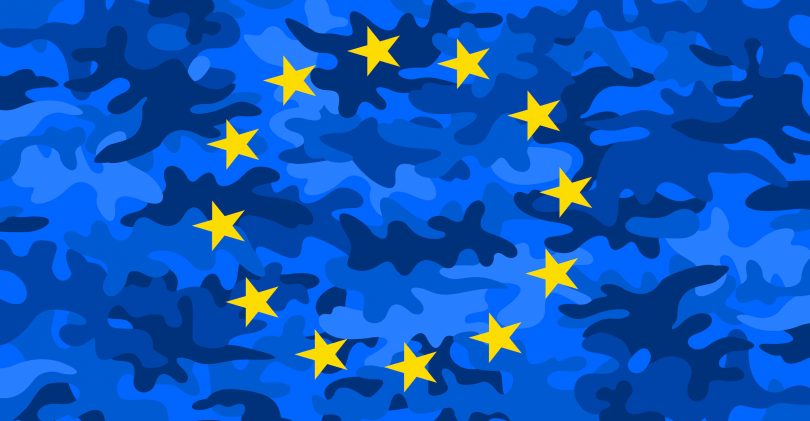 DEFENCE has been a major topic of concern for Brexiteers since 2016 and the problem still has not gone away even during the future relationship talks.

Now, in August 2020, there are still many unanswered questions. These three are the most important:

At times it seems that Westminster is not interested in asking these simple questions.

There is very little discussion, but when it does take place it is led by statements from pro-EU and EU-funded think tanks and politicians and their words are a poorly-informed PR exercise. Attachment to EU political-military mechanisms is mis-sold as ‘ad hoc cooperation’, ‘whenever we choose’ – when no such option exists.

They explore prospects for industrial benefit without ever mentioning the prevailing harm to industry and sovereignty. This language is inevitably promoted and at times seeded by the most senior civil servants, which in turn binds the hands of ministers.

It should be clear to anyone who takes the time to look beyond this language of UK officialdom that the EU’s proposals for ‘cooperation’ actually mean deep and binding structural attachment which would increasingly put the EU in the driving seat.

To complete the circle of influence, UK defence industry was also led to believe the EU’s coercive ‘cooperation’ proposals were somehow a cash prize and, in response, has been active in calling for attachment at semi-official roundtable events with ministers.

It is a tale of woe, but a few positive notes in August 2020 include the Government’s apparent insistence that it will not allow the UK to be bossed by EU rules and decisions. This ‘should’ mean UK negotiators avoid uncomfortable commitments, but it would be naïve to imagine that Whitehall’s worst EU fanatics are not currently trying to find a way around this.

In February, there was no mention of the word ‘defence’ in the UK’s plan for the future partnership talks. Senior Whitehall officials said the UK had ‘chosen not to prioritise defence, for now’. Avoiding a devastating con trick ‘for now’ is not very reassuring.

Against this backdrop of uncertainties, hidden language and false briefings, it is essential to state that the pro-EU team, whether in Westminster or Brussels, is playing to win.

Two prominent EU-funded London think-tanks went public with elaborate expressions of support for the EU’s new defence architecture in July. Within days, the EU repeated its message that it expected the UK to discuss its defence terms.

Sure enough, the spectre of EU defence proposals was evident again in EU-UK talks over the summer. One of the negotiating sessions this week is titled with the euphemism ‘Participation in Union Programmes’. The EU’s negotiating strategy of February 2020 reveals this phrase includes their political structures for defence.

It is positive that the UK negotiator David Frost appears to be standing firm against the EU’s perfidious agenda. He appears to be sincere about restoring undiluted democratic control over UK political decisions.

If our politicians have not been informed about how the EU’s defence proposals undermine UK control, how can we be confident that Government and its appointed negotiator Mr Frost will spot the defence problem when it appears on the negotiating table?

It would take a simple statement from No10 to solve this problem. It is a mystery – and deeply concerning – that No10 has not already issued such a statement and so put this topic to bed.

The statement would say the EU’s proposals for defence involve such deep commitment to growing EU rules, policy and payments that they are incompatible with the UK’s goal of being an independent sovereign state and we refuse to even touch this spider’s web.

David Banks is a former Conservative Party adviser who has worked with Veterans for Britain since its formation during the referendum campaign. He has been a media advisor for City of London companies and before that was a financial magazine editor working in the UK and United Arab Emirates.

Photo by M-SUR from Adobe Stock