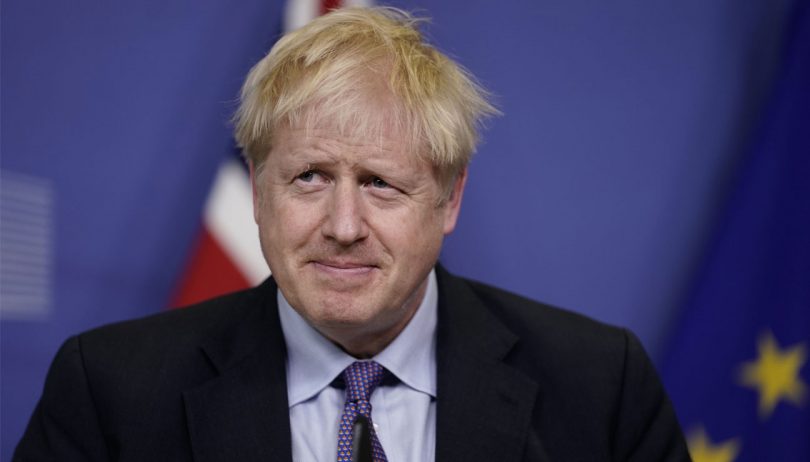 The EU and its British supporters are presently concentrating their fire on Boris Johnson’s refusal to countenance an extension of the so-called “Transition Period” beyond the end of 2020.  A typical example is the EU’s trade commissioner’s accusation of “brinkmanship” by the UK.[1]

The EU is doing what it has done best since Brexit: using misleading rhetoric to justify a self-serving position.  Just as the EU and its supporters rallied around rhetorically attractive non sequiturs such as “what was agreed as twenty-eight must be paid for by twenty-eight”, so it now wishes to rally support behind what it presents as a common-sense approach: that eleven-months is not enough.

As well as answering this position on a technical level, by analysis of what can be agreed, it is important to answer it on the politically important rhetorical level.

The present problem is entirely one of the EU’s creation.

This is not just in the rhetorically attractive sense of a playground “EU started it”, but the nature and extension rules of the transition were part of an EU strategy to systematically play brinkmanship.  The EU’s difficulty was that they expected to be negotiating against Theresa May with a Remainer Parliament at her back.

The whole problem started in the EU’s refusal to negotiate anything about the future before Brexit, as Sir Peter Marshall has repeatedly emphasised on Briefings for Brexit. It refused to make any use of the nine months between the referendum and the Article 50 notice being submitted on 29 March 2017.  The EU concocted an absurd doctrine that Article 50 forbade discussions on the most important part of any secession negotiation, what replaces all the ties and relationships previously handled by EU law. Even if Article 50 somehow did not provide a legal basis for entering into binding legal relationships with the UK on such matters, there is no limit on the EU and its member states discussing and agreeing things in principle – the EU was able to enter into re-negotiation talks with David Cameron, and left the business of final legal form to later.

The EU’s insistence on “sequencing” negotiations meant that everything it really wanted could be obtained before the UK could even reach the negotiation table on the future relationship.  “The clock is ticking,” was M. Barnier’s refrain – and the EU made sure it ticked down repeatedly.  There was “sufficient progress”, and then the “stand-still transition”, with decisions left for EU summits to generate quarterly deadlines.

The EU deliberately squandered the two-years allowed by Article 50 for constructive negotiations, and then spent the 10 months of extensions playing brinkmanship over contingency plans for the Irish border.  So we have now come to the Transition Period.

Consider the nature of the “stand-still Transition”.  Once the UK accepted the EU refusal to negotiate the future, there was a choice between a post-departure transitional agreement or going direct to “no deal”. The EU declared that it would only accept a transition if the UK stayed subject to EU law but without voting rights. Lord Kerr, a former UK representative in Brussels, told the House of Lords that the UK would have to “come to heel”, and accept these terms, accusing the UK of “cherrypicking” for wanting something that was not so monstrously undemocratic.[2]

If this were not bad enough, there was more to follow.

Article 132 of the Withdrawal Agreement (which has stayed the same since the days of Theresa May) sought to create new opportunities for M. Barnier to dust off his ticking clock:

Notwithstanding Article 126, the Joint Committee may, before 1 July 2020, adopt a single decision extending the transition period for up to 1 or 2 years.

It is an incredible provision.  Any extension requires agreement six months before the expiry of the transition, and the extension must be for 1 or 2 years.  Hence, had the May-Deal proceeded on 29 March 2019, the decision-day for an extension would have been just fifteen months later, with much of the intervening time being used up on European elections and by the EU replacing its Commission.

In short, the EU designed Article 132 of the Withdrawal Agreement to send Theresa May hurtling towards another deadline, with M. Barnier’s ticking clock providing the soundtrack for the EU to extract more concessions as the price of the extension.

The reality of the UK’s choices

It is a fine thing for Caroline Lucas to ask why “constructive negotiations” should be cut short by an arbitrary deadline.  We can expect this question to be asked repeated in the next few months by the EU and its UK supporters’ club.

However, when we appreciate the background, we find rhetorically satisfactory responses.  The EU has created the problem.  The EU has systematically refused to start constructive negotiations.  The EU has time and again used the brinkmanship of “no deal” to extract concessions, and revelled in the ticking-down of the clock.

Extending a transitional period might just be acceptable if the terms of the transition were fair and equitable—but the EU went out of its way to design a monstrously undemocratic transition period.  The EU could have recognised the democratic objections but it choose not to.  The EU even designed the extension provisions as a trap, expecting to face the same government with the same domestic weaknesses.

Article 132 of the Withdrawal Agreement gives the UK no possibility of agreeing a short, last minute extension of the transition for practical reasons, as Caroline Lucas seems to hypothesise. There is in fact only the possibility of the UK giving an early agreement to a lengthy extension to the absolute power the stand-still transition gives to the EU.  For Boris Johnson to make such a request is to tell the EU precisely what Theresa May told them when she accepted the one-sided sequencing of the Article 50 negotiations: that the UK is so desperate to avoid “no deal” that it will accept just about anything.  If Boris Johnson had indicated a willingness to extend, the EU would probably be dusting off its “sufficient progress” tactic in advance of the extension agreement deadline of 1 July 2020.

It might have been desirable to have had on the table the realistic possibility of extending constructive negotiations simply for the practical purpose of getting last-minute details wrapped up.

However, if the EU had negotiated constructively, we would not be in this position.  If the EU had designed a less Draconian transition period, its extension might be acceptable.  If the EU had designed Article 132 to allow for short, last-minute extensions, there would be less pressure on the decision.  All these matters come back entirely to decisions made by the EU when it was treating the Article 50 process as a diktat.

If the EU were to be truly constructive it would start by renouncing the undemocratic nature of the extension period and the straightjacket of the transition’s extension terms.  This could be achieved by allowing the stand-still transition to be superseded by new treaties in those areas where agreement is reached, with provisional agreements elsewhere.  But the EU cannot legitimately demand that the UK must by 1 July 2020 “come to heel”, as Lord Kerr charmingly put it.

So, when the EU says that not everything can be agreed by 31 December 2020, that is fine.  The only constructive way out of the predicament created by the EU’s earlier diktats is to agree what can be agreed, and find an equitable transition for those issues that remain.

Titus is a young academic who wishes to remain anonymous