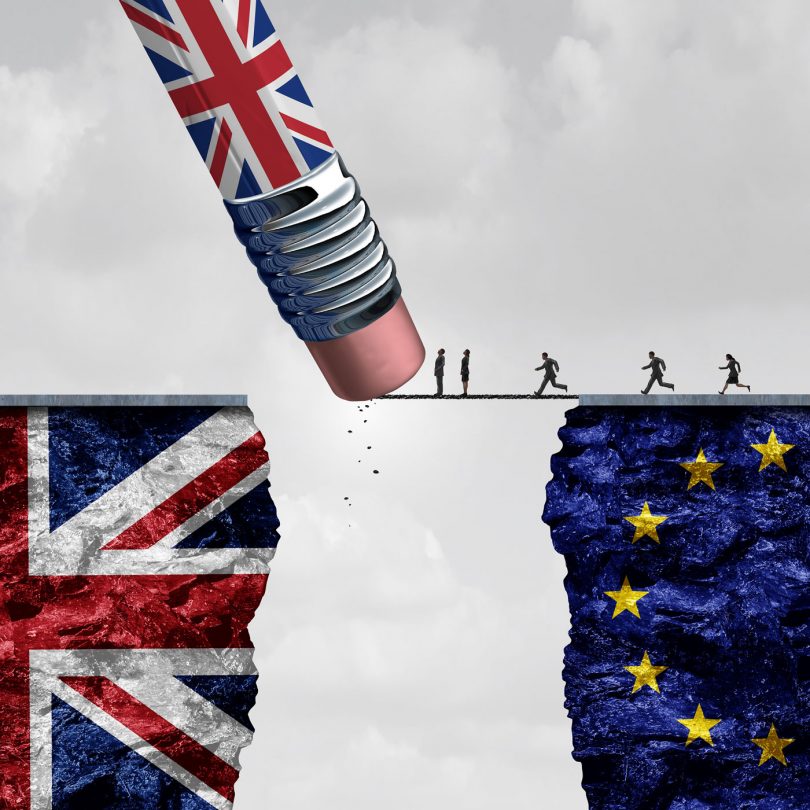 Martin Davison argues that the notion of a hard border in Ireland has never been defined, but even if the actual border involves no infrastructure and no checks the EU will still view it as a hard border. A longer version is available on the REPORTS page.

It is difficult to believe that the UK and the EU have become embroiled in acrimonious negotiations over the avoidance of a hard Irish border without ever agreeing what exactly they mean by the phrase ‘hard border’.

It at least seems clear that, in giving its own commitments, the UK uses ‘hard border’ in its most natural sense of a visible national frontier, protected by border guards and equipped with customs posts. The EU has, however, been more equivocal. Indeed Michel Barnier unabashedly declined to say what he meant by ‘hard border’ when invited to do so by a parliamentary committee!

This is bound to raise suspicions. The same committee had earlier been told by a Northern Ireland academic that there could still be a hard Irish border even if it is invisible and frictionless on the ground. This would be a frontier with no physical infrastructure at all. No checks or controls of any kind would be carried out at such a border. But it would still be a hard border, “if the UK as a whole, including Northern Ireland, leaves the Single market and the Customs union.” In this academic world it is not a question of physical infrastructure at the border but of different rules on either side of the border.

If so, the parties to the negotiations are at cross-purposes. The UK seeks to maintain an invisible border between Northern Ireland and Ireland, with no physical infrastructure or checks and controls at the border, whereas the EU requires that there be no friction at all at this particular new boundary of its Customs Union and Single Market, whether it occurs at the border itself or elsewhere.

If one examines statements made by Barnier since last December’s Joint Report, there is evidence that this is indeed what is going on. The tactic is to argue that a hard border is inevitable if the whole of the UK leaves the Customs Union and the Single Market, the EU’s strategic aim being to keep a departing UK as close as possible and to minimise the economic competition it would otherwise face.

It is in fact clear from the EU’s published negotiating Guidelines and Principles that they have always had two clear aims with regard to the island of Ireland. Firstly, a hard border must be avoided and in its negotiating documents the EU implicitly uses the phrase in the natural sense of a visible border with physical infrastructure. But secondly, it emphasises that the integrity of the Union’s legal order still has to be respected.

Michel Barnier himself can be seen to be making the same two points in his January evidence to the parliamentary committee, even if he prevaricated over the precise nature of a hard border. Even more clearly, the Irish government, now loyally dancing to the EU’s tune, originally specified the visible nature of a hard border, while hinting at the EU’s additional requirement.

It is when one turns to two speeches made by Barnier, in Brussels in February and in Dundalk in April, that one finds evidence that the original clarity over the visibility and physicality of a hard border is being blurred by the additional requirement that the EU’s legal order should be respected.

Analysis of the Brussels speech suggests that, when he refers to border checks, he means any checks, wherever carried out, necessitated by the creation of a new EU border through the UK’s decision to leave the Single Market and the Customs Union.

Then, in the Dundalk speech, Barnier once again uses ‘border checks’ in that sense. But he goes on to imply that, according to what he describes as his ‘logic, border checks defined in that way create a hard border, even if there is no physical infrastructure at all at the border itself and no checks and controls take place there.

In effect, what Barnier is doing is to conflate what were originally two separate elements: avoidance of a hard border and protection of the integrity of the EU’s legal order. In this way, even an invisible border with no physical infrastructure can be a hard border and there are only two ways to remove the threat to the EU’s legal order without introducing such a border. Either the UK, or Northern Ireland alone, could remain in the Single Market and the Customs Union or the UK could carry out the requisite checks and controls at its internal border between Great Britain and Northern Ireland. But, as he must know, neither of these alternatives could be adopted by Theresa May’s government.

A vigorous response is now called for from the UK. The EU needs to be reminded that the commitment to avoid a hard border was made in the light of the Irish peace process and clearly it is a visible border with physical border infrastructure that has to be avoided in that context. There is no threat to the peace process and the Good Friday Agreement from the other sort of hard border. And, if the integrity of the EU’s legal order can be maintained through checks and controls conducted away from the border, then the commitment to avoid a hard border is met.

Of course, that is a big ‘if’ and finding a solution is an enormous political challenge for Theresa May. She must get both her cabinet and Parliament to agree on the future customs and regulatory arrangements and then reach agreement with the EU. But the first step has to be to settle the contentious issue of the nature of a hard border.