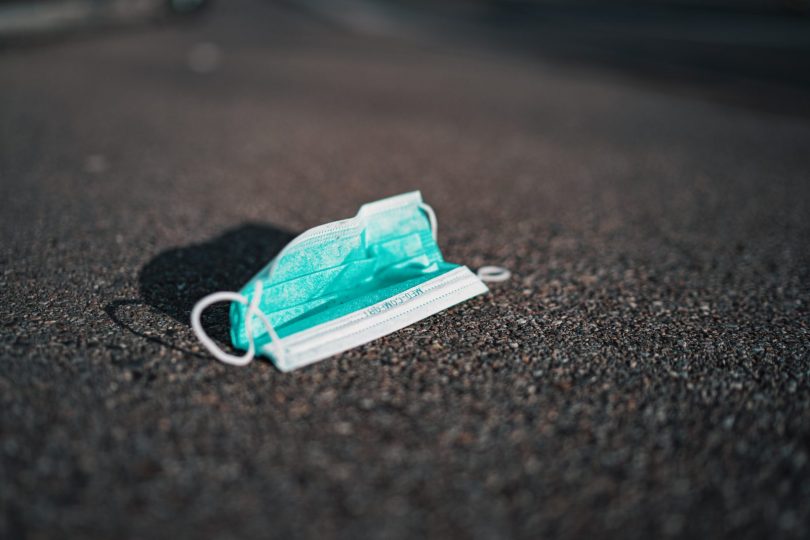 With a long personal experience of running a retail business, John Mills speculates on how the commercial world will look after the corona virus pandemic subsides. He foresees some reduction in wealth inequality and a reassessment of the value, remuneration and respect attached to low paid but essential jobs. A smaller economy may result but with a larger public sector.

Sooner or later the corona virus will abate, and the current crisis will be over. What will the world look like then? Nobody knows, but it may still be worth making some informed guesses, which may in turn impact on the way we tackle the present. We can certainly expect to see an economic environment very different from what we had before the corona virus hit us. Here are some suggestions about what the bigger changes might be.

Although there will be a recovery, some parts of the economy will have been much harder hit during the pandemic than others. In the public sector, central and local government, the police, the armed forces, and of course the NHS will all have been under great strain but with ample demand to stop them contracting.  The same will be the case for large sections of the private sector, such as  food, energy and pharmaceutical production and distribution, let alone distance shopping with all their deliveries They will therefore have grown in size relatively to hospitality, non food and drug brick and mortar retailing, air, sea and land transport, entertainment and all the other areas of the economy which have lost nearly all their customers. Once something like normality returns the hard-hit sectors will bounce back, but probably not very quickly to anything close to 100% of where they were before. People will have got used to new lifestyles such as more cooking for themselves and wider use of home entertainment, all of which will be hard and slow fully to reverse. The economy will therefore emerge with a very different shape compared to where it was before the coronavirus crisis started.

The commercial landscape will inevitably alter massively as a result. The government rescue schemes will have staved off bankruptcy for many companies which might otherwise have gone under but very probably at the price of huge liabilities being accumulated by businesses in the sectors needing government support. This will take the form of either loans which will eventually have to be repaid or – perhaps – by the state acquiring equity stakes in thousands of businesses once their credit worthiness for loans has been exhausted. After years of effort by successive governments to reduce the size of the public sector, to privatise and deregulate, the impact of the corona virus will be massively to increase the proportion of economic activity owned or obligated to the state and thus at least to some extent controlled and run by it. Corporate profitability will take years to recover fully as repaying debt and regaining control over equity is bound to have priority.   It is likely to be many years before the stock exchange recovers the ground it lost from its peak of 7674 on 17th January 2020. The consequence will be potentially quite a significant reverse of the increase in wealth inequality which has marked the last decade.

Some reduction in wealth inequality may well also be accompanied by a widespread reassessment of the value and thus the remuneration and respect attached to different jobs compared to those awarded to them in the past. In the middle of the current corona crisis, who thinks that bankers and City solicitors deserve to be paid huge multiples of those keeping food on the shelves in supermarkets or keeping our streets and homes clean, let alone those working on the front line in the NHS? The varying amount of pay received by people with differing occupations is partly driven by economics, but a lot of it is the product of convention, history and the leveraging of connections.  This may be fertile grounds for a move back to something much closer to the top rates of income tax which prevailed during  the first few decades after World War II when not only was there  much less income inequality than there is now, especially post-tax, but our economy was growing faster than it has done recently.

Our current prospects are not, however, for a larger economy once the corona virus recedes but for a considerably smaller one. How much smaller? It is very hard to tell, but history within living memory tells us just how large reductions have been in the past.  GDP fell by 30% in the USA between 1929 and 1993, and the fall in Germany over roughly the same period was 24%. We probably won’t do as badly as this, but a reduction of, say, 15%, would mean that living standards would on average have to fall – other things being equal – by this amount across the board. We can’t, certainly beyond a certain point, pay ourselves more than we are producing. This may cause very substantial problems over differentials. Is it fair that those on employment contracts in the less adversely affected parts of the economy should go on being paid the same amount as they were before while other people, through no fault of their own, see their incomes decimated? Because wages and salaries are very “sticky” and thus difficult to reduce, this may well lead to more pressure for higher levels of income tax, especially on high earners but also on everyone else, to level up the playing field and to stop the economy becoming overheat and inflation taking off again.

And where will this leave us with globalisation? Would the impact of the corona virus have been as bad as it is if here had been less foreign travel? Is it really the growth of international trade which has made the world so much richer than it was 50 years ago? Or is it investment in the most productive ways of building future increases in output – particularly mechanisation, technology and power – which could have taken place much more evenly over the world, with a lot less depending on international trade? Is it really sensible for the UK to have deindustrialised to a point where we are struggling domestically to produce anything like all the ventilators the NHS needs while China can produce them in vast quantities? Globalisation has undoubtedly had benefits in fostering the distribution of efficiency and best practice, spurring competition and taking advantage of specialisation, but it has also led to huge trade imbalances, the hollowing out of labour forces in the West and vulnerability as complex international supply chains get disrupted.

The result of pressure to reshape the way world commerce and industry is organised may be an important ideological battle between the East, led by China, with a potentially still isolationist USA providing a faltering lead in the West. China appears to be recovering from coronavirus with less damage done to it than seems to be likely to the case in Europe.  The Chinese economy may therefore go on growing, as its government switches demand towards its huge population and away from depending nearly as much as it has done in the past on export markets. Meanwhile the West may struggle to get back on its feet with anything like comparable speed. If this happens, as seems likely, hard and soft power as well as economic muscle will continue to migrate eastwards, leaving the West and its liberal democratic way of life increasingly under threat of competition from a much more authoritarian East.

These developments are likely to be accentuated by the West being under increasing pressure from many other sources than the corona virus. In the UK, as percentages of GDP, it is hard to see total health expenditure not climbing by a good 2% from 10% to 12% over the next decade. Increased social care and pensions for our aging population could account for another 2%. Reversing recent cuts in education – and especially training – will probably entail another 1% while climate change could easily come to 3%. Adding all the impact of all these pressures together comes to a total of around 8% of GDP, which is 10% of total consumption. With recovery of the lost ground from coronavirus to be added on, the future, if we can’t produce more rapid growth than recent policies have achieved, looks really daunting.

And this may lead to another major change of perception. It is increasingly clear that it is deindustrialisation, and the collapse of light industry in the UK, which has been the main cause of our stagnant productivity. More manufacturing in the UK is also our best bet for closing our huge balance of trade deficit and also the key to arresting, and perhaps reversing the massive imbalances there are between London and the rest of the country. Ought we therefore to consider a programme of reindustrialisation at least to get us some of the way back to where we used to be?  If we could get the proportion of GDP coming from manufacturing up from its current 10% to something like 15%, we would be in far better shape to tackle the problems of post coronavirus recovery  To achieve this objective, however, would mean running the economy with monetary policies, particularly on the  an exchange rate, which make it profitable to site new production capacity in the UK – rather than China, Germany or Holland  We would have to run the economy much more in the interests of manufacturing and the regions instead of finance, services and London.

Where would all these changes leave our politics? Impossible to say. The initial impact of coronavirus everywhere seems to have been to restore a measure of faith in experts and to put a good deal of trust into our existing leaders.  Will this last? It may do if their leadership and judgement justifies trust in them being maintained, but otherwise not. Which of these outcomes will materialise? Only time will tell

John Mills is Chairman of JML, author of several books on economics, a former Labour councillor and was a prominent member of Labour Leave.