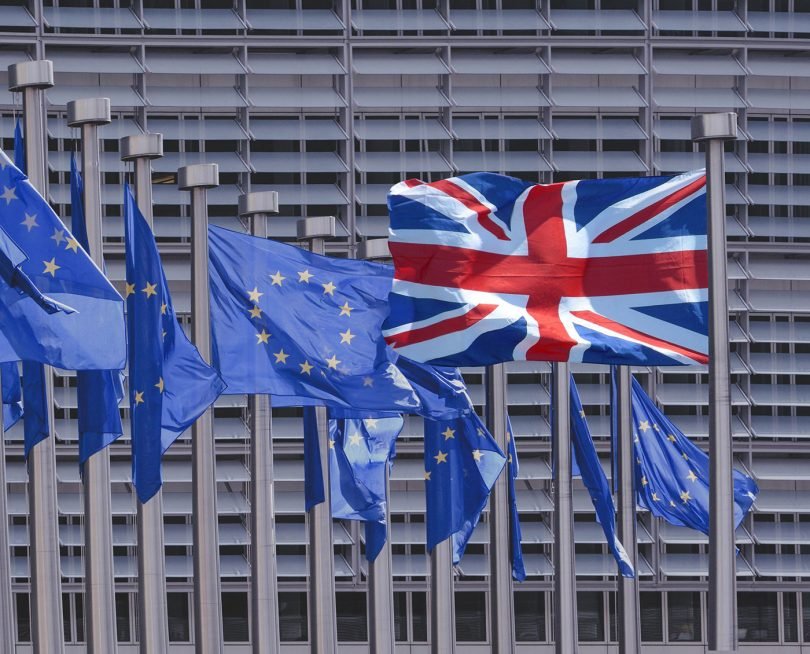 Sir Richard Aikens QC summarises evidence given by himself and Martin Howe to a House of Lords Select Committee on what tribunal should determine any disputes that there might be about the interpretation of the terms of the “Withdrawal Agreement” that has to be agreed between the UK and the EU on leaving the EU. Sir Richard and Mr Howe advocated a solution which is simple; a tribunal consisting of distinguished judges from both the EU 27 and UK. The rights of EU Citizens would be the same as for UK citizens and any disputes could be arbitrated by the new tribunal.

On 20 March 2018 Sir Richard Aikens (on the Advisory Committee of Briefings for Brexit) and Martin Howe QC, chairman of Lawyers for Britain, gave evidence before the Lords EU Justice Sub-Committee.  The key question addressed was:  what tribunal should determine any disputes that there might be about the interpretation of the terms of the “Withdrawal Agreement” that has to be agreed between the UK and the EU pursuant to Article 50(2) of the Lisbon Treaty.

Sir Richard’s argument started from the premise that the Withdrawal Agreement will be an international treaty agreed between two sovereign entities:  the UK and the EU.    When it comes into force the UK will not be a part of the EU.  The treaty will govern the rights and responsibilities of the two parties to it.   The treaty will cover very many topics, including the rights of EU citizens in the UK post-Brexit, the rights of UK citizens in EU states post-Brexit, civil and criminal justice, international family justice issues and UK-EU trade and commerce to take some obvious examples.   Sir Richard pointed out that where agreed matters had to have the force of law within the UK then it would be necessary to transpose the treaty provisions into domestic legislation, either by an Act of Parliament, or by the use of some power to give them the force of law through the mechanisms proposed in the European Union (Withdrawal Bill, which will give ministers power to put forward new laws relating to the Withdrawal Agreement by means of subordinate legislation.

The provisions of the Withdrawal Agreement that have to be implemented as part of domestic law will be enforced by the UK Courts.   They will be applying UK law and will grant UK law remedies when appropriate.   If any UK legislation passed pursuant to the Withdrawal Agreement is based on existing EU law, then the UK courts would be bound to take into account any interpretation of that EU law that had been given by the CJEU, although they would not be strictly bound to follow it.

The difficult question that must be solved is which tribunal is to adjudicate if there is a dispute about the interpretation of a provision of the Withdrawal Agreement, whether or not it has been given the force of law in the UK.  For example, what if a litigant said that the UK courts had misinterpreted the treaty obligations?   Both Sir Richard and Mr Howe emphasised that, post –Brexit (at least post the “transition period”), the UK cannot be subject to the jurisdiction of the Court of Justice of the European Union because that will then be a tribunal of a a foreign sovereign entity.    As Sir Richard put it: the CJEU “in blunt terms, will be a foreign court.  [The UK] will not be party to its structure, [the UK]  will not have one judge as a member;  [the UK] will have no staff there and no Advocate-General..”.  Therefore the idea of the UK being subject to the jurisdiction of an entirely  foreign court is bizarre.  As Mr Howe pointed out, such an arrangement is virtually unprecedented in modern international relations. There are no existing examples of the CJEU having jurisdiction over a non-member state.

Sir Richard and Mr Howe advocated a solution which is simple; a tribunal consisting of distinguished judges from both the EU 27 and UK.  This would be an independent and authoritative.   There is a precedent for it (albeit the format is that of an arbitral panel) in the EU-Canada Comprehensive Economic and Trade Agreement (“CETA”).  That provides a mechanism whereby disputes as to whether one party or the other is abiding by its treaty obligations can be resolved by a panel of arbitrators who have been selected by both parties.    The two parties to CETA must abide by the tribunal’s ruling.

Mr Howe suggested that there could be a “filter” mechanism to ensure that, in the early years, the chosen tribunal was not overwhelmed with requests to interpret the treaty provisions.   Within the UK a single court would take references from other courts within the UK in cases in which issues about the interpretation of the Withdrawal Agreement had arisen.  If there was an issue on interpretation that arose on the EU side, then this would be referred to the independent tribunal via the European Commission.

It was suggested that when the UK left the EU, the rights of an EU citizen who continued to live in the UK would be “diminished” if that citizen could not longer have access to the CJEU if the citizen thought that the UK or its courts were not respecting his or her rights as an EU citizen.   This is incorrect.   First, the post-Brexit rights of EU citizens will be governed by the terms of the Withdrawal Agreement which will be binding on the UK and the EU as an international law instrument.  Those rights will therefore have been the subject of agreement at the level of international law by the EU and the UK.   Secondly, by definition, as the EU citizen will have chosen to continue to live in the UK after it has left the EU, no person who lives in the UK can appeal to a court of an entity (the EU) of which the UK is no longer a part.  Thirdly, the rights of the EU citizen, post-Brexit,  that are contained in the Withdrawal Agreement,  will be given the force of law in the UK  and will be enforced in the UK Courts.  Fourthly, if the EU citizen believes that the UK Courts have misinterpreted his or her rights contained in the Withdrawal Agreement, then the proposed independent tribunal can be asked to adjudicate on the matter.