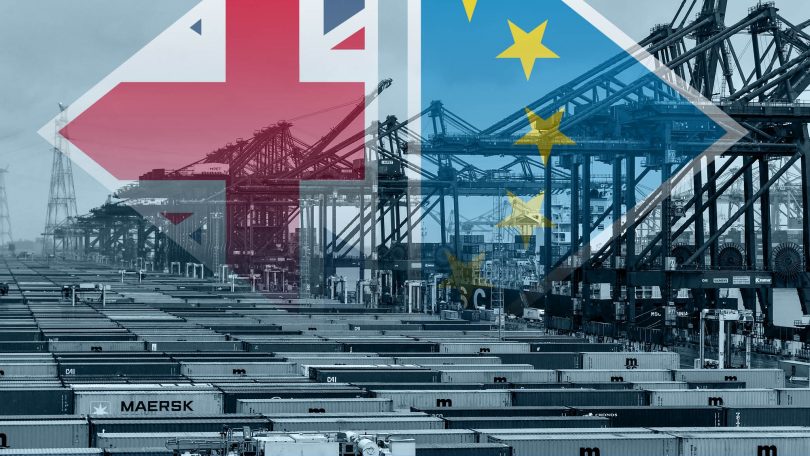 On New Years Day 2021 the UK will begin to operate its own tariff regime on imports for the first time since 1973. These new tariffs will influence trade, prices and other aspects of the UK economy. This informative article from the UK Trade Policy Policy Observatory at the University of Sussex outlines the new regime and explains how it differs from the EU’s Common External Tariff regime which the UK has been bound by until 2020.

On Tuesday 19th May the UK’s ‘Global Tariff’ was published. These are the tariffs that will apply on any products that the UK imports on a Most Favoured Nation (MFN) basis from the end of the transition period when the UK is no longer bound by the EU’s Common External Tariff. The published tariffs come after a public consultation on the subject was held in February this year.

This note summarises how the new tariff compares to the UK’s current MFN tariffs (which are also the rates that the UK has bound in the WTO for after the transition period) and outlines what has changed since the tariff consultation.

How does the Global Tariff compare with the UK’s current MFN tariff schedule?

Under the new Global Tariff, 66% of tariff lines will see some degree of change.

Tariffs on around 2000 products have been fully eliminated, almost doubling the number of tariff-free products compared to the existing EU MFN schedule. A further 40% of tariff lines have been ‘simplified’ meaning that they have either been rounded down to the nearest standardised band, or have been converted from specific duties into simple percentages. And just under 10% of tariff lines have been converted from being expressed in € to being expressed in £ using an average exchange rate over the last 5 years. This conversion also entails some degree of simplification, as specific duties have  been rounded down to the nearest £, and for two-part duties, which include both a percentage tariff and a fixed charge, the percentage component has been rounded down to standardised bands.

Figure 1 shows the tariff changes by product groups, as well as the simple average tariff rates under both the current MFN regime and the Global Tariff. The largest relative change (shown on the left) is for stone, plaster and cement, where around 85% of tariff lines have changed to some degree, just under half of which have been fully liberalised. This is followed by processed food products, where most of the change is due to conversion of specific duties, and plastics and rubber products and chemical products where the vast majority of tariff lines have been simplified (rounded down).

It is also interesting to see in which sectors relatively less has changed. One notable example is the textile industry, where  68% of tariff lines remain unchanged, most of which maintain tariffs of 8% or 12%. Indeed, the Government states that tariffs on textiles (as well as products such as bananas, raw cane sugar and certain types of fish) have been retained in order to avoid preference erosion for developing countries.

Finally, figure 1 also shows that the impact on average tariff rates is modest. The sectors with the largest changes are articles of stone, and leather products, which both see declines in average tariff rates of around 1.8 percentage points respectively. It is particularly notable that in some sectors, such as plastics and rubber, chemical products as well as fats and oils, the average tariff rates stay almost unchanged despite a large number of products being simplified (rounded down).

The tariff averages given in figure 1 exclude any non ad-valorem tariffs (i.e. tariffs which are not expressed in simple percentages).[1] These figures therefore do not reflect any changes to average tariffs that arise due to currency conversions, but it is worth noting that the conversions have been made based on an average exchange rate over the past 5 years, of 0.83687. Given that today’s exchange rate is 0.89 this implies a de facto 6% ‘liberalisation’ compared with today’s rates.

Note: Based on 8-digit level of aggregation (although some tariff lines have been broken down further into 10-digit categories). Product groups ‘wood pulp’ and ‘works of art’ have been excluded as all tariffs under these groups are already zero. Averages exclude any non-ad valorem tariffs.

How much trade is affected?

The tariff changes would increase the share of imports that can be imported duty-free from countries currently trading on MFN terms. Under the Global Tariff, around 70% of the UK’s imports from ‘MFN countries’ would be duty-free compared with around 52% currently. However, the Global Tariff is far less liberal than the UK’s (now superseded) ‘No deal’ tariffs that were published in October last year, which would have seen tariffs eliminated on around 95% of imports from ‘MFN countries’.

If the UK and the EU do not reach a trade deal by the end of the transition period, the Global Tariff will apply also to imports from the EU. In this scenario, only around 44% of imports from the EU would be tariff free, compared with 100% currently. This is a higher share than if the current MFN tariff schedule was applied on EU imports, but is a much smaller share than it would have been under the ‘No deal’ tariffs.

Table 2: Percentage of the value of UK imports facing 0% tariffs

What has changed since the tariff consultation?

All of these figure to some extent in the new Global Tariff:

1. The consultation defined nuisance tariffs as 2.5% or less and would have eliminated around 900 tariffs. In the Global Tariff, the threshold has been set at tariffs less than 2%, which eliminates just under 500 tariffs.

2. The Global Tariff rounds down (simplifies) in bands of 2% rather than 2.5% for tariffs below 20%. This seems a minor change, but it matters for a broad range of textile products which currently face tariffs of 12%. Under the consultation proposal these tariffs would have come down to 10%, whereas in the final version they remain at 12%.

3. One of the larger divergences from the consultation proposal concerns agricultural tariffs. In the consultation, DIT proposed that agricultural products that face specific duties or two-part duties, should be simplified into simple percentages. While some agricultural tariffs have been simplified, overall this proposal has largely not been carried out in the final version. Only around 10% of the non-ad valorem duties have been simplified. The simplification includes removing the EU’s Entry Price System and Meursing System, as well as setting a single rate for tariffs which previously varied seasonally, or which applied a minimum and maximum tariff level.

5. In the tariff consultation, the UKTPO and a number of other respondents suggested liberalising tariffs on environmental goods. This has been taken on board, and the Government has reduced tariffs on around 100 products which it deems to be ‘green’ goods, including items such as turbine parts, gas turbines and waste containers. Looking at the provisional list drawn up during negotiations for the Environmental Goods Agreement, the Government has fully liberalised around 44% of the products on this list that were not already zero. Tariffs on a further 24% of products on this list have been reduced, albeit by a relatively small amount (less than 3 percentage points) and only 5 products on the list have not seen any form of liberalisation.

6. Finally, the Government has proceeded with its proposal to eliminate tariffs on products where UK domestic production is zero, or very low. It does not specify how many tariff lines this affects, but lists items such as textile fibres, cotton and wood among the selected product groups. Nevertheless, the government recognises the need to retain certain tariffs to avoid preference erosion for developing countries, choosing to maintain tariffs on, for example, pineapples and crude coconut oil.

Was it worth it?

In a later blog we will analyse more thoroughly what these changes mean for UK’s trade and trade policy, but to summarise factually: the tariffs on over half of products have changed, but the weighted average tariff on goods imported from ‘MFN’ countries has fallen only from 2.1% to 1.5% (excluding non ad-valorem tariffs). Given that any difference between the UK and EU tariffs may create administrative problems, for example for rules of origin on trade with the EU and on the Northern Irish border, there is room to ask whether this has been a net gain.

[1] Detailed analysis is needed to evaluate how much each of the over 1,000 specific tariff has been changed due to the currency conversion and rounding down. In this analysis we have been unable to do so, but we endeavor to do so in the near future.

Disclaimer:
The opinions expressed in this blog are those of the authors alone and do not necessarily represent the opinions of the University of Sussex or UK Trade Policy Observatory.

This article was originally published on the UKTPO website at https://blogs.sussex.ac.uk/uktpo/2020/05/20/new-tariff-on-the-block-what-is-in-the-uks-global-tariff/. It is reproduced here by kind permission of Professor Winters.