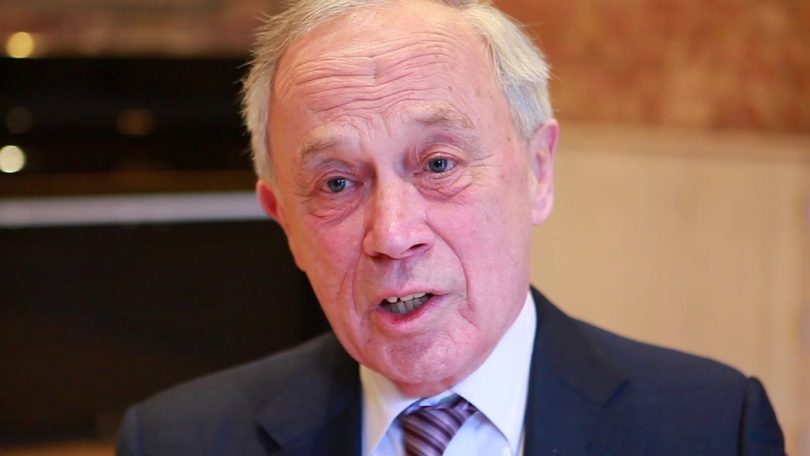 Brexit has implications for the future of the European Union and its member states, and for its relations with the world. Both the British government and the EU have failed to consider these fundamental long-term issues adequately.

The argument for and against Brexit has been conducted within a surprisingly narrow compass both in Britain and the European Union as a whole. The underlying issue is not however whether the UK will be better off out or how far its departure must in the Commission’s eyes be constrained in the interests of other members of the Union, but the wider question of the relationship between the Brussels authorities, guided by the French-German motor, and the nations that make up the EU as a whole. Brexit is a special aspect of a wider EU crisis. There is a trade-off between national democracies and supra-national authorities that needs to be arrived at over time, however the formal treaty based structures may be worded. Laws are living things, not eternal verities sufficient unto themselves.

The decision to adopt the Euro, and to compel new EU members in due course to accede to it, has strained the centre/nation relationship to a dangerous extent. It has meant, for the UK and indeed others permitted to opt out of the Eurozone, a distancing from decision making in Brussels that would in logic have continued to grow for Britain had it decided to remain in the Union. The logic of the Euro has been clear since the 2008 global crisis. Discussion of “subsidiarity” has faded. “More Europe” has become the norm, and radicalised into demands from the Commission for the majority of member states, with France and Germany allowed flexibility in contrast, to obey economic and political rulings or face the consequences. Italy, Greece, Ireland, Spain and Portugal together withAustria, Hungary and Poland have at various stages been directly targeted. The point is not that these countries were put under pressure, and sometimes compulsion to do what they were told for technically unjustifiable reasons, but that their standing as nation states was thereby curtailed, even overridden.

The central issue for the UK has not been immigration, though that has been touted quite often as proof of British populism or even racism and linked absurdly enough to Trumpism or ideas trumpeted by the “extreme right” (whatever that is). The UK has seen the way that the EU has developed in terms of growing supranational constraints on the national freedoms that Britain has valued, and the national institutions and customs that the countries of the United Kingdom have nurtured over their histories. That is not to say that the UK has always resisted change, or that the British cannot see that total freedom of action is impossible within a grouping like the EU. But there has never been an adequate discussion within the EU about whether the institutions developed to fit what was originally six nations forming the EEC might work for a Union of 28. The result requires a marked degree of faith to sustain it as democratically desirable, or as legitimating the centre’s right to dictate to member states with differing needs and traditions.

It is odd in this context that the debate in the UK on whether and how to leave has focused so firmly on the vital but limited question of the initial withdrawal terms that now may or may not be agreed. There has been little discussion so far as I am aware of where the EU as a whole is headed, and whether or not that is compatible with British longer term interests. It is as though if the UK decided in the end to remain, or accepted the relationship implicit in the deal now before Parliament, all would revert to an intimate relationship with an EU on a par with the one it knew in 2016. But that Union is under growing strain, and its future evolution is uncertain. The logic of greater supranational rule is powerful, and articulated with theoretical persuasion by President Macron, but so is the logic of those countries like Italy that have been held back by the strictures of the Euro system, and those like Germany reluctant at best to accept that their advantageous positions are not just the result of economic virtue but also because the system has benefited them at the expense of others. There is no effective democratic system within the EU able to arrive at generally accepted answers to these sorts of issue.

The longer term interests and purposes of the UK have also been cursorily treated over the past couple of years in public discussion, namely what sorts of new policies shall we wish to pursue? Trade deals yes, but whether in liberalised or socialised contexts is unclear – from the Conservative or Labour benches. Some of the measures that the EU Commission have insisted on suggest that they believe they have potential competition from an independent UK to fear, and that they intend to guard against it as, when and if negotiations for a trade deal  begin. The British government would do well to have a considered outlook as to its ambitions and purposes over the longer term in this context. The remaining members of the EU will also have their own particular interests to pursue over the next two years or more if the deal now before Parliament or a last minute variant is agreed on over the next few months. That too will naturally fortify their resolve to keep the UK under wraps as long as they may. What seems to me to be an impolitic and disputable use of their Northern Ireland border opportunity may well feed into that, perhaps with consequences for the rest of the UK. Whatever the end result of what could prove to be almost interminable discussions over future trade relations, no stable outcome for a new cooperative arrangement can succeed without it applying to the whole of the UK, and the more dangerous an appearance of the EU negotiators of artificially delaying agreement over Northern Ireland would prove to be.

EU negotiators should also have a care for the risks of Britain leaving the Union either without a mutually accepted withdrawal agreement in the near future or because of frustration in the course of negotiations over a trade agreement following it. It is always easier and even more, natural, for EU partners to stick to what they know and declare it non-negotiable than it is to agree on adjustments to change. Those that weaken the power of the central institutions are apparently seen as particularly questionable.  But as France’s Finance Minister among others has said, the Euro is dangerously vulnerable to the next global downturn. No one in the UK would benefit from the risks in that. But there are problems inherent for the Eurozone in the present course of dispute between the government of Italy and the EU Commission that would be exacerbated by a no deal UK exit in the near future. Such risks will remain in being over future years whether or not the government of Italy can soon be forced to obey Commission dictates, as its predecessors have been. There are those in EU decision making circles who have seen the Brexit question as being of secondary importance, with the UK electorate having decided to abandon the European Project to their own loss. It follows for them that the UK should take care of the consequences. Brexit is nonetheless also a reflection of a wider set of tensions within the EU itself, and has as such deserved more careful handling by the EU’s negotiators than it has received.

Sir Andrew Wood has served as the UK Ambassador to Yugoslavia and to Russia, and is currently an Associate Fellow in the Russia and Eurasia Programme, Chatham House.  This blog draws on notes he made for a private conference.