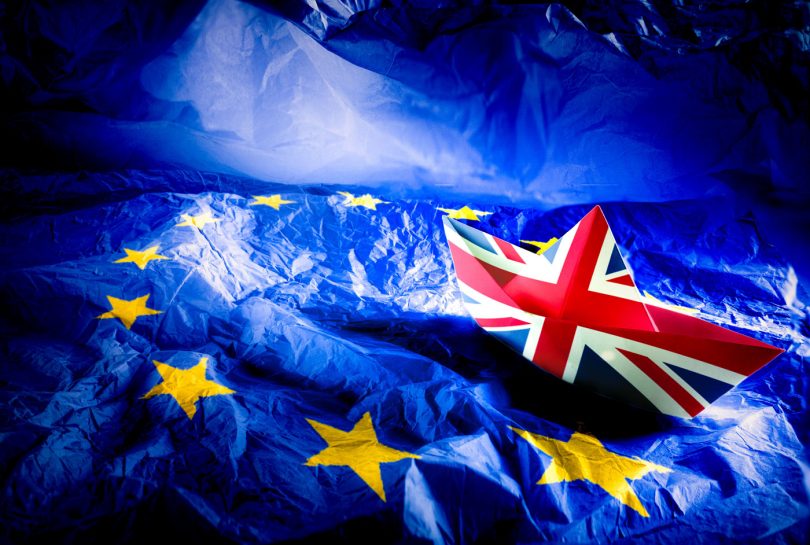 At Royal Portrush in the Emerald Isle, in ferocious weather conditions, a 32-year-old Irishman from south of the Border, well down in the international pecking order, became the Golf Champion of the Year by a supreme display of skill and determination.

It was, and is,  an object lesson in what self-belief can achieve.  It was,  and is,  a sharp reminder of what can happen in its absence.  In the matter of Brexit,  its absence hitherto on both sides of the Channel would seem to have been near-total.  Things are now going to change.

The UK decision to leave the EU was treated as an existential threat to the whole European project.  Any thought of a negotiation,  in the general positive-sum sense in which the word is used in modern times,  was sacrificed to the prevention of “contagion”,  and to a stern pre-occupation that any country leaving the EU should not be seen to benefit thereby.

Hence the appalling Guidelines,  adopted by our partners on April 29,  2017.

They are among the most negative,  inward-looking and curmudgeonly documents ever presented in major multilateral negotiations.   And on top of that,  they are  brazenly and flagrantly at variance with the terms of Article 50 of the Lisbon Treaty.

On this side of the Channel

Mrs May’s letter of March 29 to the President of the European Council,  “triggering” the withdrawal process,  was all that could be desired in its openness and constructive flexibility.  It proposed,  in lieu of our membership,   a positive-sum “deep and special partnership” with the EU 27 ,  but found itself,  thanks to the Guidelines,  confronted from the outset by obstacles and hindrances.

That the “negotiations” in these circumstances would come to grief was inevitable.   Any consultant on multilateral negotiation worth her or his salt would have quickly recommended that the UK should walk away from the table   Where there is no will,  there is no way,  and there is no point in looking for one.

Undaunted,  Mrs May moved irresolutely and substantially from her original proposals.   The European Council (Art 50),  in contrast,  has not departed one significant whit from the Guidelines.  Concessions of substance have been on the UK side alone.

The stark asymmetry with which our partners have insisted on approaching the matter would be laughable,  were it not lamentable in its perfectly predictable,  and duly predicted,  consequences.  The Withdrawal Agreement is an affront to civilised relations between democratic nations.

Disloyalty, especially in the Tory ranks

Mrs May’s task was made far more divisive and arduous on this side of the Channel by the relative slenderness of the majority in the 2016 Referendum in favour of leaving,  and by the loss by the Conservatives of their majority in the General Election of 2017.

It has seemed at times as if members of the House of Commons were running amok,  with the Commentariat for the most part more interested in chronicling MPs’ activities than in assessing the merits of those activities.  A mixture of bias and analytical sloth easily made this preferable to the more demanding responsibility for keeping the national interest in focus.

How we have been let down

As a result, our legislators and the Commentariat in general have let the nation spectacularly down in four chief respects;

It cannot be repeated too often that the wretched backstop question has arisen solely because of our partners’ Guidelines-based refusal to observe the requirement in Article 50(2) that the Commission should take account of the framework for our future relationship when negotiating and concluding (italics mine) the agreement on withdrawal arrangements.

Had the framework been looked at alongside the withdrawal negotiations,  the contingency with which the backstop is intended to deal would have been dealt with as an integral part of the discussion,   not left to stick out of it like a sore thumb.  It would have been child’s play to Jean Monnet.  He would have settled it within the hour. Our partners have no-one to blame but themselves.

There was something almost pathetic about the Irish Deputy Prime Minister’s appearance on the Andrew Marr programme yesterday.  His message was “No deal will be a British choice”.

In a letter published on July 20 in The Times,  Robert Lloyd George,  trading on the name of his great grandfather,  claimed that Churchill,  in his 1946 Zurich speech,  “made it clear that Britain had a vital role to play in this united Europe,  leading it to a greater and more open parliamentary democracy”.  If he/TheTimes had cared to consult the text of the Zurich speech,  especially the last two sentences,  he/they would have known that Churchill most definitely did not envisage Britain  as part of United Europe.  However Churchill would have welcomed Mrs May’s “trigger” letter.

Much was made by the Today Programme this morning (July 21) of “two former Labour Prime Ministers warning against the dangers of ‘No Deal'”.  Any remarks by Messrs Blair and Brown on the subject need to be judged in the light of the uncomfortable truth that their spinelessness in 2007-2008 in acquiescing in the Lisbon Treaty, and foisting it on Parliament in defiance of a wide demand for a referendum, constitute the prime cause of our present pickle.

It is deeply frustrating that some one so appealingly upright and forthright should be so misguided.   His bedrock position is that “no deal” would be a disaster, to be resisted at all costs, going if necessary so far as even to vote against one’s own government in circumstances which could imperil its survival.

No-one can be entirely confident that withdrawal without a deal would be a catastrophe/ disaster/apocalypse or whatever.  It would take at least five years to form any balanced judgment.  There are so many variables.  The most one can say meanwhile is that great bulk of the gloomier forecasts showered on us so far have not proved accurate.   In a number of ways, and perhaps fortuitously, the country is now doing better than ever.

For the reasons previously mentioned, Dominic Grieve’s imprecise references to “no deal” rob them of most of their significance.  And if “no deal” is the end of the world, why encourage our partners to dig their heels in,  and thus increase the likelihood of bringing it about?

A necessary but not a sufficient condition

Identifying and remedying the defeatist shortcomings in the prevailing legislature/Commentariat approach on this side of the Channel is a necessary, but not a sufficient, condition of achieving a satisfactory Brexit.  It also requires a change of mindset on the other side of the Channel.  Of this there is as yet no sign.

Our partners would like us to believe that, as before, their invariable short answer is “No!” But they know that from now on it will have to be at least “No, but”. Otherwise they will have to face their responsibilities under Article 50(3), from which the Guidelines afford them no protection, but would instead be a source of vulnerability.