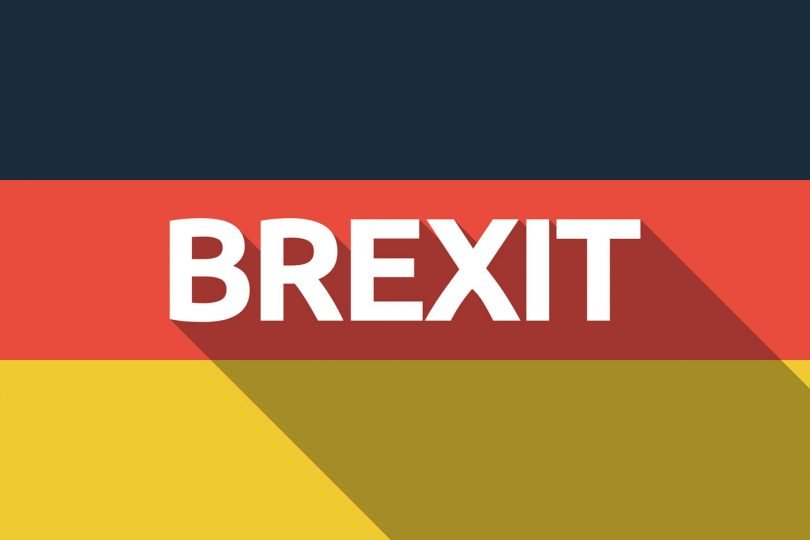 Former Soldier and UK diplomat Adrian Hill warns about the resurgence of German political and military power within an EU context, and argues that the UK must stay clear of the EU’s Galileo GPS system. His full report is on our Reports page.

A close German friend, one of his country’s leading industrialists, described the destruction of the Berlin wall as the night, ‘ The Russian mother could no longer feed her child, so she left the baby on our door step, but twenty years earlier than we expected.’

At the time, Britain’s Prime Minister, Margaret Thatcher, expressed concern – shared by Francois Mitterrand and Mikhail Gorbachev – that Germany once more might become too large and too dominant. That famous seminar at Cambridge during those months before unification proved remarkably prophetic. Margaret Thatcher was much criticised by the usual chorus, including her FCO advisers, but over the last quarter century events have proved her judgement spot on.

She was not alone worrying that a united Germany would need its political and military ambitions constrained within an international structure. Fortunately one existed – NATO – with Germany already a member, but the creation of the Single Market started a process which reunification accelerated. Soon Germany controlled Single Market standards. Devaluation through the Euro destroyed industries in other member states. Portugal had thriving industries for electrical appliances and shoes. Now they have mass youth unemployment. From Switzerland next door, the Maastricht and Lisbon Treaties are not steps on the way to EU integration but mile stones along Germany’s march to power.

Last November Der Spiegel published leaks from the German Army’s latest planning paper – Strategic Perspective 2040. The plan is a watershed. Not since the Second World War has the German Army contemplated a future outside NATO’s command structure. Some of the forecasts already have come to pass. The author, Katrin Suder, worked for McKinsey. The core message is that Europe cannot rely on the Americans. I don’t agree. Involving the Americans with Europe’s defence has kept the peace for seventy-two years.

The paper warns that break up of the European Union could bring about the collapse of the economies surrounding Germany, kill off these valuable export markets. Consequent unemployment could lead to civil disorder, even another Weimar crisis. The Army planners are convinced that Germany must look after its own security. An obvious start is to concentrate on binding together the inner core of Euro Zone countries, economically, politically and militarily. An outer ring of satellite economies, which includes Britain, must be kept within the political and economic orbit of the Euro Zone and its sun, Germany.

Over the last two years there have been plenty of signals from Angela Merkel over the future of Europe, not least her pursuit of the 2040 strategy in the Brexit poker game. Mrs May and remain supporters from all our political parties appear to have missed the lot. Either they don’t realise what is happening to Europe under their noses or accept Germany’s ambitions. Becoming a German colony is not what anyone voted for in the 2016 referendum.

Expect gradual disengagement from NATO by the European Union following Germany until eventually that leads to a Russo-German pact draped with a European Union flag. German political leaders may genuinely believe that under their management the new European Union super state could pull off a diplomatic coup that brings peace to their Eastern European satellite economies, moreover, remove all threats from Russia. Such a deal could safeguard Germany’s considerable investments in Russia, cost far less than another Cold War arms race, or God forbid, another European war.

Putin wants to split NATO. Any deal would include the European Union lifting sanctions. As the peace dividend our few troops and America’s would depart from Europe. An obvious bribe is that Russia hands back the Kalingrad enclave and Germany regains whatever else it can of East Prussia. This might prove a master stroke but could also be the match that lights the gunpowder. Silesia was given to Poland in 1945. There is an armed movement in Germany that wants to restore the old frontiers. Will we see another ruthless partition?

Consider the bigger picture. The planet is going through startling change, not least among the countries of the Commonwealth. Sea, land and air transport are becoming electric powered, artificial intelligence taking over manufacturing and service industries. All this happens without a soul having to persuade German industry and Eurocrats masquerading as a latter day French monarchy to let bright ideas prosper. Britain drove the first industrial revolution because the City ruled our commerce, not the state. The planet still divides between countries that believe in freedom of thought, new ideas, free trade and others that don’t. We are one of the former while the German ruled EU very much one of the latter.

How does NATO protect its Scandinavian and Baltic allies should Germany’s EU opt for neutrality through a treaty with Russia? NATO plans for assisting Norway rely on forces trained to do that without warning – namely, the Royal Marines and their fleet of specialist ships for amphibious warfare. Our naval and air defences need doubling as a matter of urgency. Other allied countries will have to decide whether to throw in their lot with the new German led super state or NATO? The present situation is no barometer – no alternative EU/German command structure exists. Once one does, if a disagreement arises between the Americans and EU/Germany, whose side are we on?

America’s and Britain’s armed forces constantly upgrade their technology so they can operate together. Both rely on GPS for ships, aircraft, tanks to keep track of their exact position all the time or a small drone to spot moving ground targets and direct missiles, bombs, artillery rounds, even mortar bombs onto those targets. The tiniest variation from true bearings renders the entire GPS system useless, leaving our forces with only direct fire. By switching to Galileo we become reliant on a system where we are not welcome, run by countries that could unplug our armed forces any time they chose. The voters need to know because they need this stopped.

Hackers embed viruses though only activate them when the bugs can do maximum damage. Some powers hack on an industrial scale. GPS and Galileo face multiple threats. The hackers’ gold medal is access to GPS and Five Eyes through British use of Galileo. Within hours of a breach we could be asked, politely, by the Americans to quit Galileo or the Five Eyes intelligence alliance. Why should the other four risk contamination from Galileo? Our signals intelligence alliance with the United States began during world war. You can’t build up that level of trust overnight. Its start point was one of the greatest political friendships of history. That is not the case with Galileo’s management.