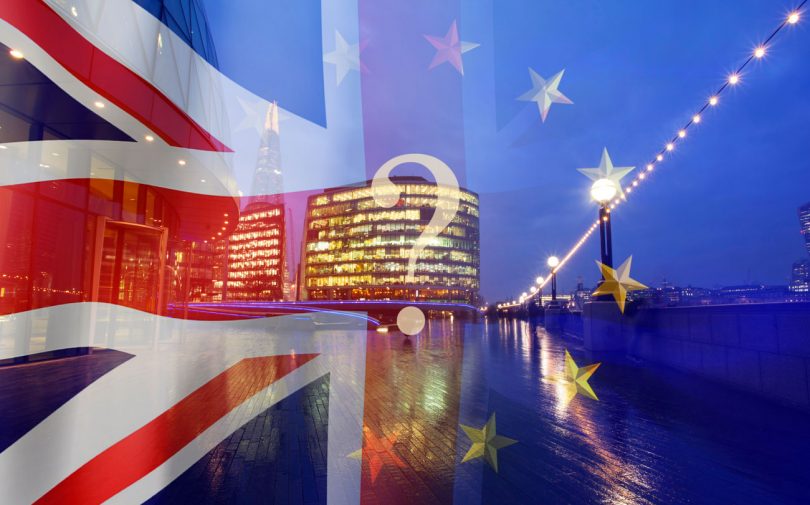 Caroline Fairbairn, director-general of the CBI, recently attempted to dictate policy to the future government in the name of British business. If we were to believe the so-called voices of business, the world would be flat and the UK about to fall off the edge on Brexit day. This recent manifestation of “Project Fear” Mark III, a blatant attempt to stop Brexit by organisations and businesses which have openly declared their opposition to it, is a shocking, anti-democratic act.

Some simple facts should be noted when weighing the narrow self-interest on which these interventions are based.

As sterling is at a more competitive rate than it was on referendum day, the impact of any tariffs applied to British goods going to the EU has already been more than eliminated. Non-tariff barriers will be minimal given the WTO export systems – only 2% of goods are checked at borders worldwide and the majority of imports into the EU come from countries which are not EU members and do not have any trade arrangement with the EU.

Economists for Free Trade (EFT) calculate that a WTO global trade Brexit will boost the economy by around 7% of GDP, increasing our growth rate by a third every year for fifteen years.

All of this is dependent on “actual” Brexit. That Is, taking control of our money (including trade), our laws (including jurisdiction) and our borders (including immigration). Anything less is not Brexit and this was made clear during the referendum campaign, although of course some people were not listening.

So why are the organisations and businesses concerned voicing opposition?

Corporations do not like change. Change costs them money but, more importantly, upsets the cosy system they have stitched up for themselves. In particular, multi-nationals which have no allegiance to any peoples see it as a down side. They like to segment markets, produce cheaply and sell expensively. They like regulation as they can handle it and it creates barriers to the entry of competition. They hate creative disruption as this enables challengers to emerge. Their primary concern is executive bonuses and shareholder return (perversely, in that order). They tend towards monopolistic behaviour and the maximisation of margins. They do not like competition and welcome the anti-competitive protectionism of the EU Customs Union, surrounded by a wall of tariffs and standards paid for by the consumers of the EU.

The organisations who represent them are even worse, as they also receive EU funding (paid for by British tax payers). Let us look at them.

The greatest enemy of Brexit is the CBI, which has been consistently wrong about most economic and political issues in the last seventy years, is determined to destroy Brexit.

When repeatedly asked at a House of Commons Committee how many full members the CBI has, the head of the organisation, Caroline Fairbairn, refused to answer. I know because I was there giving evidence, me being the only pro-enterprise, free trader present (the other two were the CBI and the TUC). The reason she refused to answer is that the CBI has at most 2,500 full members, not the 190,000 they claim. These policy-making, policy committee-dominating members are large multi-nationals, often foreign-owned. The CBI is a well-funded “think tank” of officials, rather like the pro-Remain civil service, dominated by multi-nationals with narrow vested interests and part-funded by the EU.

The second most prominent business group, the British Chambers of Commerce (BCC) consists of local Chambers which are themselves made up of secretariats and local business members. They have around 60,000 members. Some of the Chambers are dominated by foreign multi-nationals (e.g. Airbus, Nissan etc) and some receive EU funding. Many have public sector members and they receive local and national government funding. They also profit substantially from export documentation.

Nevertheless, they do carry out surveys of their business members. At the beginning of the referendum campaign, such a survey showed a majority in favour of Remaining in the EU, but with over 40% wanting to Leave. Amongst those surveyed, there was a disproportionately high number of exporters, especially to the EU. In the weeks running up to the referendum, a stratified sample survey was undertaken. It found that the majority in favour of Remain existed only amongst businesses that exported only to the EU. Amongst businesses that exported outside the EU or which operated only in the domestic market, there was a majority in favour of Leaving. In the wider business community, those two groups represent 87% of the UK economy. The survey has never been repeated – perhaps an inconvenient truth?

The other big trade group is the Federation of Small Businesses. They claim to have 250,000 members. The only survey they carried out during the referendum campaign showed a narrow majority (a few percent) in favour of Remain. Since then a senior person in the organisation has said to me that if it were repeated now, they would expect a significant majority in favour of Leave. But it has not been repeated.

All the other groups are minnows. The Institute of Directors has now only around 30,000 individuals (as opposed to businesses) who are members, many being middle-ranking managers of big corporates. The Engineering Employers Federation has few thousand in a sector dominated by foreign-owned multinationals, we having sold off the “family silver” of the economy to the benefit of the “City boys” but to the significant disbenefit of the UK current account balance.

The significance of all this in the Brexit debate is that the combined, claimed membership of these organisations – even if it were true – would amount to less than one in five UK businesses, as most businesses are not members of any of the organisations. There is also considerable overlap in the membership. Furthermore, a significant proportion of those who are members support leaving the EU.

So much for the voice of business.

By contrast, 17.4 million people voted for Brexit – the largest plebiscite in history. Had it been a general election, two thirds of UK parliamentary constituencies voted for Brexit and three quarters of those in England and Wales. Had “Leave” been a political party, it would have won an overwhelming majority in Parliament.

At the last election 85% of the electorate voted for parties which claimed in their manifestos to support leaving the EU. The ruling Conservative Party made it clear that this means leaving the Single Market (SM), Customs Union (CU) and the jurisdiction of the European Court of Justice (ECJ). The Labour Party also said this at the time.

Parliament has voted overwhelmingly for Article 50 and has voted in favour of the EU Withdrawal Bill, which is now enacted.

The Government should ignore the special pleading of business based on the narrow vested interests of a powerful group, which represent a small part of our economy and are massively overstating their case with the intent of undermining democracy. Not to do so would make our democratic system little better than that of Russia.

The only legitimate complaint of business is that of continued uncertainty. In order to resolve this, the UK Government should declare now that we will move to WTO global trade arrangements – without a transition period and without paying a leaving bill – thus providing in one fell swoop absolute certainty.

By the way, Fairborn recently claimed that businesses are not prepared for Brexit. And yet Mark Carney the Governor of the Bank of England, said  some weeks ago that 90% of businesses were now prepared for a no deal Brexit in complete contrast to Fairburn’s CBI propaganda.

Perhaps it is that members of the CBI are not prepared despite three years to prepare. Since one of the functions of a trade association is to help its members prepare, rather than interfering in and trying to overturn democracy, I would be wondering as a member of the CBI what exactly I am paying huge membership subscriptions for.

John Longworth was Director-General of the British Chambers of Commerce for over five years, and was also Chairman and economic spokesperson of the Distributive Trades Panel of the CBI while on the Board of Asda Walmart. He was also on the Board of the British Retail Consortium, Chair of the Technical Committee of the Institute of Grocery Distribution, and Chair of the Paris/Brussels based CIES International Trade and Standards Committee.  He has just been elected Member of the European Parliament for Yorkshire and the Humber.