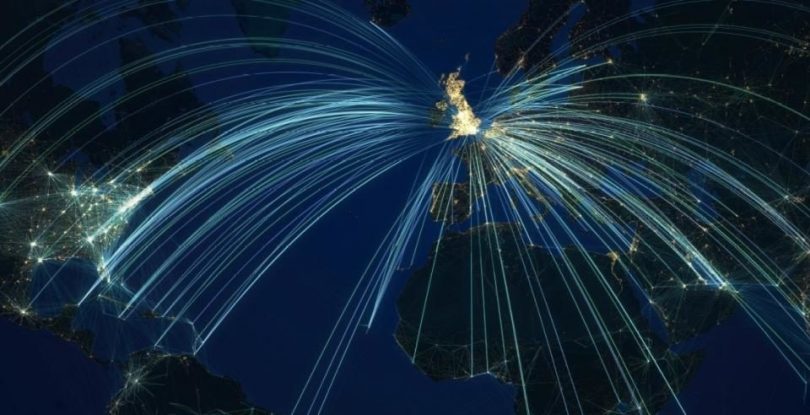 Former diplomat Nick Busvine argues that we are already seeing positive signs of a more coherent and influential foreign policy as Global Britain begins to exploit the freedom of manoeuvre offered by Brexit.

‘Freedom is what you make it’, declared Boris Johnson shortly after agreeing his government’s Christmas Eve deal with the EU.  At the risk of being accused of boosterism, I for one am excited by the opportunity that lies ahead for the UK to develop a rather more effective and dynamic foreign policy than hitherto, that serves both the national interest and – in partnership with others – common global goals.

As one of our BfB editors, the historian Professor Robert Tombs, has frequently pointed out, the UK ruling class has been internally wracked by ‘declinism’ since the Second World War.   Despite economic evidence to the contrary, it has been repeatedly argued that the UK is doomed to play an ever-decreasing role in world affairs – at best as a second rank player.

During my time as a diplomat, we were repeatedly warned by the powers that be that leaving the EU would cut the UK adrift into a global sea of troubles that would, sooner or later, be bound to overwhelm us.  The contrary view, of course, is that getting things done and achieving positive impact requires confidence, vision and determination.

While the UK has been obliged to respond to plenty of dramatic events in recent decades, there hasn’t been a consistent, underlying UK foreign policy vision.  There was the oft-expressed hope (which sometimes sounded rather forlorn) that we might continue to be able to ‘punch above our weight’ and an obsession with clinging onto our seats at top table – particularly in Brussels, Washington and the UN.  It may very well be that a determination on the part of many senior policy makers to bind us into the EU project meant that a distinctive UK foreign policy brand was not what was wanted.  Better perhaps in their view to opt to quietly subsume ourselves into the EU collective.  Whatever the case may be, foreign office colleagues would frequently complain to me that too much of their work in various parts of the world was being conducted in what amounted to a foreign policy vacuum.

The focus on retaining seats at top table also risks confusing means with ends.  Membership of the club does not, of itself, guarantee delivery of anything.  Take our experience in the EU.  Our status as the second largest net contributor to the EU budget, our distinguished diplomatic track record and a unique set of global relationships very rarely translated into significant foreign policy wins for the EU while we were members.  Nor, as David Cameron found to his cost, did these factors count for much when he attempted to re-negotiate the terms of our EU membership.

Even pro-EU think tanks are hard pressed to identify EU foreign policy successes.  The European Community’s response to the disintegration of Yugoslavia in the early 1990s – the most violent upheaval in Europe since the Second World War – was inept.  A recognition of failure helped to drive the creation of an EU common foreign and security policy.  The signing of the Joint Comprehensive Plan of Agreement (JCPOA) with Iran, jointly sponsored by the Obama administration, probably stands out as the most significant EU foreign policy ‘achievement’ to date.  Whether this is the wisest approach to the Ayatollahs is – on the evidence – by no means clear.  Elsewhere, the EU track record in recent years looks even less convincing.  As the German Council of Foreign Relations pointed out in late 2019[1], the EU’s response to the Arab uprisings after 2011 was characterised by ‘total helplessness’.  On Libya, the report complained that the EU ‘has so far been unable to tackle the post-revolutionary chaos after NATO’s intervention in 2011.  Here, for some time now, the EU’s most engaged member states – France and Italy – have preferred to torpedo each other’s Libya policies rather than set aside their differences and seek a united European position.’

It is true that EU sanctions imposed on Russia after the annexation of the Crimea remain in place – just about – but the Russians haven’t budged and US concerns that the soon-to-be-completed Nordstream 2 gas pipeline will expose continental Europe to greater Russian influence have not abated.  Washington has recently announced sanctions against companies directly involved in the pipeline’s construction.  The EU’s recent and ill-timed trade deal with China raises further awkward questions over how the EU plans to balance human rights issues against the interests of EU exporters.

We are hardly starting out from a position of weakness.  We are the fifth largest economy in the world.  We sit as a permanent member of the UN security council.  It would be surprising if the so-called special relationship with the US did not remain special once President Biden assumes office. We will be chairing the G7 and hosting COP 26 this year.  The Commonwealth offers a unique cross-section of relationships that have real depth to them.  One could go on.  We also possess the tools to play an influential and constructive role in world affairs.  We have highly competent diplomatic, aid and intelligence services as well as superb armed forces which the Johnson Government has pledged to refurbish.

We have the relationships and the tools, but what about the political vision and will?  We currently await the publication of the government’s ‘Integrated Review’[3], which replaces previously separate reviews of foreign policy, defence, national security and international development.  This will make it the most far-reaching such review carried out by the UK government since the Cold War.  Prime Minister Boris Johnson has set out his ambition for the review, declaring: ‘I am determined to lead a Government that delivers for our people – both at home and abroad. The UK’s institutions, expertise, leadership and values are renowned around the world.  But we cannot rest on our laurels. We must do more to adapt. We will be judged by how we respond to the opportunities ahead.  As the world changes we must move with it – harnessing new technologies and ways of thinking to ensure British foreign policy is rooted firmly in our national interests, now and in the decades ahead.’

Fine words.  But before cynics write this off as bluster, it is worth taking a look at early indicators of the UK’s foreign policy direction of travel over the past year.  Against Remainer expectations, the government succeeded in negotiating a comprehensive trade deal with the EU.  As recent articles on this site make clear, this deal is not perfect – but Brexiteers generally accept that it is a major achievement and a massive improvement on the pitiful efforts of Theresa May’s government.  The Trade Secretary Liz Truss has performed wonders – again, contrary to Remainer predictions – negotiating some 62 deals over the past year covering some £885 billion of UK trade – with the prospect of plenty more to come.

The UK’s dramatic pledge last year to offer safe haven to more than a million residents of Hong Kong who qualify for UK nationality can be seen as an early statement of intent by Global Britain.  So too is the announced maiden deployment of one of our two new Carrier Strike groups to the Asia-Pacific theatre next year where, re-welded in alliance with the US, Australian and Japanese navies, we shall collectively conduct challenge passages to assert the rights of innocent passage in waters within the so-called ‘nine dash line’ illegally claimed by the Chinese.

While the EU struggles to formulate a coherent policy on China, the UK is now taking action to prohibit UK companies from importing goods that are the product of human rights abuse.  We have also already begun to clear the decks in our relationship with the China by reversing the foolish decision to allow Huawei into our critical communications infrastructure.  This needs now to be followed in short order by similar removal of China from our critical energy infrastructures and the re-patriation of industries that went offshore to China over that last twenty years.  None of that will be painless, but these steps are necessary sovereign steps to protect British security in the round against an increasingly hostile power.

But it is likely to be the Covid pandemic that provides the most compelling early justification for the UK’s newfound Brexit freedom to articulate its own foreign – as well as domestic – policy.  Readers will recall that soon after the Covid pandemic struck, the UK government was urged by Remainers to throw in its lot with the EU vaccination programme.  It is becoming increasingly clear that such a course of action would have been disastrous for the UK – both in terms of lives lost and economic damage.  The EU programme has been mis-managed, with too few vaccines ordered and an odd (or perhaps predictable, given the way the EU works) decision to bet on a French pharma solution that looks unlikely to be ready before the end of this year.  With the costs of the UK government response running to billions of pounds per week, the reduction in economic damage resulting from rapidly getting control of the virus will be significant.  Meanwhile, tensions between EU member states on the issue have become palpable – with the Germans ignoring EU Commission strictures and going ahead with unilateral vaccine purchases.  The costs associated with a failed EU Covid strategy will only add to the already worrying stresses in the EU financial system (always underplayed by Remainers) associated with the flaws of the Euro project – with Moody’s warning on 11 January of increased vulnerability to debt shocks in Italy, Cyprus, Spain and Portugal.

Meanwhile, if the Oxford/AstraZeneca vaccine proves as efficacious as hoped, Global Britain looks well placed to mobilise through the Foreign Commonwealth and Development Office an effort to help the world’s poorest countries overcome the pandemic.  What greater example of ‘soft power’ could there be than that?

Brexit has created room for freedom of manoeuvre in UK foreign policy – and it is already showing in our approach to vaccine policy, trade deals and China.  To pinch a phrase used to describe differential integration in the EU, we now have our very own variable geometry.  Let us use it to good effect.