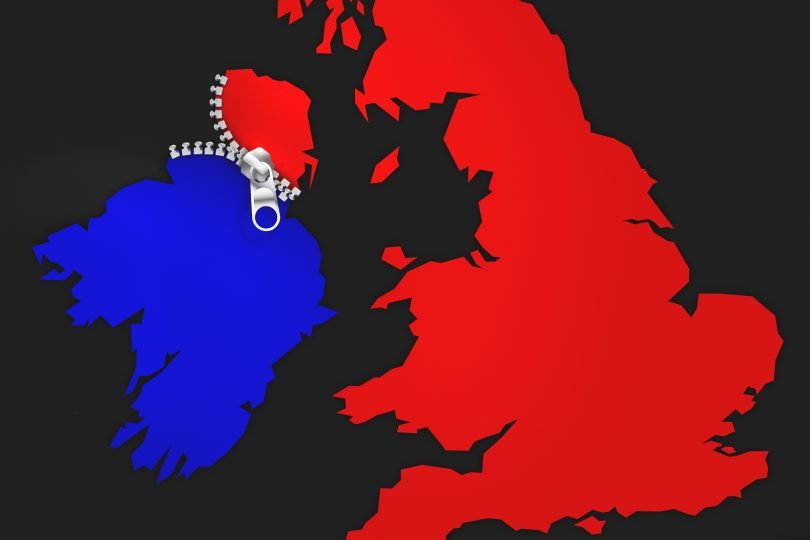 In this blog which is an updated version of an article appeared in the Belfast Newsletter immediately before Boris Johnson’s deal was revealed, Dr Graham Gudgin describes the pressures put on the DUP by exaggerated fears of the dangers of No Deal in

After two years of telling us that no bilateral talks were possible under EU rules, Leo Varadkar cooked up a deal directly with Boris Johnson. We now know the details of the deal hatched at a Cheshire wedding venue. It includes a customs border at the Irish sea in addition to the regulatory border already offered by the Johnson government in agreement with the DUP. The Northern Ireland Assembly will be able to exit from these arrangements four years after they come into force, but the DUP will not itself have a veto.

The deal as we understand it places the DUP in an acute dilemma. It clearly crosses the red line of treating Northern Ireland differently from GB, but it has the merit of avoiding a no deal which is deeply unpopular with local business.

The DUP has had good relations with Boris Johnson and has been consulted. How then has it come close to a deal in which Northern Ireland would have customs and regulatory borders at the Irish sea with local firms required to fill in four times as many customs declarations and regulatory submissions as would be needed across the land border?

Little of this may actually come to pass since the deal includes a transition period lasting one to three years. A free trade agreement negotiated during this period could remove the need for tariffs and reduce regulatory differences hence requiring few checks anywhere including the Irish Sea.

Even so, the DUP have been pushed into uncomfortable territory leading them to vote against the Agreement on Saturday’s special session of parliament. The concessions made by the DUP reflected relentless pressure from Northern Ireland business backed by exaggerated academic studies and civil service reports. All of this predicts disaster for the Northern Ireland economy in the case of ‘no deal’ and hence exerted huge pressure on the DUP to accept some alternative.

Exaggerated predictions about no deal follow the pattern since the referendum across the UK as a whole. In a meeting in 11 Downing street last week the Chancellor accepted that Treasury warnings have been exaggerated and said that no further Treasury reports would be issued. The Northern Ireland Civil service which had stayed largely free of such ‘project fear’ warnings, changed tack last July and published a paper of relentless negativity.
The paper began by stating that ‘it simply sets out the evidence for stakeholders to use’ but ends up saying that ‘no deal would have a profound and long-lasting [negative] impact on the economy and society’. This is the report that originated the idea that 40,000 jobs were at risk from a no deal Brexit. That this has been widely reported in the media as meaning that 40,000 jobs will be lost, is not perhaps the Civil service’s fault, yet little has been done to correct this misunderstanding. In fact, the report said that 525,000 ‘were at risk’, an alarmist figure that would include almost all of Northern Ireland’s private sector. The 40,000 were merely the most ‘at risk’.

What the civil service report actually did was to simply to estimate the number of jobs in Northern Ireland that were associated with exports to the EU. It made little attempt to assess whether the risks were serious or remote. No further detail has been forthcoming, but it is possible to calculate that 40% of the jobs ‘at risk’ are in the service sector and hence not directly affected by tariffs or customs checks. Most of the other jobs are in sectors facing only low tariffs and which have already gained competitiveness from the fall in the sterling exchange rate. Yet others ‘export’ goods like fuel or cars which are not produced in NI but are passing through. Mitigation measures are not mentioned so the prediction lacks reality.

Exports of services are more to do with such things as recognition of qualifications and licenses. The NI Civil Service commissioned a report on the impact of Brexit on the service sector from a New York consultancy. This report used some of the same methods as the discredited Treasury analysis of 2016 to conclude there would be large costs but was too abstract to be of real relevance to Northern Ireland.

o give a flavour of just how unrealistically negative the Civil Service report was consider its conclusion on tourism into Northern Ireland. ’With so much uncertainty about EU Exit, there is the potential for people to be cautious about visiting NI…. Any real or perceived additional constraints on their ability to cross the land border would have a negative impact on businesses in the tourism industry’. There is no mention of the whopping 22% increase in external visitors to Northern Ireland since before the referendum, or the fact that any Brexit-induced decline in the sterling exchange rate is like to raise this further. As we all know, there will no constraints on people crossing the border (or landing from cruise ships) so why throw this irrelevant point into the report except to add negativity.

Perhaps more important has been the relentless opposition of business to Brexit and especially to no deal. Business prefers no changes which complicate their lives and can of course be expected to oppose Brexit, but many businesses face minimal tariffs and have kept quiet. Others like the large pharmaceutical company Almac have already taken the measures they need to obtain EU trading licenses. It is thus double counting and incorrect to suggest they are at further risk.

The main problems from ‘no deal’ come in food exports especially meat and dairy products. The whole of agri-food sector exports to the EU comprise only 1% of output of goods and services in Northern Ireland or in other words 4% of sales to the outside world. Even so, almost one billion pounds of business is at stake and 5,000 jobs could be at risk plus parts of farmer’s incomes if the whole sector were to go under. But of course, it will not.
In the event of no deal food products can be redirected into the GB market to replace Irish and other EU imports priced out by the UK’s own tariffs and quotas. If the quotas set to ensure a market for NI producers, then prices should rise for most commodities. I am told that the Treasury is currently calculating the compensation needed to offset losses in farmer’s incomes. The additional worry of no tariff on imports from the Republic should, I am also told, last for only a matter of weeks. Disruption will undoubtedly occur in food production but unless such mitigation measures are included any discussion becomes meaningless.

No Deal could have been managed but the UK Government never revealed the extent of its preparations including the scale of compensation potentially available to farmers and food processors. In the end the Government baulked at the possibility of culled cattle and heavily disrupted trade flows. The EU managed to force its preference for no trade checks within the island of Ireland and with the Benn Act was never under the heaviest pressure. The result has been something the DUP could not accept, and we now wait to see whether this means the deal is voted down in Parliament.