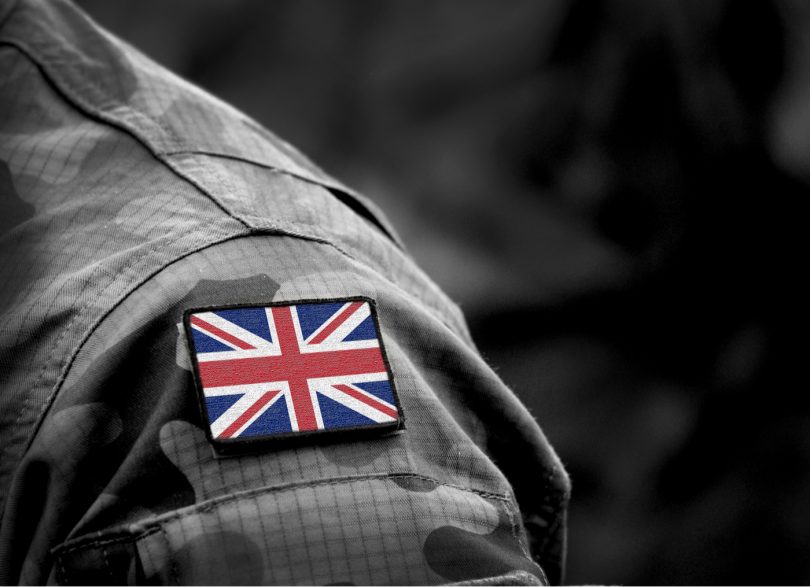 Philip Cunliffe argues against the idea of a global Britain in a post-Brexit world. Instead he advocates a less global future in which Britain focusses on its own defence with a revitalised nuclear deterrent and ceases to intervene in the wider world as an ‘armed wing of Oxfam’.

With Boris Johnson’s announcement on 19 November of the largest increase in defence spending since the end of the Cold War, the Tory government has begun to actively mould its vision of post-Brexit ‘Global Britain’, with lavish spending promised for both the Royal Air Force and the Royal Navy, expanding their capacity to deploy far afield in global theatres. Boris Johnson announced the increased military spending by saying that the ‘era of retreat’ was over. Given the fact that Britain has been permanently at war since 1997, in areas ranging from West Africa, the Balkans, the Middle East through to North Africa and Central Asia, Mr Johnson’s promises do not bode well. If permanent war counts as ‘retreat’, what might the Prime Minister’s notion of advance look like?

Britain has fought these forever wars for democracy and human rights even while democracy atrophied at home and while civil liberty was eroded. As Richard Tuck argued, the state is now seen as the armed wing of Oxfam – it bombs people abroad to bring them human rights and democracy, while it treats its own citizens as passive consumers of public charity rather than democratic agents and participants in public life. The Brexit vote was a vote against this kind of state. It represented a popular attempt to recapture a state that had become defined by its liberal globalism and integration in supranational structures; a state that was oriented externally towards allies rather than internally towards its citizens; a state with humanitarianism rather than democratic sovereignty as its organising principle.

Johnson’s militarised vision for Global Britain indicates something profoundly important about the political elite’s views of Brexit. Even with a nominally pro-Brexit government in office, Brexit is still seen as something to be clambered over, a problem to be overcome rather than a goal to be pursued. In the eyes of Johnson and other political leaders, Brexit requires ever greater commitments to military globalism to compensate for the voters’ unruly aspirations for more control at home. The implicit promise of Global Britain was always a pledge by the British political elite to major banks, corporations and its Euro-Atlantic allies that whatever the majority of British voters might have wanted, they were not going to allow Britain to turn inwards to focus on its own peoples that these institutions had ‘left behind’. The clear implication is that British democracy is incompatible with maintaining Britain’s international status. All the convolutions and contortions of British diplomacy since the vote of 2016 have been efforts to contain and limit the damage inflicted by Britain’s voters on the liberal globalist aspirations of Britain’s elites.

It is evident that the democratic gains of Brexit require deep institutionalisation to prevent liberty and democracy being kidnapped by elites again. So what would a defence policy that drew on the wellspring of democracy and sovereignty flowing from the Brexit vote look like? The free traders’ vision of Brexit is exhausted by the aspiration of scrapping tariffs – as if Brexit was a vote for cheaper cornflakes rather than an aspiration for greater popular control. What would it mean to take control in the realm of defence and security policy?

Such a policy would need to defend British democratic sovereignty and the liberties on which it rests, while checking globalist aspirations that could be used to subvert democratic interests. As a vote for sovereignty and independence, how would we ensure that this respect for sovereignty and self-rule was extended to other nations too? How might we craft a vision of international cooperation that rested on the solid foundations of popular democracy, as opposed to globalism? The following short manifesto sketches out a list of policies that would embed the democratic logic of Brexit into defence and security policy.

As an inherited legacy of the empire and then the Cold War, Britain’s armed forces were retooled as instruments of liberal globalist militarism and expeditionary warfare after the end of the Cold War. In particular, they were committed to the Forever War against terror and permanent war for human rights and democracy. Boris Johnson is now recommitting our armed forces once again to globalist goals in far-flung theatres of future war, remote from Britain’s shores and interests. If the vote for Brexit was a vote to put the concerns of the British public uppermost, then seeing this through requires a radical restructuring of the armed forces so that they are focused on the needs of the British people rather than globalist pretensions of Britain’s elite.

To realise fully the benefits of independence requires the capacity to defend that political independence with the greatest power available, and this requires that we extract our own nuclear interests from those of the US. Brexit requires complete self-sufficiency in the manufacture and maintenance of nuclear weapons to maintain a strategic and sub-strategic nuclear strike capacity. Britain’s nuclear deterrent and submarine fleet should both be expanded. The redundancy of the Trident / US Polaris system fortuitously coincides with the process of Brexit, providing a providential moment for establishing a new generation of fully sovereign nuclear weapons.

If the problem with nuclear deterrence is establishing a credible commitment to their use, then Britain would be in the robust position of enjoying a self-reinforcing deterrent – a nuclear deterrent whose credibility would be demonstrated by Britain’s reinvigorated commitment to its political independence, and in national determination to prioritise our own sovereignty and democracy over the conventions and pieties of the so-called ‘rules-based’ globalist order. This enhanced nuclear capacity could be used to complement an expanded domestic nuclear industry that wold also ensure Britain was self-sufficient with abundant atomic power and thereby no longer reliant on dirty fossil fuels. In order to signal the country’s willingness to cooperate with newfound friends and allies, Britain should also commit to universal nuclear disarmament – but until the point at which a democratically elected British government deems such a process credible, there would be no unilateral nuclear disarmament.

At the same time as the army was reduced in size, it would be strengthened and renewed. In order to ensure citizens’ control of their own security over the long term, a national militia should be formed encompassing the entire population, modelled on the Swiss-American and Finnish examples. The reduced standing army should provide the professional core of this new model army and would oversee the training of the new militia. Every capable citizen would serve in the militia for 18 months after secondary school and prior to higher education, with an auxiliary role in emergency services only allowed to conscientious objectors. Militia membership would be accompanied with legal duties to control and maintain the nation’s stock of firearms and munitions as part of militia service. This would also help ensure that security remained firmly under the control of citizens and not just the state bureaucracy. To this end, venerable civil society organisations such as the British National Rifle Association should be empowered.

A population that had democratic control of its own security through popular and permanent participation by citizens providing that security themselves would have no interest in expeditionary or globalist warfare. At the same time, such a population would well understand the personal costs and necessity of protecting its rights through force if necessary, and would constitute a formidable, trained opposition to any potential aggressor that succeeded in landing on British soil. Combined with the expanded nuclear deterrent, Britain would be at once unconquerable and pacific, at once indomitable while also being structurally incapable of globalist aggression against other sovereign states.

The vote against supranationalism.

NATO began life as an alliance to protect Britain from invasion during the Cold War, and to prevent the prospect of the European continent being dominated by a single power. That risk has evaporated; the USSR and Warsaw Pact are long gone, and there is no prospect of Russian tanks invading Belgium or north-eastern France. This redundant military alliance only survived by globalising – extending from its original area of operations in Europe by finding wars to fight in North Africa, the Mediterranean and Central Asia. From starting off as a Cold War-era regional military alliance, NATO has since grown into a bloated globalist organisation that feeds the Forever War an endless supply of blood and treasure. To end Britain’s permanent wars, to prevent Britain’s elites from being lured into the globalist mirage of military glory for human rights, and to stop future governments from frittering away British blood and treasure in wars as yet undreamt of for decades to come, it is time to Brexit from NATO and expel all NATO military presence on British territory.

The vote against empire.

Of the many slanders levelled by Remainers against Brexit voters, the notion that Brexit was driven by imperial nostalgia was among the most laughable and egregious – as if voters in small towns and post-industrial regions were thinking about the Raj when they were asked to vote on Britain’s relationship with the EU. Indeed, it was Remainers who were far more concerned about maintaining Britain’s great power claims and international status than Leavers, as evident in all the euphemisms that they manufactured to voice these imperial pretensions – ‘a seat at the table’, ‘leading role’, etc. The decision to enter Britain to the EEC, the precursor of the EU, was clearly understood at the time as a substitute for Britain’s lost empire. By contrast the vote for Brexit was a vote to address the concerns of Britain’s left behind regions, not its global claims. To that extent, it was a vote against empire and imperial delusion perpetuated by the EU.

By repudiating both the remnants of empire and globalist humanitarian warmongering, Britain will reach out to the peoples of the world who have been on the receiving end of liberal globalism and all its efforts to stamp out sovereign independence. Such a Britain will promote reciprocal relations and friendship between all the peoples who seek independence for themselves and peaceful and prosperous cooperation with others. Withdrawing from globalism in order to refound international relations on the basis of sovereignty is the kind of world leadership Britain should aspire to.

As Boris Johnson pontificates about the defence of the realm while cowering in self-imposed quarantine despite in all likelihood being immune to Covid, it is worth recalling that Britain did not have a stock of PPE fit for purpose when Covid arrived at our shores, despite the civil service having extensively planned for a global pandemic. This simple fact should put into sharp perspective all grand declamations about global ambitions, ‘seats at the table’, etc. Extracting a popular concept of security from the globalist one is a must if our dash for sovereignty is not to lead us back into globalist pretensions and the permanent wars of the future.