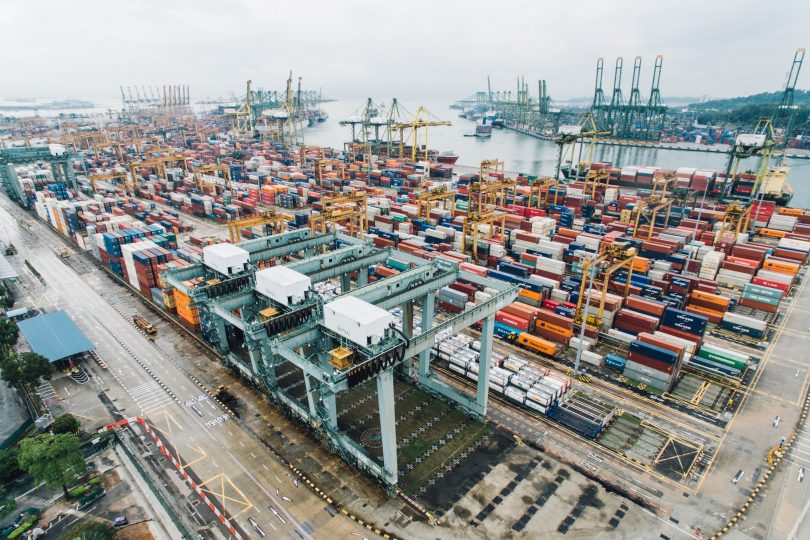 This week Reuters published the most extraordinary article about the EU UK trade talks which clearly displayed how little either the journalist or the EU ambassadors she interviewed, understand about trade, price elasticity or consumer preference. One sentence in the article read: ‘Without an agreement, trade and financial ties between the world’s fifth largest economy and its biggest trading bloc would collapse overnight, likely spreading havoc among markets, businesses and people.’ This statement is completely wrong.

Trade will not collapse without an agreement. Trade doesn’t need an agreement – hence why the US and China are the EU’s biggest markets, accounting for just under 30% of total EU trade in 2019[1], even though neither has a comprehensive trade agreement with the EU nor have they dynamically aligned their regulations with the EU’s mythical ‘level playing field’ regulations. China is the biggest supplier of imported goods to the EU – providing 18.7% of all EU imports without a comprehensive trade agreement. While the US is the biggest market for EU exports – buying 18% of all EU exports also without a comprehensive trade deal. The UK, by the way, is the EU’s second biggest export market – buying just under 15% of all EU exports, ahead of China at only 9.3%. The UK also has the second biggest trade deficit with the EU at €124 billion in 2019, behind the US whose EU trade deficit was €152 billion.

The idea that trade or financial ties between the EU and the UK would ‘collapse overnight’ without an agreement is not something you would expect to read in the financial media. Trade agreements do not generate trade – consumer demand and business suppliers do. Trade agreements can make trade easier but if consumers want to buy something, then that demand will be supplied with or without a trade agreement – even if the product is banned by the government. The illegal drug market is a good example of this – it continues to operate in the UK without a trade agreement for its imported products and without the government sanctioning the business.

At the very worse, if tariffs are added to products crossing from the EU into the UK and visa versa, then EU-UK trade would merely become more expensive. But this would be a bigger problem for the EU than for the UK because the UK is a net importer of goods from the EU. So Reuters’ other claim: that Britain must follow EU level playing field rules if it wants to continue selling goods freely in the EU’s ‘lucrative single market of 450 million people’, is also false. It is the UK that provides a lucrative market for EU merchandise. Last year the UK imported €318 billion worth of goods from the EU. Only the massive US market imported more (and in case I need to remind you – did so without a trade agreement).

For example, the UK imported, 1,824,262 cars from the EU in 2018 almost three times as many as it exported to the EU. If there is no trade deal and the UK adds 10% tariffs onto EU cars under the MFN tariff schedules, then there is a chance that there will be some import substitution by UK consumers. Once loyal BMW or Mercedes drivers may switch to UK made Jaguars or Aston Martins. Renault drivers may prefer a Nissan, Fiat drivers may prefer a Mini. Alternatively, if the UK signs trade deals with Japan and the US, UK drivers may switch from EU models to Lexus, Tesla, Chevy, Jeep, Corvette… I could go on. It will all depend on customer loyalty and individual product price elasticity – that is the amount sales fall as prices increase.

For many products imported from the EU the addition of tariffs will have little effect on their retail price, as not only are most tariffs low, but import tariffs are – unsurprisingly – added to the import price which is often a small fraction of the retail price, paid by consumers. For most imported items, the price consumers pay mainly goes to the retailer, importer and distributor, who in turn will use the money to pay their staff, landlords, banks, lawyers, advertisers etc. There is also the VAT of 20% which is added to the retail price and in some cases excise duty is added as well – both of which go to the government. So apart from some highly tariffed agricultural goods, imposition of import tariffs would have only a small effect on the eventual retail price.

Some retailers may try to pass on the additional cost of the new tariffs to their customers, but this will generally only be possible if there are no locally made rival products or rival products from countries that have signed free trade deals with the UK. If there are un-tariffed competing products, then it is more likely that the retailers or importers of EU made goods or even EU manufacturers would have to absorb the cost of the tariff so as not to lose UK market share.

This isn’t rocket science. Every financial analyst in the City is presently calculating the price elasticity of EU products and how much market share EU firms, or UK firms selling EU imported goods, would lose if they increased their prices to cover their increased import costs. If the UK is only a small part of the company’s worldwide exports; or if they have a loyal customer base; or few direct substitutes for their products – this won’t be a big deal and possibly not even move the company’s share price. But unlike Reuters’ claim, it would most certainly not ‘spread havoc’ among markets and businesses.

Once upon a time, companies like Reuters would publish detailed analysis on the potential effect of a tariff increase on a company’s share prices to help investors but now it appears, like much of the main stream media, they would prefer to try to catastrophize an otherwise simple and everyday occurrence. Although the imposition of new tariff schedules is not happening every day, other manufacturing and retailing costs are changing all of the time, as are those of the retailer’s and manufacturer’s competition. So, decisions about whether to absorb increased costs or passing them on to consumers are just part of running a business. Additional costs due to Covid precautions or relocating supply chains out of China will be creating much more havoc for businesses than adding tariffs to EU imported goods would.

But one thing is clear, EU-UK trade will not ‘collapse overnight’ without a trade agreement, it would just become ever so slightly more expensive although maybe not for UK consumers.

Catherine McBride is an economist and a regular contributor to BfB.