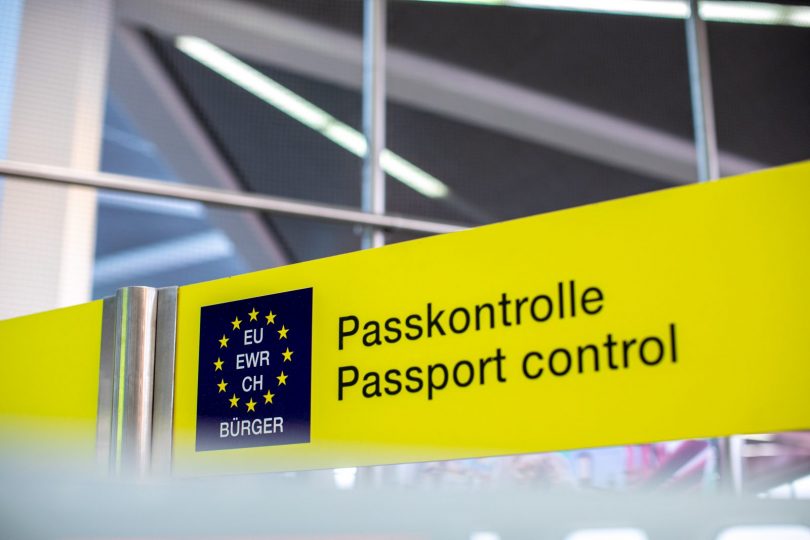 Although many in the UK are applauding the Home Secretary’s new immigration policy, the people who should be giving her a standing ovation are the poorest countries in the European Union who have been waving goodbye to their brightest and best since they joined and now clearly understand the downside of the free movement of people. Diane Abbott’s idea that reducing EU immigration will somehow decrease the UK’s diversity is ludicrous.

I am sure that the concept of the Free Movement of People made sense when the original European Economic Community had six similarly affluent member states, with enough language and cultural barriers to ensure that few citizens would ever consider emigrating. But now, with high youth unemployment in much of the EU, it is the younger generations who are most likely to make use of the EU’s Free Movement of People. The UK, like the other wealthiest EU nations, has become a Pied Piper economy: enticing away the youth of less affluent EU member states with their many employment opportunities and flexible employment regulations. The UK has also enticed many Non-EU immigrants to its shores. But they required a three year working Visa, while EU immigrants have been entitled to stay in the UK forever.

This has been a massive windfall for the UK economy and saved it from the many problems associated with having an aging population, but it has been disastrous for the EU countries who have lost their future generations and often their most talented and well educated young citizens. The EU countries with the highest emigration levels, Croatia, Romania, Latvia, Lithuanian and Bulgaria, also have negative levels of natural population growth. This can be easily explained – their young people, who should have been having families in the country of their birth, are now settling down and having families in their new homes in Western Europe.

In some cases the annual population decrease has been going on for every year that they have been members of the European Union, for others like Greece the population decline started in 2011 with the Euro crisis. According to Eurostat[1], Romania’s population dropped by a massive 23.7 per 1000 head of population in the first year of their EU membership and has continued to drop ever since.

Less affluent EU states who have paid to educate their youth, but must watch them leave to work and pay taxes in more affluent EU countries, while their home country is left to pay for the pensions and medical bills of their rapidly aging population. Surely new Member States joined the EU in order to develop their own economies, not the UK’s or Germany’s, but they won’t achieve this aim unless they keep more of, if not all of, their young, educated and entrepreneurial citizens.

And before anyone cries that the NHS will collapse without the cheap and trained staff from Eastern Europe, I would like to draw your attention to a chart below from the House of Commons Library Briefing paper 7783[2], regarding NHS staff in England – 87% are British. While only 5.5% of HNS staff in England are from the EU, the country that supplies the UK with the most doctors is India, with 7115, and the country that provides the most nurses is the Philippines, 12,483 almost three times as many as the highest EU provider – Ireland. But unlike EU doctors and Nurses: any Non-EU national who is working in the UK on a Tier 2 working visa will have to return to their home country when their visa expires – ensuring that their valuable skills are not lost to their home country forever.

This is also probably a good time to point out that limiting EU immigration is not racist – unless you believe that limiting white Caucasian Christian immigration is racist. The EU countries that have provided the UK with the most immigrants are Poland, Romania, Ireland and Italy according to the ONS[3]. However, in the 2011 census: Poland’s population of 38 million people was 97% ethnically Polish with the other 3% being Slavic, German, Ukrainian and Belarussian – i.e. all White Caucasian. Romania’s now only 19.4 million population, down from 21.1 million in 2011, is 89% Romanian, 6% Hungarian, 3.3% Romani, 0.2% Ukrainian and 0.2% German – again White Caucasian.  Of the other top EU providers of immigrants to the UK, Italy claims 91.5% Italian and 8.5% non-Italian which is made up of 2% Romanians, 1% Albanians. 1% Arabs and 0.3% Han Chinese. Only Ireland lists 2.1% of its population as Asian and 1.2% as Black but to put that in perspective – the UK’s population is 7% Asian, 3% Black and 2% mixed race. Interestingly Mixed Race is a category that doesn’t appear in the ethnicities of the other countries and reflects how non-racist the UK really is. The UK also has the greatest religious diversity in the EU: Besides Protestant, Catholic and Orthodox Christians the UK also lists Muslims, Hindus, Sikhs, Jews, and Buddhists.  Diane Abbott’s idea that reducing EU immigration will somehow decrease the UK’s diversity is ludicrous.

To allow another country to entice away your educated young people, leaving only an aging population is economically crazy: aging populations don’t buy much and have a greater need for pensions and health care. Also many EU countries don’t have funded pension schemes but rely on current workers’ national insurance to pay for the pensions of retired workers. This system will eventually fall apart if the younger workers have moved to the UK. Although many immigrants may initially send money back to their homeland – I suspect that once they are established in the UK, and start buying homes and having children, they will have little spare income for remittances.

In 2008 only Italy and Germany had populations where more than 20% were over 65 years old. By 2018: Greece, Bulgaria, Portugal, Latvia, Croatia and Finland have all joined this group. In the UK 18.3% of the population is now over 65 but luckily 19% are under 16. Many of these under 16 year olds would have been born in eastern European Union countries if it hadn’t been for the Free Movement of People. 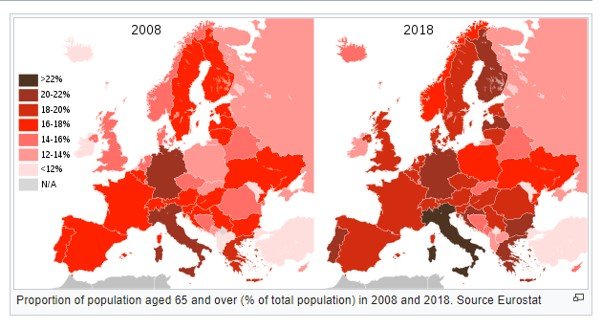 It is also crazy economics for the UK and other wealthy EU states to create wage deflation by importing a cheaper work force as this also lowers the wages of their native workforce. Wage deflation may be great for the few companies who employ large numbers of low skilled workers, but it is not good for the economy as a whole. Low wages leave workers with little or no disposable income, leading to lower levels of consumer spending and lowering overall economic growth.

European immigration to the UK is not new and it is not in itself a problem – but the unlimited and permanent movement of labour around the EU has distorted the economies of both the most affluent and the poorest member states.

Surely a time limited visa system, where immigrants must return to their home country at the expiration of their visa, would produce a more equitable EU wide economy. But until that happens, the less affluent EU members can at least rejoice that from January 2021, it will be slightly harder for the UK to entice away their educated youth.