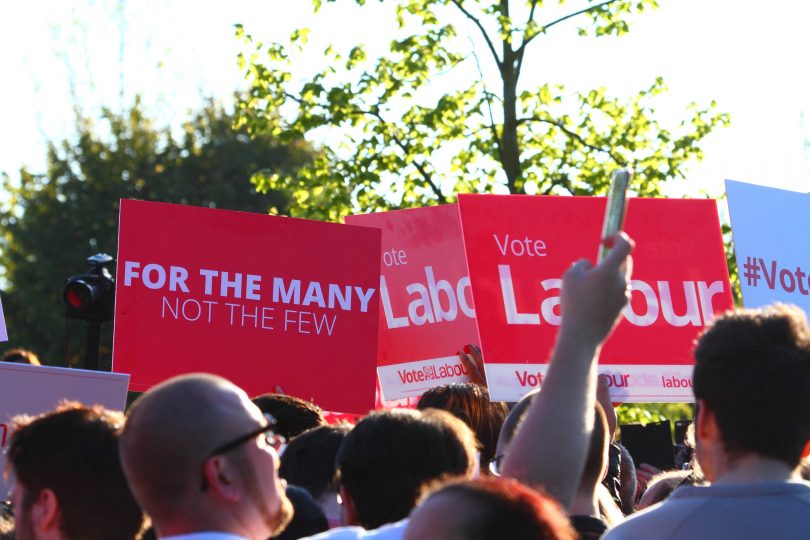 Unlike its European sister parties, there are two reasons why Labour isn’t quite on life support: first-past-the-post and its refusal to engage fully in European economic integration

The Labour Party might well be dying. It has broken its historic covenant with the British working class. Its refusal to respect the outcome of the 2016 referendum has been the lightening rod for a reckoning, years in the making, with traditional Labour voters. Supporters of New Labour and Corbynism are learning the hard way that our working-class voters had somewhere else to go.

In the aftermath of defeat, Labour Party members may be tempted, as often they are, to alight on proportional representation as an institutional solution to the left’s electoral rout. Absent the discredited Liberal Democrats, they may also try to turn the Labour Party into the chief vehicle for the campaign to re-join the EU necessarily on full terms. Both these aims are bound up in the desire to transform the Labour Party into a continental-style social democratic party.

But these would both be historic errors that would send us down the same path of terminal decline that stretches out in front of almost all social democratic parties in western Europe. There are two major reasons why the Labour Party may still have a fighting chance. First, the first-past-the-post electoral system. Second, its refusal to engage fully in European economic integration.

Set aside the observation that the voters don’t want electoral reform. When they rejected AV in the 2011 referendum, were the British people sitting in their living rooms and thinking, ‘The problem with the alternative vote is that it simply isn’t sufficiently proportional’? The more important observation is that proportional representation is one of the major reasons why European social democracy is on life support.

Across Europe, Christian Democrats and liberals implemented proportional electoral systems to design out majorities for the old, united socialist parties of the early twentieth century. In, for instance, Germany and Italy, where several left-wing parties now squabble over an ever-declining vote share, allowing the right to dominate politics, those early Christian Democrats have succeeded perfectly.

Conversely, Labour is a unique creation of our electoral system. Under proportional representation, there would be at least two, if not more, left parties that would almost certainly fight each other for vote shares, and, more likely than not, let the Tory Party dominate the centre even more than it does at present. (The political centre is not the same as liberalism, but that’s another story.)

Why is the vote share of most mainstream left parties across Europe declining? Proportional representation is the first of two connected structural flaws within European social democracy. The second is the jurisprudence of the European Union itself.

As data from Chris Hanretty demonstrate, the terminal decline of European social democracy began in earnest during the mid-2000s. This decline resulted from the introduction of the single currency and the expansion of the single market outside the broadly, but still unevenly, convergent economies of western Europe. Since then, a fully integrated international monetary union, fiscal convergence, and a deregulated labour market based on equating the freedom of labour with those of capital, goods, and services have mitigated against welfare states and social democracy. (Labour is not the same as goods, capital, and services, since people have roots, homes, families, nations, attachments, traditions, prejudices, and emotions. But that’s another story too.)

Many left-wingers across Europe seem to think of the EU as a gentle Kantian ideal: a series of free states semi-federating to drive themselves towards perpetual peace. In this vision, the treaties and international laws that govern the EU are apolitical, simply the necessary ‘constitutional’ scaffolding, and sit prior to its politics. Here the European Court of Justice becomes a rational institution that rationally adjudicates rational laws between rational states.

The obvious liberal-capitalist tendencies of the Maastricht and Lisbon Treaties spring from the fountainhead of the historic assumptions of European economic integration. The founding Christian Democratic fathers, especially Jean Monnet, Robert Schuman, Konrad Adenauer, and Alcide De Gasperi, applied a peculiar reduction of human rights discourse into a defence of private property rights that underpinned their economic liberalism.

They fashioned a treaty-based organisation whose jurisprudence reinforced international, market-based capitalism and managerial technocracy. Their vision belonged to the mid-twentieth century world of European political theology in which Christian statesmen governed morally to mitigate the impact of the free market.

Socialism relies on democratic control over these tools of the state within powerful, sovereign democratic legislatures – whether national or international. These tools should not be left to managerial technocrats and international courts whose jurisprudence is based on the political assumptions of the right.

Until the European social democratic parties understand the deep cause of their malaise, there is, frankly, no hope for them. They are, in principle, attached to the treaties, mistaking them to lend themselves to the politics of the left through, presumably, their loose commitment to a curious internationalism of free trade between largely white, Christian Europeans in a protectionist customs union that hinders the growth of the developing world.

Another Europe will only be possible with treaty change, starting with Maastricht and Lisbon but, in order to purge the neo-imperial tendencies of EU protectionism, stretching back to Rome. Until then, the Labour Party needs to start listening to the British people, and fast. It must devise a vision of post-Brexit social democracy, renewing faith in its historic covenant with the British working class and using the powers of a sovereign democratic legislature to fashion the conditions that make welfare states and redistributive politics possible.

The first policy shift should be labour market regulation. It was widespread opposition to EU freedom of movement, as opposed to migration per se, and the EU’s undemocratic refusal to revise this foundational pillar that drove the growth of Euroscepticism in the UK since the expansions of the mid-2000s.

Freedom of movement is, by its nature, a deregulated labour market. For example, the exploitation of ‘posted workers’, by which employers temporarily second employees to different EU member-states while remaining under the social security system of their country of origin, shows how employers can abuse inadequate EU labour market rules. The EU’s regulatory framework has created a highly inefficient labour allocation system, creating ‘brain drain’ in the accession states. It has also led to a race to the bottom in pay and conditions in the western European economies where wages, conditions, and welfare provisions tend to be higher.

Labour should renew its Delorsien commitment to the Social Chapter as well as to upholding the rights, including that to remain permanently, of all EU citizens currently in the UK. But it can also set higher labour standards than the single market.

To dream of becoming a continental-style social democratic party under proportional representation is unwittingly to wish the death of the Labour Party. It’s time to wake up and catch up with history.