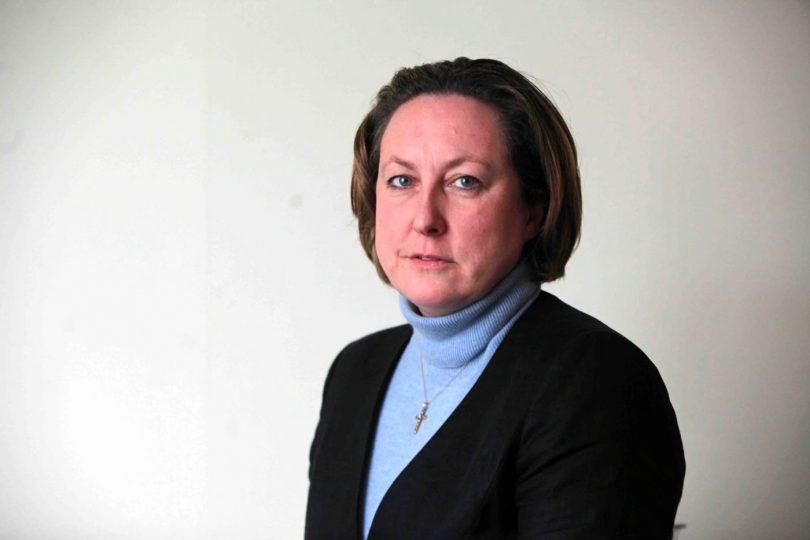 Brexiteer Anne-Marie Trevelyan the Conservative MP for Berwick Upon Tweed represents a fishing constituency that voted to Leave the EU in the 2016 Referendum and after reading all 585 pages of Theresa May’s Withdrawal Agreement she resigned her junior ministerial position in the Department of Education. It was a hard decision to take but Trevelyan says she could not support a deal that threatened British sovereignty in this way.

The B4B podcast series caught up with her in Central Lobby Westminster just as No 10 was telling the media that there would not be a vote on the Withdrawal Agreement on Tuesday 11th December as planned.  Even Cabinet Ministers were taken aback as the Environment Secretary Michael Gove had been on BBC Radio 4 Today’s programme saying the vote would go ahead.

Trevelyan said she was “disappointed” with May’s decision as a vote on the agreement would have led to a resounding defeat for the government and it would have sent a clear message to the EU that the NI backstop was unacceptable to parliament on both sides of the benches.

“The PM said she does not believe the NI backstop would ever be used, but it is there, and we cannot control it only the EU can and that is an unacceptable position for both those on opposition benches and a large number of us on the Conservative benches to support something that hands away control of our country to something we are trying to leave,” she said.

She goes on to talk about the way in which both Spain over Gibraltar and France over fishing rights could go on to use the Agreement to further their interests at the expense of Britain. “The EU is trying to play a very clever game but we have to stand up for the UK and all of its parts,” she said.

Trevelyan said she thought that the NI border issue had been used as a “political tool” by the EU and that it was “completely solvable”.

Speaking about her decision to resign from the government she said that after reading the agreement she felt she had little choice and that as an MP your loyalty is to your Constituency, Party and the Country and that: “Country has to be the first battle to fight. For this the risk of damage to the UK for decades to come is too great, we must not put this Withdrawal Agreement through. I am glad the PM has heard our voice. But my worry is that by not putting it to the vote the EU will continue to obfuscate which means we are more likely to end up in a WTO deal framework which is not disastrous but it is more complicated.”

Trevelyan explained that of the Agriculture budget the UK puts £6 billion in and only gets £3 billion back but that another £3billion goes to “subsiding our competitors”.  “The Withdrawal Agreement doesn’t give us our sovereignty back”, she added.

She continued: “Theresa May needs to bring back an agreement that is a future treaty for our future relationship with the EU which is acceptable to the vast majority of parliamentarians in the same was as there was a vast majority in the House in favour of putting Article 50 through two years ago. The House has to support the agreement, otherwise we will not have our Country going forward.  She needs to have listened; the NI backstop is not acceptable and handing over £39 billion without a trade agreement is not acceptable and neither is maintaining ECJ oversight of our country going forward, this is also not acceptable.”

Trevelyan said she was surprised that the ECJ had been able to decide so quickly that the UK can revoke Article 50 and she felt this was not a “fair and honest” process.

She said 95 per cent of emails to her over the past week had asked her not to support the Agreement.  She said here had not just been one Referendum in 2016, but a General Election too in 2017 where the voters and the parties had expressed their views on leaving the EU and that she did not support another Referendum or a People’s Vote.

She said she did find it hard to resign from her own government but that as a Brexiteer within government she had not been listened to and found it difficult to make her voice heard.  “It just wasn’t listened to”, she said.