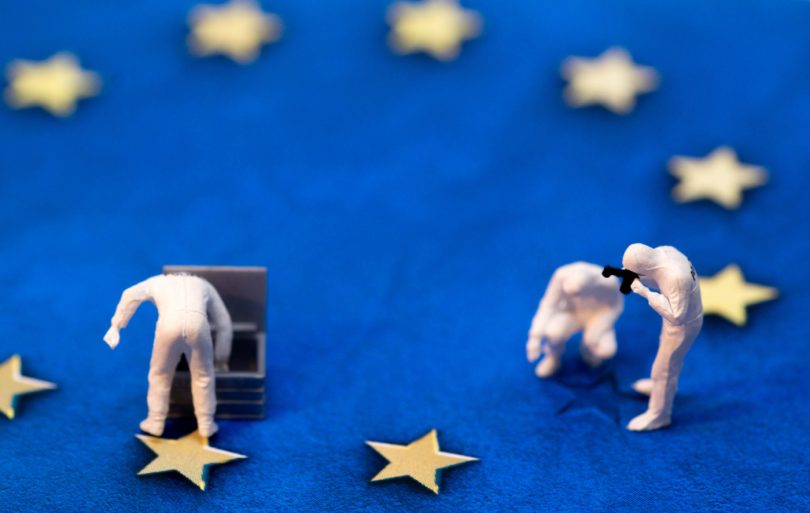 As we expected, political pressures have led the UK to make a deal with the EU and reject leaving on WTO terms.

The deal is much better than the failed deal negotiated by former PM Theresa May, but nevertheless contains many unpalatable concessions. The deal does just enough to restore the UK’s political and economic independence, but this restoration is fragile. We posit two possible futures: one in which, by bold policy strokes, the UK builds on its new freedoms to decisively break away from the EU’s control – and another where policy inertia sees the UK’s independence gradually chipped away again over time.

At the start of December, we argued that the UK would yield to short-term political pressures and agree an unfavourable deal with the EU rather than risk a WTO-based exit. This prediction has proved largely correct. The new UK-EU Trade and Cooperation Agreement (TCA) is a big improvement on the deal which former PM Theresa May tried – and failed – to foist on the UK. But it contains flaws and weaknesses which we need to keep firmly in mind.

We further argued that a deal with the EU could prove unstable. This concern remains. To use a historical analogy, we would characterise the TCA as an ‘experimental peace’ – the term used by George III to describe the Treaty of Amiens which led to a brief pause in Britain’s wars with revolutionary and then Napoleonic France. A deal has been done because the appetite for immediate further confrontation is spent, but the underlying tensions that created that confrontation will remain.

We basically agree with the verdict of the ERG ‘star chamber’ that the TCA succeeds in restoring Britain’s sovereignty. But we would give the deal only five or six out of ten if we benchmark it against the checklist for a bad deal that we laid out in November:

the deal allows zero tariff and zero quota trade between the UK and EU. There are also some useful sectoral bolt-ons (where considerable technical work seems to have been done) e.g. for the automotive sector, and some border easements such as a trusted trader scheme and phasing in of rules of origin requirements. But the standard of the deal in goods trade falls below that of the best deals negotiated by the EU – limited mutual recognition, a lack of diagonal cumulation and the lack of agreement to reduce inspection rates on agri-food trade are serious flaws 6/10.

the ‘rebalancing mechanism’, which allows the EU to launch complaints and tariff retaliation against the UK if the UK diverges significantly from EU norms in areas like the environment and labour laws, is unwelcome. The need to prove such divergence with real evidence to an independent panel plus limitations on the extent of tariffs allowed for ‘rebalancing’ defangs this mechanism to a substantial extent, as David Collins has argued. But the mechanism nevertheless goes far beyond what is normal in free trade agreements, and ambiguities in the language of the treaty provide potentially fertile ground for disputes – this is perhaps the most ‘experimental’ area in the TCA 5/10.

this section of the TCA looks better than some of the others and imposes relatively modest restrictions on the use of state aid, with several notable loopholes – some of which however appear to disproportionately benefit the EU 7/10.

our main concern in this area has been that the UK will shadow restrictive EU rules that damage competitiveness and make it hard to agree comprehensive trade deals with third countries, including important alternative suppliers of agri-food products. As it stands, the TCA text does not commit the UK in this area, which is good news, with the emphasis on WTO SPS rules. But agri-food trade will be subject to significant border frictions, with a notable lack of easements that might be expected given the UK’s high food standards (and which the EU has been happy to extend to other economies) 7/10.

the deal is, as expected, thin in this area offering little beyond WTO norms for the UK. This is less bad than it appears as the EU’s existing single market for services is quite limited. But it is striking that this area, which is one of the UK’s key offensive interests, provides so little for the UK while the deal grants so much to the EU on goods trade – its key offensive area. The deal thus looks somewhat unbalanced in this respect 5/10.

the UK has made major concessions in this area. The EU will only be returning around 25% of its catch in UK waters over 5.5 years, which will mean the UK gets only around 65% of the catch in its own waters at the end of this period (and even this figure is uncertain). This compares badly with e.g. Norway and Iceland where over 80% of the catches in their waters go to domestic boats. This greater catch is unlikely to be large enough to allow the UK industry to reverse its long-term decline, especially given greater border frictions.

In addition, EU boats retain their rights to fish within the UK six- and twelve-mile limits – a very unwelcome concession. In theory, the UK could take back more after 2026 but this would risk collapsing large parts, or even the whole, of the rest of the treaty. More positively, there are some limitations on quota-hopping (e.g. UK-flagged boats to have at least 50% UK ownership), but these are less strict than might have been hoped. The UK is also free to change management practices in its own waters, which might allow the ending of some especially damaging fishing practices (a good start has been made here). But overall, this is one of the worst areas for the UK 4/10.

the TCA does very little to override or supersede the serious problems that will be caused by the NI protocol. Zero-tariff trade between the UK and EU helps, and some of the issues we flagged up in the past look to have been ameliorated by decisions in the Joint Committee on the protocol. But many difficulties remain. In particular, future UK-EU divergence will slowly ratchet up trade barriers between GB and NI, damaging the interests of NI consumers and businesses and leading to inefficient diversion of NI trade away from GB towards the EU. The economic damage this would cause to NI may act as a serious constraint on UK policy making 4/10.

the TCA appears to offer no role for the ECJ and contains a standard clause by which the UK can cancel the whole treaty with twelve months’ notice. These are very important positives, implying the virtual elimination of EU law in the UK. But the linkage of goods trade with fishing, aviation and road transport is a bad outcome, allowing the EU to leverage disputes in one area by threatening to suspend the TCA’s provisions in others.

The most worrying aspect of the governance arrangements is the considerable power granted to a host (nineteen in all) of committees operating under the new Partnership Council that oversees the TCA. Decisions made in these committees, while they need to be joint ones, are binding and there are concerns that the committees will not be overseen properly by parliament and about how they will be staffed. Committees packed with pro-EU civil servants could provide a backdoor route to tying the UK back into EU structures and policies. The example of how civil service elements in the MoD have consistently misled MPs to push a pro-integration agenda illustrates the risks here 6/10.

our preliminary reading of arrangements for air and road transport is that they are reasonably positive, preserving a decent amount of connectivity and avoiding tie-in to EU regulations. This is as much a win for the EU as the UK, however, given the EU’s large market share in UK-EU road freight and the need to maintain access to UK skies for transatlantic flights 7/10.

In our view, then, the deal just about delivers on the UK’s negotiating aims to restore economic and political independence. Given the horrors of the May deal and the limited room for manoeuvre the government was bequeathed, we recognise that this represents a major achievement by the by the negotiating team led by Lord Frost.  But on its own, the TCA does not constitute a decisive break. For that to occur, the UK government will need to make some bold policy strokes:

The policy moves outlined above are important because the EU’s imperialist ambitions are unlikely to go away. An independent UK, especially a prospering UK, will be seen as an economic and strategic threat. We expect the EU to try to prevent aggressive UK divergence by exploiting the LPF provisions in the TCA and using legal warfare of other kinds, in an attempt to intimidate the UK government into shadowing EU policies as much as possible.

The EU will find plenty of support for this approach from various interest groups in the UK (including those now unfortunately embedded in committees looking at trade in agriculture) plus elements in the civil service. Having seen the UK make big concessions on fishing and the LPF to get this deal done, the EU will believe it has a chance to extract more in the future – and will be happy to threaten to collapse the deal if necessary.

The EU will also be hoping for a more friendly government to appear in the UK, one minded to seek closer integration with the EU. The structure of the deal, with important elements coming up for review in 2025-2026, almost seems to encourage this. If the UK has stayed close to the EU by then, for the sake of a quiet life, and failed to diversify its trade, this kind of closer integration will be much easier, no doubt badged as ‘building on’ the TCA.

Overall then, the UK could use the freedoms regained by the new deal to chart a genuinely independent path. But tensions in the UK-EU relationship will remain and the new agreement provides many avenues for these to be inflamed. It is also easy to see how the UK’s newly won independence could be gradually chipped away over the next five or six years. The next twelve months will be crucial to determining the direction of travel.