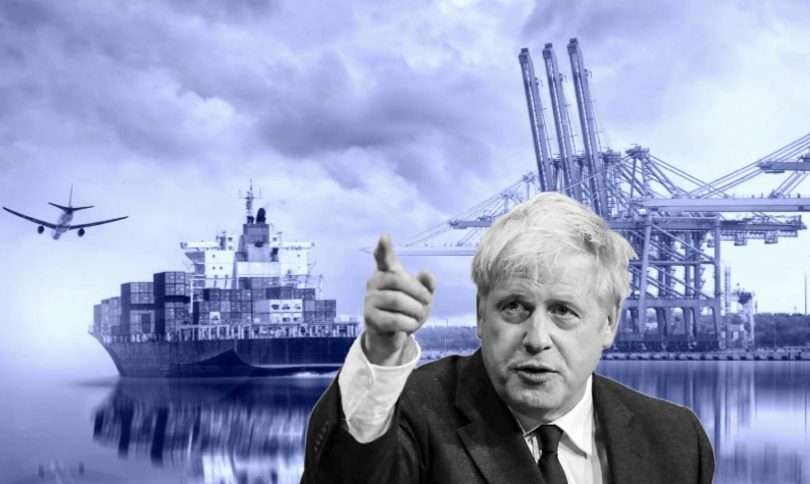 There has been much heartburn caused today by the £7bn number being thrown around as to the cost of customs declarations as the UK leaves the EU customs union. Shanker Singham adds his weight to the arguments made previously on this site that HMRC exaggerate the cost to companies of making customs declarations.

There has been much heartburn caused today by the £7bn number being thrown around as to the cost of customs declarations as the UK leaves the EU customs union.  This number was arrived at simply by multiplying the number of declarations estimated to be needed for UK-EU trade and the cost of each declaration as if each was being made by a new trader.  Based on John Thompson’s evidence to the Brexit Select Committee in 2018, since each customs declaration is £32.50, and HMRC estimates an extra 215 million declarations (i.e. 430m forms), one number multiplied by the other equals £7bn.

Even if this simplistic calculation were accurate, it is important to bear in mind that this cost would only constitute 0.3% of the UK’s £2.2 trillion in 2019.

But there are important reasons why this figure is an academic ceiling. This calculation assumes an “antiquated view of customs” to quote Michael Gove in his remarks before Parliament yesterday when unveiling the new UK border.  The reason it is antiquated is because there are in fact many simplifications that can be used to significantly lower the costs of customs processes.  These include trusted trader schemes such as AEO for larger traders, the use of periodic declarations, self-assessment processes and other mechanisms which will bring this number down significantly. It is not possible to say by how much as this will depend on how many UK traders avail themselves of these processes. At the moment the UK take up of AEO is atrocious. Some eight hundred or so versus 6,000 in Germany, as I recently pointed out in testimony to the House of Lords EU sub-committee on goods.  That is partly because UK exporters are less savvy than their German counterparts in international trade, but also because the AEO system in the UK is not especially user-friendly, and could certainly be improved and should be, now that the opportunity exists after leaving the EU.

It should also be pointed out that the UK’s payments into the EU as part of its membership fee included UK payments to the EU for customs processes and border formalities to protect the EU single market which of course the UK will not pay any more.  This is also currently being borne by the UK taxpayer not UK companies who would be responsible for the cost of customs going forward. Hence these costs are being transferred from UK taxpayers to the actual companies who benefit from international trade. This point needs to also be borne in mind in evaluating the total cost of customs.

We highlighted back in 2017 in Brexit, Movement of Goods and the Supply Chain (see here) a cost of customs case study involving a major UK trader, Tate and Lyle.  That case study suggested that the total cost of customs including for personnel was as low as 0.01% to 0.02% of the overall product value.  Declarations when they are done in house can be as low as 50p per declaration. Specialist declarations (such as CFSP, IPR, OPR etc) are charged on a resource and not a transaction basis.

The bottom line is that the actual costs of customs for companies and for the UK taxpayer will be much lower than this £7bn ceiling, perhaps even forty or fifty per cent of this which is 0.1% of UK GDP.

As Lars Karlsson, former head of Swedish Customs and Director of World Customs Organisation  points out “when leaving a customs union and territory there will be border procedures, however modern customs and border processing based on best practices and international standards is very different and considerably more efficient than the procedures used before. Introduction of smart borders and compliance management through trader registration, have in other places reduced the cost for business tremendously.

There are many examples around the world where companies have lowered their cost for customs administration by 30-50%, just by moving from transaction to system based processes supported by Government, at the same time generating better compliance and increased security. If UK starts its journey towards these type of systems at the borders, and I see signs that this is happening, we will see the same effect in UK with considerably lower transaction costs due to customs declarations and other formalities.”

“This calculation relies exclusively on the traditional cost of filling out customs forms. It takes no account of simplifications such as market segmentation, AEO schemes and bulk electronic declarations. Traditional border management processes across the globe are now being transformed by digital technology and analytics, so that data can be transmitted quickly and efficiently across borders at lightning speed to enable Border Agencies to make informed judgements as to when, where and how to intervene. We don’t have to read every form, open every box and search every lorry to do customs anymore. By embracing technology and building an integrated platform to transfer data quickly and efficiently between supply chains and government, we have a unique opportunity to build the world class border system we all want – whilst at the same time significantly reducing administrative costs across the board.”

No-one has ever doubted that there is a cost to leaving the customs union.  The point is that those costs are quite small compared to the enormous opportunities which are opened up if the UK can execute an expansive trade and regulatory policy. The government’s job is to mitigate those costs as much as it can do.  There are also significant opportunities for the UK in establishing a “new” border, leapfrogging old and antiquated processes and technologies and delivering the best border in the world by 2025 which is the UK’s laudable ambition. We should not be afraid to take these positive steps out into the world because of a relatively minimal cost of customs processes in our trade with the EU.  To do so would be to be afraid of our own shadow.

Challenging the calculations of the HMRC

Shanker Singham is Chairman of Global Vision, CEO of Competere and former advisor to UK Trade Secretary and USTR

Shanker Singham is Chairman of Global Vision, CEO of Competere and former advisor to UK Trade Secretary and USTR