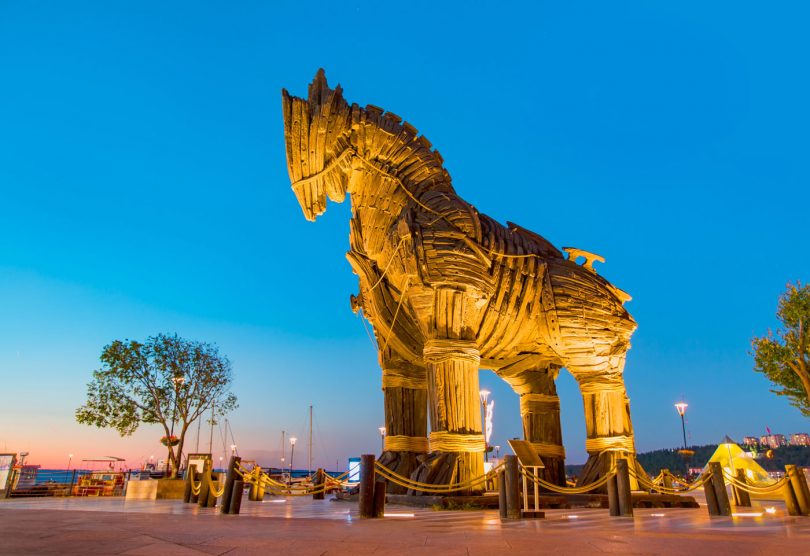 In their increasingly frantic efforts to stop Boris and to derail Brexit – by any means possible – the BBC ‘Today’ programme, Channel4Remain and the metropolitan Twitterati in general just cannot give enough airtime to the surprisingly weird and increasingly wild and inconsistent musings of this very odd MP.

If Mr Stewart’s candidature progresses further, then we shall doubtless have to delve into the psychology of Stewart the man. Simply to read his Border ramblings gives one to suspect that there is a voyage around our father going on here. His father, a former director in the SIS who failed to become Chief, and his father’s ambitions for him to attain high office, must have played a role in driving him to his eccentric, attention-seeking walkabout adventures as “Florence of Belgravia” – the wickedly funny and slightly cruel nickname which The Daily Telegraph tells us that soldiers gave him. Not without equal accuracy was he given another nickname, ‘le Baron,’ in one of his other previous incarnations. Nor is it to gainsay the real courage displayed by this complex personality in volunteering for dangerous work in Iraq. But none of that is the issue – yet.

The issue for now is what this bizarre leadership campaign is actually about. Politically, as distinct from psychologically, whose interests does it serve, and how? Cui bono?

The social anthropologist Max Gluckman once wrote an essay called “If I were a horse.” He took the title from seeing a farmer standing in a field sucking on a piece of hay as he wondered where his escaped horse might have gone. Gluckman used the episode to describe the method of participant observation in field research, where the anthropologist tries to think him or herself into other people’s identities. It seems to be an approach eminently suited to Mr Stewart.

In this case, since my horse has not bolted from his field, I can go one better than Gluckman’s farmer.  Therefore last night, when I went to rug him in this unseasonably cool and wet June weather, I asked for his opinion. So straight from the horse’s mouth…

“Have you forgotten what stalking horses are for?” he gently chided me. “And, since we’re on the subject, Trojan Horses?”. And wisdom imparted, he went back to grazing.

Stewart could be one, or either or both of these shady political equines, depending on how far he progresses.

His formal position on Brexit makes him the Remainers’ Remainer par excellence (as the names of his declared supporters confirm). Stewart’s claim that ‘no deal’ would be a disaster – when ‘no deal’ itself is a media cultivated misdescription of leaving at Halloween as the law prescribes, under WTO Art XXIV pending a civilised FTA with the EU – plus his assertion that the only possible deal is May’s deal (which could demonstrably be declared the impossible deal) mean simply that he does not wish to leave the EU. Ever. When buttressed by legally and constitutionally incorrect extravagance in denouncing proper mechanisms to prevent Parliament from blocking implementation of the referendum instruction of June 2016, and his proposed coup d’état (setting up an alternative parliament in Methodist Central Hall), Stewart’s position is not even Brexit in Name Only. It is no Brexit at all.

But Stewart has gone further with his artful handheld self-filmed walkabouts (Blair Witch Project, anyone?), his wacky social media campaign, scarlet circus tent and all –

with the bare-faced cheek of his bizarre idea of 50,000 telephone calls to ‘ordinary people’ to break the deadlock, i.e. to hope to disrespect the 17.4 million votes. What on earth is this about?

Well, as my horse rightly observed, this is the conduct of a stalking horse. In its sheer battiness it serves to normalise the equally Remainiac views of Trojan Horses who also, like Stewart, protest that they will ‘deliver Brexit’ while adopting more subtle means of subversion. Step forward the serial political assassin and supreme opportunist whose disgraceful behaviour in the heady week after the victory of Vote Leave makes him, more than any other single person, responsible for the horror show of the May premiership. My sources tell me that Michael Gove is the favoured Trojan Horse of civil servants who wish to keep a Brexiteer out of Number 10. Gove’s willingness to spout ‘greenwash’ and to surrender to de facto EU control in his current department by agreeing to non-reversion on so-called ‘green’ measures, and on agricultural and fishing regulations which damage our farmers and fishermen, shows that he has form. It is hard to explain his sad transformation from eloquent Leaver to darling of the Remain establishment, but that is not a subject my horse cared to comment on. In any case, metaphorically and literally, Gove may well have blown it. So the ‘May Cell’ may need to migrate to a different host.

That host could be Stewart if his circus tricks sufficiently damage more pallid candidates. He has an established track record as a politician ‘economical with the truth’ in describing his own past careers; and while the media like to mock Mr Hunt as ‘the windsock’ for his changes of position, Stewart is firmly planted at the other side of the airfield, signalling away to all quarters. Unlike Gove, he has no ‘struggle credentials’ in the Leave campaign, which made Gove the ideal candidate with which to bamboozle the Leave majority. Indeed he flaunts his contempt for them as once he insulted his Borders constituents. None of this should be forgotten amid current protestations of fully accepting the Leave result.  So we may have no doubt that he would ruthlessly implement a Brexit-blocking agenda while trumpeting his born again Brexiteer credentials, bathed in a happy-clappy haze of peace and love.

Then again there are those who see a longer game in all of this, with an eye on the post-nuclear battlefield should Britain be hit by Bomb Corbyn. Who knows? It’s beyond the most pressing question and my horse refuses to provide further insight without a whole bucket of carrots.