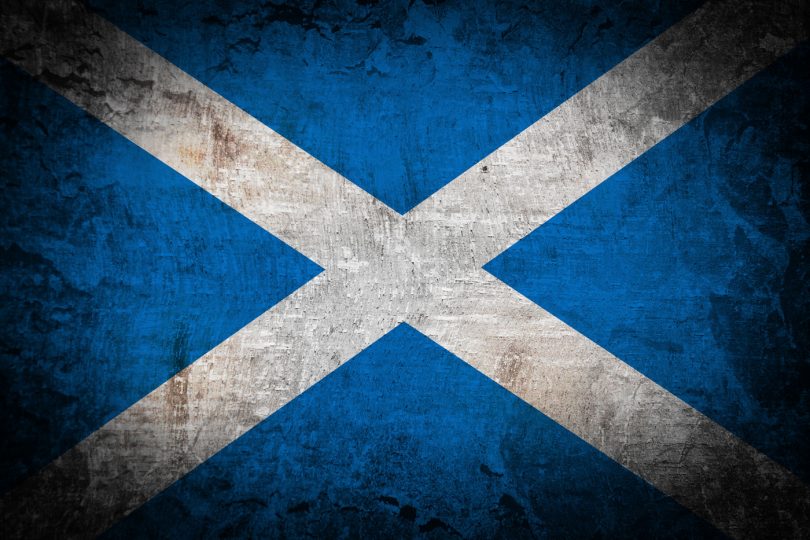 Written by Will Podmore

The Scottish National Party’s minority administration in Edinburgh is trying to contribute to the attempt to foil Brexit and the struggle to achieve sovereignty and independence for the whole of Britain. But it’s not doing well…

While efforts in the British parliament to halt our exit from the EU are being roundly defeated, pro-EU fervour has continued unabated in Scottish political circles. They can be seen to be fulfilling the role that one of their former leading members described as being “a fifth column for the EU”.

Those were the words of Jim Sillars – who campaigned for Brexit in the 2016 referendum and contributed to the estimated result that over 30 per cent of Scottish National Party members voted to leave the European Union.

Trips by Scottish ministers to engage in direct talks with the EU have become more frequent. Scotland House in Brussels – funded by the British taxpayer – has become a hub for what amounts to an already separate foreign policy. But, after years of inaction, the British Foreign Secretary took the unprecedented step in mid-June of refusing Foreign Office support for Scottish First Minister Nicola Sturgeon’s trip to Brussels.

Sturgeon used this visit to promote the idea of Scottish “independence” along with an EU membership. Foreign Office opposition to the visit was because of its objection to “the Government facilitating a visit that is focused on undermining the UK’s integrity, rather than any of her [Nicola Sturgeon’s] devolved responsibilities.”

The SNP administration still slavishly follows EU rules on support to ailing industries. There has been six months of inaction in the case of the “Caley” railworks in Glasgow, where Gemini Rail is ceasing operations.

The railworks have been a national asset since 1856, and a strong local campaign has developed to save them. Yet the SNP administration continues to hold back assistance citing that the EU “state aid rules mean that it is not possible to take over the site.”

Similarly, in the case of the wind farm fabrication works at the BiFab site in Fife.  Over 500 highly skilled jobs are threatened, yet a campaign to achieve renewed orders through public procurement has been turned down citing EU rules against state aid.

Meanwhile, the site is in the hands of EDF, partly owned by the French state. It has placed orders to produce the offshore wind farm with the Italian company Saipem, which in turn would manufacture the products at its yards in Indonesia where wages and safety conditions are much lower. Another five platforms for the wind farm went to Navantia, the Spanish state shipbuilding company.

This follows the awarding of contracts for 100 turbine jackets to Belgian steel constructors Smulders and United Arab Emirates fabricators Lamprelli. The offshore wind farm in question is Neart na Goaithe. It is to be located 10 miles off the Fife coast, is worth over £2 billion and would generate enough electricity to power a city of half a million people.

The British government is also slavishly following EU rules in the case of British Steel where over 5,000 jobs are threatened, including those at the Roslin site in Midlothian.

Then there are the jobs at Rosyth and Clyde shipyards, in jeopardy because the construction of Navy support ships have been forced to go to international tender – again under EU rules. The ships were deemed to be non-military, thereby excluding them from having to be built in Britain.

All the above renders the SNP quest for “independence” meaningless: they are already in hock to the EU.

Meanwhile, an unusual spat has blown up between the SNP administration in Edinburgh and the Irish government. Threats were issued to Ireland to refrain from entering the waters within 12 miles of the islet of Rockall.

On the face of it this seemed to be a claim of sovereignty over Rockall by Scotland. The UK established its sovereignty over it in 1955, a claim never accepted by Iceland, Denmark and Ireland. Ireland and the UK have already established an Exclusive Economic Zone agreement and Rockall is placed within the UK’s EEZ.

Possession of Rockall considerably enlarges British territorial waters. It lies 200 miles from the nearest inhabited island in the St Kilda archipelago which itself is about 40 miles off the north west coast of Scotland.

Scottish separatists see their threat as a move to establish their claim to extensive territorial waters rich in fish and potential energy reserves for an “independent” Scotland. Oil and gas exploration continues apace in the seas west of Shetland for example.

The European Union’s energy policy has long been one of coveting such energy reserves. Is this another case of the SNP acting as a fifth column for the EU?

The 2016 Government Expenditure and Revenue Scotland (GERS) report revealed Scotland’s national budget deficit widened to 9.7 per cent of GDP in the latest fiscal year — double that of the UK as a whole — with public spending almost £15 billion higher than tax revenue.

Now that the oil price is nearer $50 a barrel, a seceded Scotland would immediately have to levy huge increases in taxes and/or impose swingeing cuts in public spending. It is estimated that, as things stand, the non-Scottish taxpayer subsidises his Scottish equivalent to the tune of about £1,000 a head per year.

Meanwhile, the SNP is focusing on its separatist project, with one of its MEPs reviving his advocacy of the euro currency. During the EU election campaign Alyn Smith praised the euro, urging its adoption in a separate Scotland.

Nicola Sturgeon then said she was “more confident than ever that a separate Scotland would be welcomed back into the EU.” To that end the SNP administration has issued a plan to distribute a “household guide to independence” to every home.

Its website has announced a major campaign for Scotland to break away. To build towards that goal a series of marches and rallies trumpeting the separatist cause have been held throughout Scotland.

Just days after the SNP introduced a Bill to lay the path for a second “breakaway” referendum, a march and rally was held to make it look as if momentum was building in favour of separatism. That is despite polls showing the majority for British unity holding up in Scotland.

To save face, the separatists have greatly exaggerated the numbers of people attending these marches. ‘A Force for Good’, a body which campaigns for British unity, counted the numbers present using video. The separatist body ‘All Under One Banner’ claimed that 13,000 people marched in Ayr on 6 July, when the actual number was 2,672. It claimed that 7,000 people marched in Oban on 15 June, when the real number was 1,757. It claimed that 5,000 marched in Galashiels on 1 June, when only 2,122 attended. The biggest exaggeration was in Glasgow in May, where 100,000 were claimed but only 12,799 marchers were counted.  For the claims, see https://www.allunderonebanner.scot/ For the actual  numbers, see https://www.aforceforgood.uk/single-post/2019/07/06/2672Ayr

Several more separatist marches and rallies are planned for the summer and autumn. The campaign for unity will oppose them and count their numbers, with the videos made available to media companies – which are gradually beginning to quote the correct figures for these events. Another aspect of the marches is the proliferation of EU flags and saltire flags with EU stars that are on display.

The trade unions are hardly any better, with Nicola Sturgeon invited as keynote speaker to the Scottish Trade Union Congress annual conference. The Labour Party in Scotland has now adopted a policy of demanding another Brexit referendum and campaigning to remain in the EU.

But who do they speak for? The Scottish Labour Party was beaten into fifth place with only 9 per cent of the vote in the European elections. And the Brexit Party surprised everyone by coming second. Remember that 1,018,322 in Scotland voted in 2016 to Leave the EU. Only 594,553 voted for the SNP in this year’s EU election.