Home » Featured » The Single Market isn’t working – why doesn’t the Left understand this? 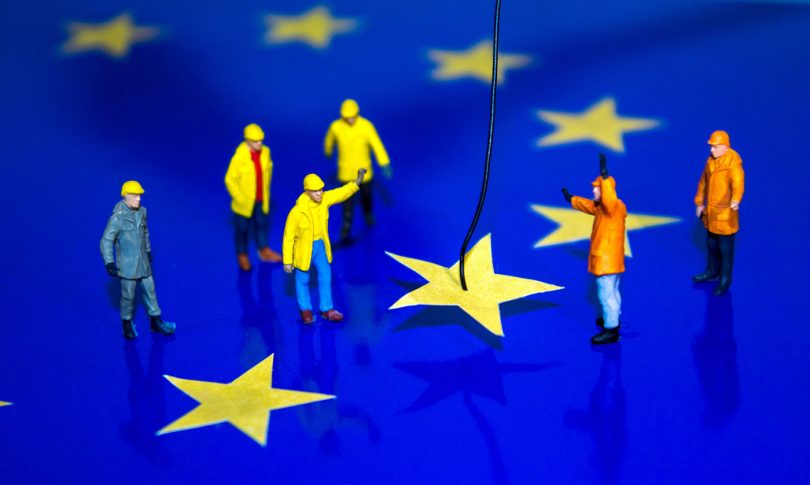 The Labour Party’s six tests for supporting a Brexit deal include ensuring the same benefits as currently enjoyed within the Single Market, protecting workers’ rights and avoiding a “race to the bottom” in terms of employment protections. Yet the reality is that the Single Market isn’t working for workers in the way most commentators – particularly those on the Left – believe it to be. Here’s why.

There is no Single Market in labour

The Single Market supposedly embodies the four freedoms of goods, services, capital and labour. But when it comes to the freedom of movement of workers, there is no real Single Market. EU workers are, of course, free to look for work in any member state and both unskilled and very highly skilled workers are able to find work if they are willing to accept the working conditions involved. However, a whole range of professional workers in between these two groups find it difficult to get jobs in their own profession, because there is frequently no mutual recognition of qualifications. For example, a qualified German hairdresser must requalify to practise in France (and there are two different qualifications, domicile and shop), and an English solicitor cannot provide conveyance for a residential property sale in most EU countries. There are, in addition, other barriers, such as language differences, the non-portability of pension rights etc.

Labour mobility within the EU is estimated to be one-third the level found in the US, and there are significant wage rigidities in European labour markets. Wage rigidities, combined with poor labour mobility, inevitably lead to high unemployment. Average unemployment in the inner core of the Single Market (the Eurozone) is 7.8%. It is 18% in Greece, 10.5% in Italy, 8.8% in France, although only 3.2% in Germany. Youth unemployment is far worse. It averages 16.1% in the inner core. It is 40% in Greece, 33% in Italy, 20% in France, and 5.6% in Germany. Workers’ rights are no good if you don’t have a job!

Some member states have, however, been forced to show wage flexibility by Brussels. A striking example is Ireland. Between 2008 and 2011, median and mean total disposable income (excluding all social transfers) in Ireland fell by 30% and 21%, respectively. These cuts were required as part of the EU’s rescue package for the collapsed Irish banking system.  Irish banks had lent excessively to property speculators, leading to a property boom.  Had Ireland had its own currency, the Irish central bank would have raised interest rates to curtail the boom.  But Ireland is a member of the Eurozone where interest rates are set to suit the economic needs of core members such as Germany, rather than peripheral members like Ireland. Ireland had no alternative but to sit it out and wait for the inevitable collapse of its banks – and then pay for it through massive wage cuts.  This is what is meant by the ‘integrity’ of the Single Market.

In fact, the European Union favours capital over labour

Clear evidence for this is provided by Ambrose Evans-Pritchard in a recent column in the Daily Telegraph. Here are some examples.

Local authorities must outsource contracts to EU firms offering lower prices than local firms. These firms can use the ‘posted workers’ directive and bring in workers from the poorer member states to fulfil these contracts. This, in turn, is having the effect of overturning UK job protection laws, such as the 1981 Transfer of Undertakings Regulations (TUPE) – as recent cases, such as Alemo-Herron in 2013 and Woolworths 2015, have shown. Displaced local workers are reduced to working on zero-hours contracts.

Employees in one member state are prevented from picketing or striking in protest against the use of imported cheaper workers. This follows from the Laval and Viking cases in 2007. In the former case, the Swedish building workers union was found to have acted unlawfully when it picketed a construction company that was employing Latvian workers who were paid 40% less. The latter case involved Estonian workers undercutting Finnish workers.

In the Rüffert case in 2008, the German state of Lower Saxony contracted a company to build a prison on the condition that it paid workers the collectively-agreed minimum wage for the sector. But the company brought in workers from Poland and paid them 54% less. Lower Saxony tried to cancel the contract, but the European Court of Justice (ECJ) ruled that this restricted the company’s right to provide cross-border services.

As another German example, in 2005, Volkswagen told the workers at its Wolfsburg factories that it would move production to Poland unless they accepted a three-hour increase in the working week without any increase in pay (effectively an 8% pay cut). The unions had no alternative but to agree to the demand.

Professor Mary Davis, of Holloway University of London, discusses the The Chimera of Workers’ Rights in the EU. She says the Lisbon Treaty (2007) “reversed ‘social Europe’ completely by undermining the legal basis of workers’ right to employment contracts and negotiated collective agreements”. She concludes: “The EU has systematically undermined the collective rights of workers and their trade unions, whilst at the same time offering minimal protections. It therefore remains surprising and perplexing that trade unionists should still place their hopes on a chimera. Instead, we should exposing the real nature of the obstacles to advancement and resolve to strengthen our own organisations. This is the only way to challenge the depredations of capital and the state in order to ensure that workers’ rights are protected and enriched”.

A similar criticism comes from Professor Costas Lapavitsas, of SOAS London University and author of The Left Case Against The EU. He argues that the Left “have elevated [the EU] into a great mechanism for protecting worker rights, but it is not true. None of the big advances – the Equal Pay Act, the Safety at Work Act, the Equal Value Amendment, the Sex Discrimination Act – had anything to do with the EU. They came from within, from the workers’ struggle.”

Evans-Pritchard also quotes Labour MP Graham Stringer who wants to know why his party is so willing to subcontract its raison d’etre to the EU: “The basis of wanting to be a country independent of EU regulations is that we can make decisions ourselves. The Tories may well change the rights of workers but at least we will have the possibility as a Labour Party and trade union movement to put those back, as we have done before. When those rights go in the EU, they are gone for good. They become more or less unalterable”.

In a previous Briefing for Brexit, I said that “The European Union has created the illusion that it is simultaneously both a worker’s paradise – given the social protections it guarantees to its workers – and a capitalist’s heaven – given how effectively businesses can lobby Brussels to raise barriers against imports from outside the EU”. But the reality is that market access and the rights of capital have become the dominant EU freedom.

The Single Market isn’t working – why doesn’t the Left understand this? As the title of Ambrose Evans-Pritchard’s column makes clear: “Mr Corbyn, the only way to safeguard worker rights in Britain is total escape from EU law”.

Workers’ & women’s rights come from the UK, not the EU

The EU doesn’t even have minimum wage legislation

One of the many myths about the EU is that it has been responsible for the minimum statutory workers’ rights and women’s rights enjoyed in the UK today. The truth is very different.

Let’s start with possibly the most obvious and basic statutory workers’ right: that of a minimum wage.

In all the workers’ and women’s rights above, the UK’s statutory arrangements are better than those which would be applicable under EU law