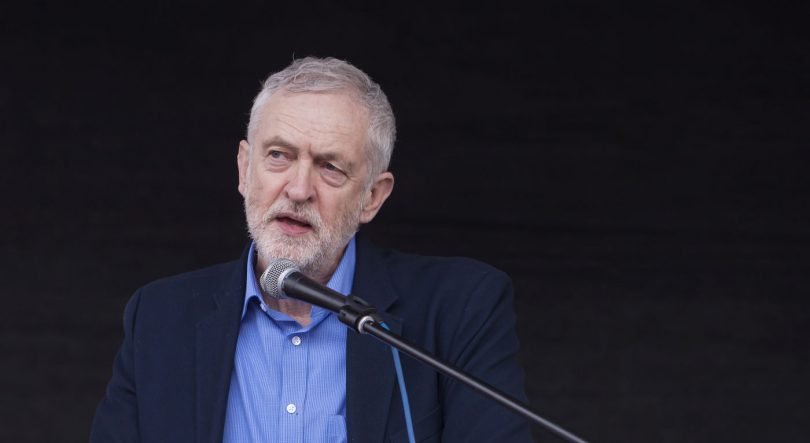 In this contribution the significance of recent comments by the EU Budget Commissioner are examined. It has been made clear that the EU will not negotiate a customs union with the UK. The UK would be part of the EU’s Customs Union, paying its tariffs to the EU budget, with the EU in full control of UK trade policy.

In this contribution the significance of recent comments by the EU Budget Commissioner are examined. It has been made clear that the EU will not negotiate a customs union with the UK. The UK would be part of the EU’s Customs Union, paying its tariffs to the EU budget, with the EU in full control of UK trade policy.

Unnoticed amongst the very recent stories of the EU ratcheting up its demands for British subservience, Gunther Oettinger, the EU’s Budget Commissioner, confirmed that there would be no Customs Union with the United Kingdom other than the Customs Union. It was unnoticed even with reporting of the Budget Commissioner, which concentrated on him saying that the UK rebate would be lost in case of the UK Remaining or having the sort of “Soft Brexit” where the UK continues to contribute.

The EU Budget Commissioner said this:[1]

“All who are in the customs union are treated equally, there’s no discrimination, and should the UK or part of the UK permanently or temporarily remain in the customs union, then they will be treated in an equal fashion with regards to all their rights and obligations…”

It will not be a Customs Union of equals, where the EU and the UK collect the same tariffs, each keeping the tariffs for their imports. The tariffs will be EU tariffs. The UK will act as collection agent for the EU – so much for third countries not being allowed to police the EU’s borders – and will keep only 20% to cover administration.

This is significant in that a Customs Union of equals would have undoubted attractions. It has often been said by many Eurosceptics through the decades that if the EU had kept to the business of a Customs Union and a Common Market then all would have been fine. The EEC had become the EC, then the EU, and that for many is the reason why the risks of leaving are worth taking.

A Customs Union of equals would be one where the UK and the EU would jointly enter trade deals, and each side kept their own tariffs.  The rights and duties on both sides would be reciprocal, at least on these most important matters.[2] Trade agreements being one of the few areas of EU power where national vetoes have been retained. The national veto stops the EU sacrificing the economic interest of a currently unpopular member state as a bargaining chip in trade negotiations. An ex-member state may be very much in need of such protection.

The Budget Commissioner was clear that the only thing envisaged for Brexit is membership of the EU’s own customs union. The tariffs will be EU tariffs collected on its behalf. They are not thinking of a customs union where this is negotiable. Following Barnier logic that the EU is being “incredibly flexible” and offering an “incredible deal” by solving the Irish border problem by agreeing to accept a wide range of powers over Norther Ireland,[3] the EU feels much the same if it deigns to solve the problems of Brexit by agreeing a customs union. It will be their Customs Union, their rules.

Messrs Corbyn and Starmer can hold out little hope that there will be any equality in a customs union with the EU. If the EU has one irreducible principle as to what Brexit means, it is that if you are outside the EU, but subject to EU rules, then you do not get a vote. This is the principle that the EU pressed (and Corbyn and Starmer accepted) in respect of the transition. This is why it is so significant that the Budget Commissioner’s view is that any customs union will be the Custom Union. The EU’s Customs Union. Not a new customs union negotiated by the UK and the EU.

Doubtless Labour would say that a genuinely different Customs Union is there for negotiating if the UK adopts a friendlier and more constructive line.  Maybe it will be different if Labour politely but firmly hold their ground until a deal can be done, as Keir Starmer likes to suggest. This sounds splendid as far as it goes, the proposition actually worked quite well as a coup de théâtre in the general election campaign with Labour’s negotiating team assembled before the cameras, raring to negotiate the United Kingdom’s exit from the single market and the Customs Union.  The difficulty, of course, is that negotiating “a customs union” will be less advantageous for the EU than keeping the UK in “the customs union” under the stand-still transition. If Keir Starmer is willing to negotiate for as long as it takes, the EU have every incentive to negotiate for as long as it takes Labour to give up.  Labour has guaranteed not to walk away. Labour’s ability to offer an incentive to Mr Oettinger and his colleagues to revise their position is highly doubtful.

If Labour find themselves in the negotiating chair, they might recall Benjamin Franklin’s maxim that “we must all hang together or most assuredly we will all hang separately.” Labour has enjoyed the Conservatives’ serial failures in the negotiations, but it might repent in taking great pleasure in the EU’s negotiating steamroller getting up such a head of steam.

Labour’s “a customs union” will thus be different in name only.  It will be “the Customs Union” stripped of voting rights. To judge by how a mere re-naming allowed Labour to free itself of its pledge to hold a referendum on the European Constitution, it may be that Messrs Corbyn and Starmer and their colleagues will be well satisfied of their achievement.

[2] Equality would be harder achieve in the setting of more technical customs rules, given that Member States do not have vetoes there.