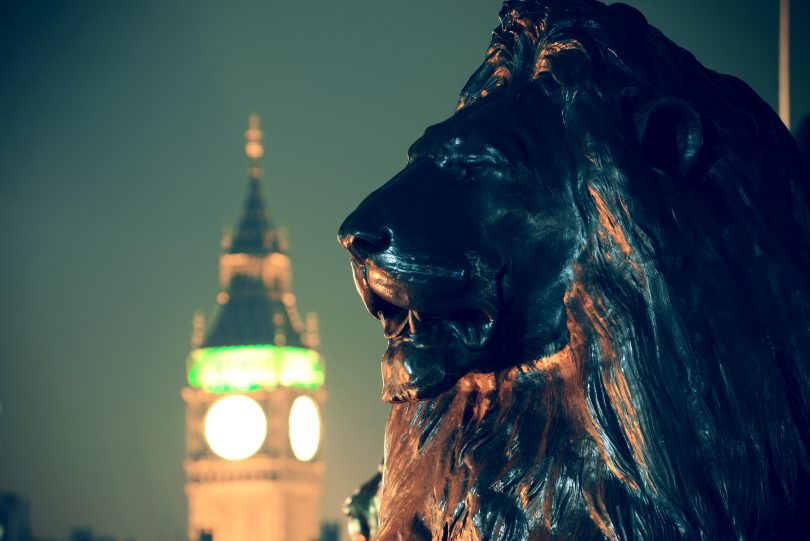 Veteran British diplomat, Adrian Hill, now based in Switzerland, argues that the old Commonwealth Relations Office should be revived and separated from the Foreign Office to cement our ties with our natural allies

Now we begin to see the last forty-odd months with a touch of perspective. The referendum three years ago was bound to bring out the worst in some people. In the event the behaviour of the British political establishment turned out to be utterly shameful. David Cameron probably thought that with the government’s machine at his fingertips, the vote would prove a walkover. If so, he was more foolish than even I thought. As the going became tougher, panic spread, the campaign style of the government, Labour, Liberals and various ‘nationalists’ with their European allies became appalling – nine million pounds alone wasted on leaflets to every British household, threatening mass unemployment, rocketing inflation, punishment budgets and even the President of the United States dragged in by our Prime Minister to blackmail the long suffering voters with what became labelled as ‘Project Fear.’

What was the reaction from the voters of our country. Not only did they over-rule Harold Wilson’s 1975 referendum win – after more than forty years exposure to his improved treaty that was rather obviously nothing of the kind – but instead of 62.2% voting, this time 72.2% voted. I still recall my warm surge of pride and pleasure that the old lion still had plenty of life in him. That my incredible country had woken up at last.

Before the referendum in 2016 the Labour and EU high priest, Tony Blair, was pushing for compulsory voting and state funded political parties because of voter apathy. There is nothing fundamentally wrong with our democracy – although I think referenda are here to stay.  Indeed, surely a zone where we could learn from the Swiss, who don’t trust elected representatives with anything of any importance. British voters rejected proportional representation with a referendum in 2011, Scottish independence with a vote only in Scotland three years later, EU membership with another referendum in 2016. This recent General Election also rejected EU membership. Also rejected were Tony Blair, John Major, Michael Heseltine, Ken Clarke, Kier Starmer, Uncle Tom Cobley and all for meddling on behalf of their Brussels cliques. The old lion is not only alive and well, but has sat up, and shaken himself awake.

Parliament has proved itself shallow and inadequate, a real challenge beyond them not only recently but over a long period. Let’s just look at the charge sheets. Both main parties were guilty of a massive strategic blunder in 1973. Rather than admit the truth, both spent almost fifty years trying to cheat themselves and the voters. In the end they may have fooled themselves but certainly not the voters. When the latter began backing another party David Cameron reluctantly tried appeasement – the referendum – but used the government machine and our money to threaten us. Mrs May’s back room dealing, her failure to leave the EU, triggered the Brexit Party’s landslide in a pointless European election and that landed Boris in Ten Downing Street. All parties colluded with the EU Commission until the latter’s puppets in Parliament seized control of the Common’s business from the Government. At that point the Supreme Court attempted to pick up the baton for the EU Commission but the voters knew exactly whose interests they were looking after.

Nor will many voters simply forget those former diplomats preaching despair and surrender in the House of Lords. What drives these people? Why is all this so crucial for our foreign policy and defence forces? Appeasement is a dirty word in British politics. That’s why.

Those Who Cannot Remember the Past Are Condemned to Repeat It

During the 1930s, the Foreign Office preached disarmament with appeasement of the dictators. The FO as an institution was still preaching appeasement when Poland was invaded in September 1939.  After the war the FO was already obsessed with Europe. Our job in the Commonwealth Relations Office was post-imperial namely to look after our wartime allies and friends who formed the former global empire, and keep the Russians out of the new Commonwealth so our closest alliances remained strong.

In the early 1960s the FO line was that Britain had two foreign policies, the CRO’s and ours, and to avoid confusion – meaning get their own way – we had to merge which also would reduce overheads. For a start one questions whether removing the old CRO overheads saved £9 billions worth of 1968 pounds! The real answer is that for near enough half a century the FCO spent over £ 400 billions on wealthy French farmers and other comfortable Europeans that could have given Africa and India clean water.

Another FO line was that the Commonwealth had turned its back on us by buying imports from other countries. This was nonsense as Peter Shore exposed in a famous speech during the original national debate on whether to join the Common Market.

In reality the FO’s desperate fight for a merger cleared the way for their next massive strategic blunder – joining the Common Market. Nearly 50 years later they looked desperate enough to preside over another historic wrong turn simply to survive as the controllers of Britain’s destiny. What is the alternative they fear so much that they would rather over sixty million fellow Britons became political, economic and military vassals of the German sun?

Just imagine if the hundreds of billions we paid over nearly fifty years to support the wealthy countries of Europe instead had been spent on the poorer countries of the Commonwealth. Just imagine if our market had been open to finished food products – sugar, coffee and chocolate to name only three. At long last we have another chance to finish the job. It is a little-known fact that Commonwealth markets have grown faster than those of the EU since 1973. The idea that joining the EEC gave the UK access to fast growing markets has proved wrong.

Our defence forces should be strengthened as a matter of urgency to support this effort. The obvious core is the Five Eyes Intelligence family. Other than NATO we should have no formal ties with the European Union’s new defence structure or anything else. We should discourage any move that duplicates or weakens NATO. My own hunch is that the German sun wants to make a pact with Russia and thereby distance the European Union from NATO, which they regard as an Anglo-Saxon club. Our effort should focus on rebuilding our defence industries, shipbuilding, aircraft, space and advanced technology. Because the obvious new best friend for a Europe-Russia Axis is China.

Had there still been a Commonwealth Relations Office in the early 1970s, opposition to joining the Common Market would have had a focal point in London. Forty-odd years ago those of us who foresaw disaster nonetheless accepted the result and did our best to make it work as I did for thirty years. Not any longer. Only two years after British voters defied Project Fear, the health of the economy ridicules the high priests of Remain. We are like a ship that has sailed on the wrong compass bearing for nearly 50 years. Turn the ship onto the true bearing with the wind behind her and her speed picks up almost without effort. To make sure we stay on course this time may I propose we take the C out of FCO.

I have reluctantly reached the conclusion that the Foreign Office is not interested in the Commonwealth; indeed, regarded as a threat to its influence. Let’s do what the mandarins dread: let’s revive the Commonwealth Relations Office and merge the Department for International Development with its budget into this new Commonwealth Office.

I would even go one step further. Throughout the last fifty years the FO and then FCO seemed most comfortable when plotting against us with their spiritual liberal cousins in Brussels and Berlin. Our closest and true friends were the other members of the Five Eyes intelligence alliance. All fives’ foreign policy stances are mostly aligned. Of course we sometimes differ, but only over how to make the journey, almost never about where we all want to go. Let’s persuade the Americans to honour the rest of us by accepting honorary membership of the Commonwealth – and place our diplomatic relations with our closest allies in the capable hands of the Commonwealth Office.

We all speak the same language. Our laws have the same roots. Our democracies have the same roots. We don’t have to explain ourselves to each other. Overnight we become a beacon for freedom in all its various forms. And we shouldn’t waste time because the fortress walls will rise higher and stretch further unless we fight for the cause of liberty. Our departure almost certainly implies that the leaders of the EU are destined to align with Russia and China to exploit the peoples of Africa, Latin America and the Pacific. We must open our markets to finished products from the Commonwealth thereby making membership a ticket to economic growth.

As in the 1960s, serving diplomats should be allowed to volunteer for the new service or opt to stay in the Foreign Office.

Boris is in a very strong position and must live up to his luck. He needs reminding that Margaret Thatcher’s part had over a million members. He has won a landmark election where voters put aside their tribal loyalties to restore their country as free nation in charge of our own destiny.

That old argument that the CRO had to be gobbled up by the FO because otherwise we had two foreign policies, was nonsense. The CRO was gobbled up partly because of a falsehood that the Commonwealth depended on British political enthusiasm. There was an FO mandarin assumption that the other countries weren’t interested in talking to each other and they forecast the Commonwealth soon would wither away. What utter nonsense. I would even go as far as racist nonsense. When the history of the last sixty years is written I think the robust health of the Commonwealth through millions of warm personal friendships and family links will prove the Queen’s greatest victory.