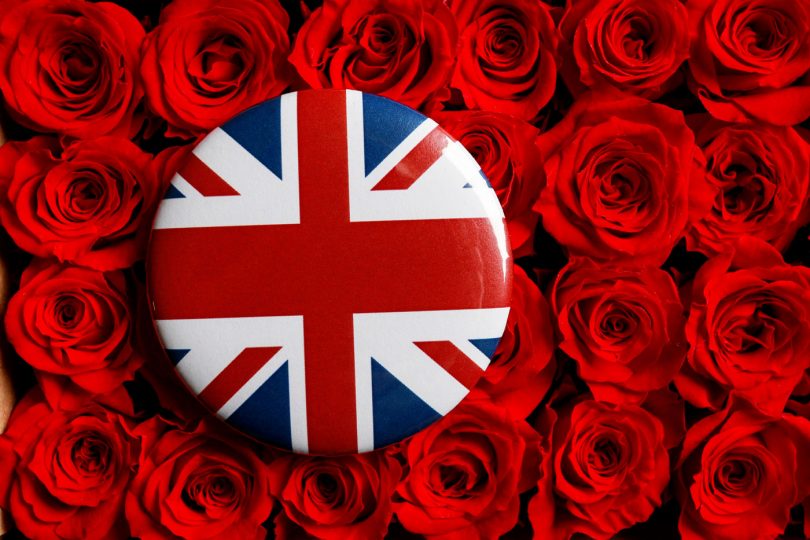 Brexit and Academic Politics. The fact is, there is a soft tyranny in this country’s universities, and it is having its effect. An awful lot of people have simply decided to censor themselves. Then there are the psychotics. I have lost count of the number of times when an attempt to calmly disagree with some interminable Jeremiad has moved seamlessly into being howled at by a desiccated lunatic. However, it is important to speak out. Public debate is the basis of civilisation.

A few months ago, I was sitting with a friend in the canteen of a university in London, and we were talking – unusually – about politics. Precisely what I said that prompted the conversation to move in its unexpected direction, I do not recall. Presumably it was something dangerously radical. I probably admitted that, after long and searching reflection, I had concluded that The Boys from Brazil is not a biography of Nigel Farage.

Eyes pricked with the harried courage that Hans Holbein depicted in his portrait of Sir Thomas More, she stammered: ‘Are we… are we at that stage?’ I wondered for a moment: have I profoundly mistaken the nature of this conversation? Then she continued, glance darting in the blue light of fear, at once blurting out the confession. ‘I… I can’t tell people which way I voted in the referendum. Can you?’

Now this should be silly. But the emotion was as real as the footprint on the desert island’s shore: the fear was real; the relief was real. And maybe not without cause. The day after I signed Briefings for Brexit’s inaugural letter to the Sunday Times, I ran into a recently retired colleague on Oxford High Street. ‘You’re a brave man’, he said. ‘I thought you had to be retired to risk signing those things’.

That moment in the canteen was actually quite poignant.

But there is something deeply wrong with all this.

I don’t know whether vengeful Remainists really do pose a danger to the careers of their enemies – in academia or elsewhere. In a world where customers like Priyamvada Gopal (of ‘Shut This Down’ fame) hold faculty positions at the University of Cambridge, I can’t blame colleagues – three heads of Oxbridge colleges among them – for keeping schtum. The real whack-jobs are probably far too busy tweeting, or trying to crowd-fund their unlettered screenplays, to seriously threaten one’s earnings – many of them, in fact, are not real academics at all.

But the threat need not be material. It is not that everyone is a mouth-frothing EU nationalist with a Boris Johnson themed dartboard nailed to their bathroom door – far from it. A lot of those with a view on the issue are perfectly capable of civil debate. Of course there is also the eggshell faction, who expect to be tiptoed around. Yet even when allowance is made for the ambivalent, the majority is enormous. And so the mood music of every conversation is uniformly Remainer, and even the jokes are rarely self-deprecating. The fact is, there is a soft tyranny in this country’s universities, and it is having its effect. An awful lot of people have simply decided to censor themselves.

Then there are the psychotics. I have lost count of the number of times when an attempt to calmly disagree with some interminable Jeremiad has moved seamlessly into being howled at by a desiccated lunatic. And I have lost count of the number of times someone has told me afterwards: ‘he’s a reasonable man, as long as Brexit doesn’t come up’. The remarkable thing is that many former remain voters have found themselves on the receiving end of the same. A friend of mine – who happens to be a European federalist – was recently screamed at by a colleague for suggesting that Brexit would not end in a re-enactment of the plagues of Egypt. For this, he is described – quite wrongly – as being ‘pro-Brexit’. But moderation wins few friends among Remainists, their cupboards bulging with clandestine Brexiteers.

Why the rancour? They will tell you themselves. A few weeks after that coffee I was dining with the former editor-in-chief of a political magazine. Having listened to him moaning through two courses about how awful his neighbours are and his imminent move to Ireland to escape them and Brexit, I was bored enough to say something. Predictably, I was soon gazing at a jabbering wreck of a man, broken in mind and spirit, veins crackling through his swivelling eyes.

EVERYTHING WAS PERFECTLY FINE with the EU, he told me: NOTHING WAS WRONG WITH IT AT ALL and WITHOUT THE EU, BRITAIN DIES. But the next part of the rant, which I quote verbatim, is the important bit. ‘All that happened is a group of countries got together and agreed not to have any more debate about a certain set of issues’.

A certain set of issues. Let us list some of them. The nature of citizenship, vast swathes of foreign policy, most of the instruments of commercial competition, movement of people, goods, and capital.

There is a basic naïveté to this outlook. The problem of politics in a free society is that it is inherently factious. Britain succeeded over the last two centuries because it managed to contain factious debate within a political process. Contain, not repress. This was thanks to the rise of a Conservative party which believed in managed change rather than reaction, and duly kept retrogrades like Dominic Grieve – the type that believes a family of Jacobins are living in its armpit – on the wild fringe. And it was thanks to a Labour party which long devoted itself to social improvement rather than revolution. Europe failed because the regimes that came after the French Revolution tried to repress their oppositions – liberal, nationalist, socialist, and fascist. Expelled from the political process, these movements became romanticised and revolutionary – the worst of all combinations. The rest, as they say, is European history.

The Woke Up Europe Foundation [sic] embodies this kind of Shire politics. Their website hosts a seeing stone called the 2050 index, which ranks (seemingly at random) western counties according to a set of (impenetrable) criteria. Impressively, it manages to discuss European demography without mentioning immigration and ‘openness’ – whatever that means – without mentioning security. Here is not the place to explore these questions, but they are real questions, and they need to be debated, not ignored. Presumably this is what the organisation’s founders mean by their invitation to ‘Wake Up’ to ‘the European Dream’…

Of course, the founder of this coterie, Bill Emmott, is not a serious person, and his ‘documentaries’ – Honey I Shrunk the Globalityness Index, or whatever it’s called – deserved to be met with derision. Like so many other diehard Remainists, his contributions boil down to a middlebrow pseudo-intellection: the parroting of a tired and rootless mythology, a squawking hysteria at any daring dissenter. As a political strategy, this works very well up until it has alienated more than fifty per cent of the listeners.

I use the term ‘Shire politics’ because there is something Tolkien-esque about this state of affairs, particularly in academia. Oxford and Cambridge, particularly, are very special places. ‘It’s another world’ I heard some tourist purr the other day – basking in awe at the chapel of Magdalen College. But they are set behind tall ramparts, and – rather like Tolkien’s Shire – insulated from the world of men.

Tolkien was an Oxford academic, and in the 30s and 40s he used to wander around the water meadows of Magdalen with his friend C.S. Lewis, fleshing out each other’s fantasies. This is one of the most beautiful spots in England. Thirty years beforehand, it had been the inspiration for Kenneth Grahame’s riverbank in The Wind in the Willows. Grahame was buried beside it in 1932.

Outside the water meadows, the rise of communism and fascism, the Second World War, and the beginning of the Cold War were unfolding. Inside Magdalen, fellows were placing macabre bets about how many planes would be shot down on a particular night. Flipping through that betting book – charmingly twee as it seems – you start to recognise the intelligentsia that George Orwell spent so much time eviscerating in The Lion and the Unicorn. I think Tolkien had the same point in mind.

The lesson of the last century is quite clear. You cannot hide from history, and if you try to sit on important arguments you will soon discover – as so few spokesmen of the Continuity Remain Campaign seem to have discovered – that you are sitting on top of a powder-keg. Clegg’s kingdom is not of this world, as St John might have said.

There is an understandable temptation not to bother with having the argument.

But it is actually quite important that these people – the psychotics, I mean, not the eggshells – are upset. Regularly. It is good for them. It is also good for society. And why should they govern the tongue anyway? The greatest achievement of Briefings for Brexit has been to provide a platform for those who will speak out.

For the record, I do so for three reasons.

And I’ll deal with whatever the consequences may be.