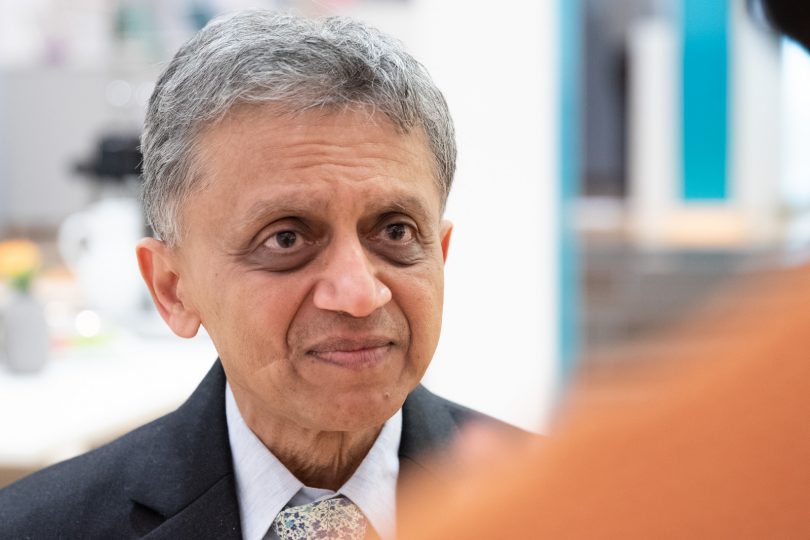 The prize-winning Indian economist Ashoka Mody explains why the EU is facing long-term economic decline, and why the economic costs of Brexit have been greatly overstated

Ashoka Mody, is Visiting Professor of International Economic Policy, Princeton University and author of Euro Tragedy: A Drama in Nine Acts (Oxford University Press). His book has just been judged the best economics book of the year by the American Association of Book publishers.

In this exclusive BfB podcast Mody tells us why he believes the EU has failed to keep up with growth in other parts of the developed and developing world, and why this has led to protest and anti-establishment movements and the fragmentation of political systems throughout Europe.

While he thinks leaving the EU will result in a “short-term” loss of trade to the UK and a drop in its GDP growth he does not think this will be long lasting.

Mody begins by outlining clearly what is happening to the economic slow-down in Germany and Italy, with Germany traditionally being regarded as the “powerhouse” of Europe and Italy a symptom of its “fault lines”. He thinks in the longer term there is a danger that Germany could descend into a second-tier economy as its reliance on the car industry becomes problematic and diesel cars are phased out while electric ones are developed.

In particular he says the EU has not invested in science and technology at the frontier in the way other developing economies have, particularly America.

“Germany is going through a generational change, and while it has been able to reinvent its economy in the past it could descend into a second tier economy. Italy has been in trouble for 20 years, and it is the theatre in which the Euro tragedy is being played out,” Mody said.

He pointed out that the single currency and full monetary union had always been problematic and that the ECB (European Central Bank), which administers the single market, has in his opinion not been quick enough in recent years to respond to change, particularly in authorising more Quantitative Easing. “QE is a half measure and now the ECB has stopped it when the EU economy is about to go into a tailspin. It is in the denial phase, it will deliver half measures that will therefore be ineffective. The ECB is in principle a powerful central bank but it doesn’t act like one, so in my judgement over time it has lost credibility,” he said.

Mody goes on to explain how the Brits had not always subscribed to the integrationist agenda of the rest of Europe and that while the EU had originally been set up to ensure peace after the Second World War, it had then developed into a transactional trading relationship. Margaret Thatcher had recognised the value of having a single market, but  as the EU has developed it has also increasing led to a loss of sovereignty for nation states.

Mody would not be drawn on whether in these Brexit negotiations the EU had been trying to “punish” the UK for wanting to leave the EU, but said that it now seemed that the Brits were more concerned about the issue of sovereignty than that of trade and prosperity; those so-called transactional costs of being a member of the EU. “Notions of punishment are highly subjective,” he said.

Mody ends by saying that while there will be short term transitional costs of the UK leaving the EU as old relationships are undone and new ones formed, the loss is “not really large”, which he puts at around 1.5 to 2.0 per cent of GDP.

Commenting on whether the UK could trade on WTO terms, Mody said in the longer term the UK economy could do well outside the EU.

“The drop in GDP growth in the short term may seem large but it is not large. Where I disagree with the proponents who believe in staying in the European Union, who claim there will be large long term and enduring costs, I don’t believe that to be the case. I think that those estimates of long term enduring costs are over-stated and greatly over-stated based on a faulty empirical basis. That’s the crucial political economy decision that Britain will eventually make. Is it worth paying the short term costs to have a greater sense of sovereignty or as some Remainers might argue, the gain may be less than we perceive and the costs maybe greater, whereas the Leavers will say the costs are not really large and the gains greater? That is really the trade-off,” he said.

Mody would not say how he would have voted in the Brexit referendum two years ago but says the decision very much depends on your view of who your allegiances are to in the long run. “That is not a decision a non-UK citizen can make. I am from India, and to put myself in the place of a British person is very hard for me.”