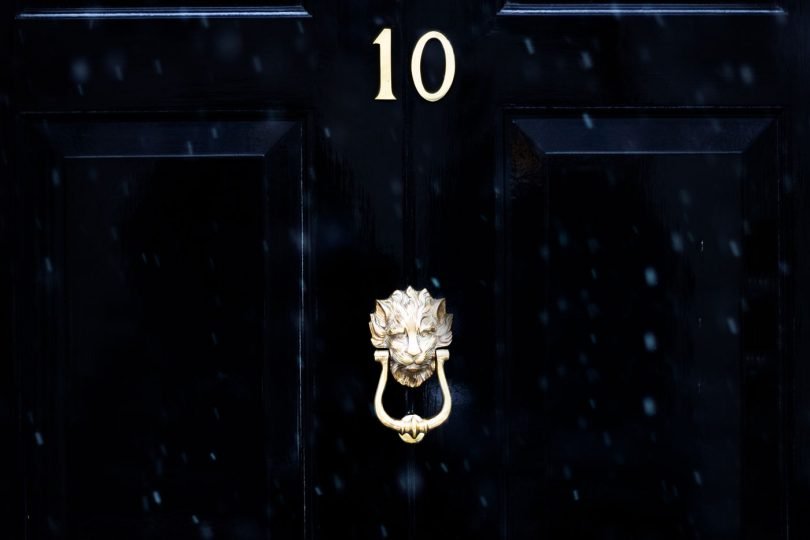 Labour’s only chance of forming a majority in the next general election is by winning Leave-voting marginal constituencies in England and Wales. Conversely, the Conservatives’ chances of holding on to power depend on keeping the loyalty of Leave voters, who have not changed their opinions.

Based on the results of the 2017 general election, the Labour Party is 64 seats short of an overall majority in Parliament. To win power, it will need roughly to double the thirty net gains it made in the last general election. A majority of these gains will need to be in Leave-voting seats. Using Chris Hanretty’s excellent estimates of constituency-level voting in the 2016 referendum, this article analyses key marginal constituencies to demonstrate the dominance of Leave-voting seats in a winning electoral strategy for Labour.  Equally evidently, the Conservatives’ hopes of remaining in power depend on holding these Leave-voting seats.

There are two important stipulations to this analysis. Of Labour’s 64 targets, 46 are seats in Leave-voting England and Wales, while 18 target seats are in Remain-voting Scotland. Due to the divergent nature of electoral politics in these two parts of Britain, they will be analysed distinctly. Secondly, we cannot say that the people who voted Leave in a constituency also vote Labour. Nonetheless, it is still important to understand the context of the electorates which Labour needs to gain.

Let us first look at Labour’s 46 target seats in England and Wales held by the Conservatives. Based on the Hanretty constituency estimates, I calculated that 78% of these constituencies voted Leave. While there are a handful of Remain-voting Tory seats which Labour must win, they are vastly outnumbered by Leave-voting constituencies (see Figure 1).

Among these seats, the intensity of Leave support also tends to be stronger in these seats than Remain support. There are 13 Tory-held Labour targets with Leave votes of more than 60% (Walsall North, Stoke South, Mansfield, Thurrock, Blackpool North, Telford, Middlesbrough South, Pendle, North East Derbyshire, Carlisle, Southampton Itchen, Northampton North, Corby). In contrast, there are only 3 Tory seats in which fewer than 40% of voters backed Leave which are plausible Labour targets (Finchley, Westminster, Putney). They are all in London.

In Scotland, Labour needs to gain 18 seats from the SNP. While some of these Scottish seats are very strongly Remain, others had a stronger Leave result than is generally understood. In Glasgow East, for example, with an SNP majority over Labour of only 75, 44% of voters are estimated to have voted Leave. Other target SNP seats for Labour recorded surprisingly strong Leave results, such as Na h-Eileanan an Iar (44% Leave), Glenthrothes (48% Leave), and Linlithgow (42% Leave).

In some constituencies, Labour came unexpectedly close in the last general election, and a dedicated effort to win those seats is underway. For example, Labour was only a combined 135 votes short of gaining two more seats in Glasgow. Motherwell, Inverclyde, and Airdrie all have SNP majorities of under 500. It is worth noting that Labour gained all of its Scottish constituencies on a pro-Leave manifesto in 2017. More is going on in the Scottish case, with fatigue with SNP devolved rule and the independence question as additional factors.

While Labour should seek to win as many SNP seats as possible, the Conservative-held constituencies in England and Wales are more important for the Labour Party. Winning these seats is a sine qua non for the formation of a Labour government. Labour might plausibly still form a government if it falls short of its target in Scotland, as the SNP are unlikely to give confidence to or form a coalition with the Conservatives. But if Labour cannot gain Conservative seats in England and Wales, then it cannot govern, even as a minority.

The 64-seat hurdle, of course, assumes that Labour will not lose any constituencies which it currently holds. At the last election, in spite of gains elsewhere, Labour lost six constituencies to the Conservatives (Copeland, North East Derbyshire, Mansfield, Middlesbrough South, Stoke-on-Trent South, and Walsall North). All of these seats voted to leave the European Union. Labour was expected to lose many more constituencies which fitted a similar profile, but it is plausible that the party’s manifesto commitment to Brexit stymied an even greater scale of losses in Leave constituencies.

Outside Scotland, hardly any of Labour’s MPs are vulnerable in Remain-voting constituencies. There is only one Labour-held seat vulnerable to the Tories which voted more than 60% Remain (Kensington). But there are seven Labour-held constituencies which voted more than 60% Leave which are vulnerable to the Conservatives (Dudley North, Ashfield, Newcastle-under-Lyme, Peterborough, Bishop Auckland, Penistone, and Crewe).

Has there been a shift to Remain?

Some might object to this analysis on the presumption that there has been a dramatic shift to Remain since the 2016 election. There is, however, little empirical evidence of mass ‘bregret’. Indeed, one of the most striking facts about British politics since the referendum is the reasonably consistent support for Leave and Remain.

While Remain has budged up slightly in the polls, the swing is relatively trivial and pales in comparison to other dramatic polling surges and falls we’ve seen in public opinion polling over the same period, including support for the political parties and party leadership, which have proven to be much more volatile. EU referendum vote choice stands out for its stability.

In December 2018, Benjamin Lauderdale conducted public opinion research for YouGov on Brexit opinions in each British constituency. While the headline result focused on support or opposition for Theresa May’s deal, what I found most interesting from this research was data on the proportion of Remain support in each constituency. In spite of 2.5 years of major changes in British politics, the constituency-level Remain results from the December 2018 poll were remarkably similar to the estimates of the June 2016 referendum.

To provide an illustration, I have compared the 2016 referendum vote to the reported Remain support in the December 2018 YouGov research in the ten most competitive seats between Labour and the Conservatives (Figure 3). I found that on average in these Conservative-held seats targeted by Labour, there has been a 2 percentage point swing to Leave, while in the five Labour-held seats, there has been on average no change at all. Expectations that Leavers’ regret will sweep Labour into power are poorly founded.

Figure 3. Change in support for Remain in marginal Labour/Conservative marginals

The key to Victory

On a pro-Leave manifesto, Jeremy Corbyn increased Labour’s share of the national vote in the 2017 General Election by 10 percentage points, the highest increase in the popular vote for Labour in a general election since 1945. In that election, a majority of the gains Labour made from the Conservatives were in Leave-voting constituencies. Overall, 61% of the constituencies Labour won in 2017 are estimated to have voted Leave.

There is no getting around the fact that Labour’s path to forming a government in the foreseeable future is necessarily through winning a large number of Conservative Leave-voting constituencies.  Conversely, the Conservatives chances of remaining in office depend on not alienating solid Leave voters in these key marginals.

If Labour backs Leave, then Tory-held marginals would be winnable, and Labour needs them to form a majority.  But if Labour were to reverse its strategy and back Remain, not only would it place the Tory-held marginals it needs out of reach, but it would risk losing vulnerable Labour-held marginals in Leave-voting areas.  The most likely outcome of backing Remain would be to give the Tories an overall majority.

This outcome, of course, requires the Tories themselves not to alienate Leave voters.