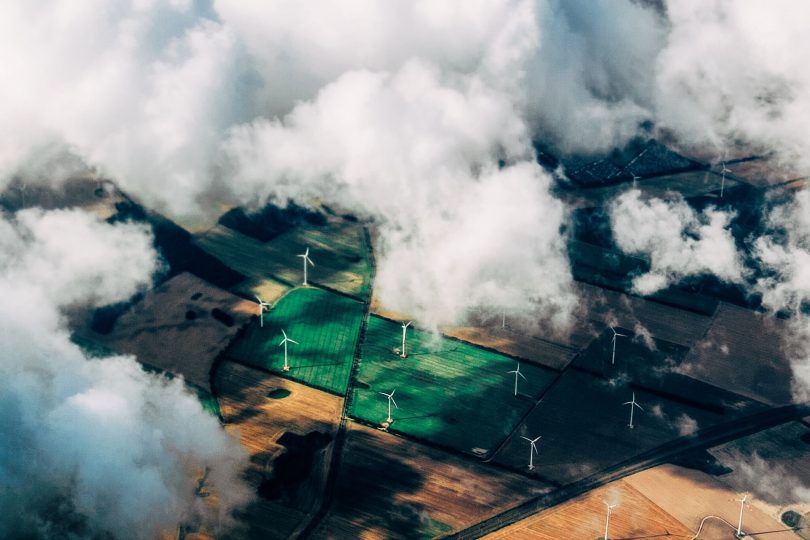 High-productivity energy sources are the foundation of modern societies. For Britain to turn its back on those energy sources would be unwise even if the economy was being sustained by global growth driven by Asian use of coal and oil and North American use of natural gas. To do so in a time of suppressed global trade and growth is dangerous. Nevertheless, I fully expect the UK to embark on the counterproductive disaster described as ‘a green new deal’.

The Treasury Select Committee, currently chaired by the Rt Hon Mel Stride MP, has relaunched its inquiry into the economic implications of the 2050 Net Zero emissions target.[1] In addition to its previous questions, published last year, the committee is now asking whether the government’s offer of post-Covid economic support packages should discriminate between companies on the basis of the degree to which they ‘pollute’; whether ‘Green infrastructure’ should be part of the Coronavirus economic stimulus; whether coronavirus makes it necessary to revise current environmental policies in order to deliver the Net Zero target; and whether the post-Covid ‘new economy’ offers any opportunity for redesigning the financial structures employed to deliver Net Zero. Finally, as its portmanteau question, the committee asks:

‘Are there outcomes from the Coronavirus that will enable the Treasury and HMRC to meet the Net Zero target more easily?’

The temptation to offer a flippant response is strong but should be resisted. The committee is quite right to raise such questions in its search for evidence, though it is somewhat troubling that the form of the requests seems to rule out any response that might suggest the Net Zero target should be suspended or deferred. That qualification aside, Mr Stride’s committee is without doubt correct in taking the view that the Net Zero commitment cannot now be considered independently of the situation created by the restrictions imposed to address Covid-19, and also the measures intended to aid recovery, not from the virus itself, from the public health measures undertaken, and that these matters are at least as important as the altered circumstances implied by Brexit which had shaped the original inquiry’s terms of reference.

We are not now talking about whether Net Zero is wise for a newly independent and more or less intact and expanding national economic system, one moving steadily further from thermodynamic equilibrium towards a state of greater complexity, an economy surrounded by other national systems many of which were expanding at a greater rate and could be called upon to support growth. That question has now been superseded. The answer, for the record, was that to aim for Net Zero emissions was deeply unwise, and that the attempt would have slowed the rate at which complexity increased and consumed a good deal of the societal complexity accumulated since the medieval period. There would have been genuine human hardship, but public resistance would have set in, perhaps after some decades, and a correction would and could have taken place, partly assisted by the fact that other national systems would not have been as seriously affected. There would have been lost growth, degraded societal resilience to exogenous shock, a considerable loss of comparative national standing, but the mistaken efforts to deliver Net Zero through renewable energy (and no other route is considered) would be a perturbation—substantial  but a perturbation only—in a longer term national and global trend.

That is all now of merely academic interest. The question that now faces us is how attempts to deliver the Net Zero target will affect a national system that has been deliberately tipped into a state of deep contraction, surrounded by other national systems all similarly though not quite equally affected. And all this will happen against a background of highly significant increases in geopolitical tension at least impeding trade and perhaps threatening much worse. The context in which we are now talking about Net Zero is not one of growth and globalisation, but one of contraction, deglobalisation and growing international disagreement.

One might think that in such a context those still lobbying for Net Zero would be desperately worried, but this would be a facile error. In fact, the Greens and their corporate collaborators see this as a great opportunity, and in my judgment they are perfectly correct. The discernible prejudice in the Treasury Select Committee’s questions proves the point. Administrations around the world will indeed be tempted to use tax and levy-funded public spending badged as “low carbon investment” in order to provide a stimulus to post-Covid economies. It is perfectly true that this would create a large wealth transfer in an already contracting system, delivering great absolute and relative wealth to those invested in the green industries, with corresponding transfers of socio-political power. But even if they understand that outcome the bureaucracy will press on, barely restrained if at all by elected representatives.

Net Zero would also, in my view, exacerbate the economic problems that it was designed to address. Nevertheless, administrations are likely to adopt green stimulus policies for the following eight reasons:

Without exception, all these motivating considerations have short time horizons, and are focused on the immediate effects of the activity. They are present rather than future-oriented. But there is no reason for thinking that they are entirely cynical. Some civil servants and some politicians may be aware of the hazards and persist nonetheless; but for the most part they sincerely believe that they can safely take the steps towards Net Zero because what little long term, deep economic history and pre-history they understand is grounded in false conceptions of energy and its role in the creation of societal structure and wealth. Shallow, university economics persists in treating societies as if they were notional or psychological phenomena, not as thermodynamic physical systems as they actually are. Too much economic speculation is carelessly mentalist, where it needs most to be rigorously physicalist.

Consequently, the spending undertaken in stimulus packages is typically aimed at the direct but temporary creation of the results of successful growth (employment and a profusion of resources for consumption), rather than restoring the fundamental conditions that generate those results in a sustained manner. That is true, most probably, of all government stimulus packages—governments are universally impatient. But if this spending is aimed at energy, as it is likely to be in the Net-Zero Covid package, the results will be extremely damaging in the longer term, since it is the adoption of high-productivity energy sources that is responsible for modern growth. Turning our backs on those energy sources would have been unwise even in a state of continuing global growth fundamentally driven by Asian use of coal and oil, as well as a resurgent North American use of natural gas. But to do so in a time of suppressed global trade and growth has the potential of being genuinely dangerous in the longer term, and perhaps even in the short term. Complex systems, such as a societal economy, are typically stable only under the condition of expansion. In contraction, they tend to be unstable; and the rapid introduction of a large bulk of low productivity energy sources to deliver Net Zero would certainly not help such a system, and the rapidity of that introduction could even make it prone to catastrophic turbulence, even in the medium term.

In conclusion, a post-Covid stimulus package based on renewable energy with a view to achieving Net Zero emissions would be a counterproductive disaster. Nevertheless, and for the reasons I have sketched, I fully expect the civil service to force it upon us.

Dr Constable is a former fellow of Magdalene College, Cambridge, Professor at Kyoto University and is now Director of the charity Renewable Energy Foundation. He is also a Fellow of the Centre for Brexit Policy. An earlier version of this paper was published by the GWPF.