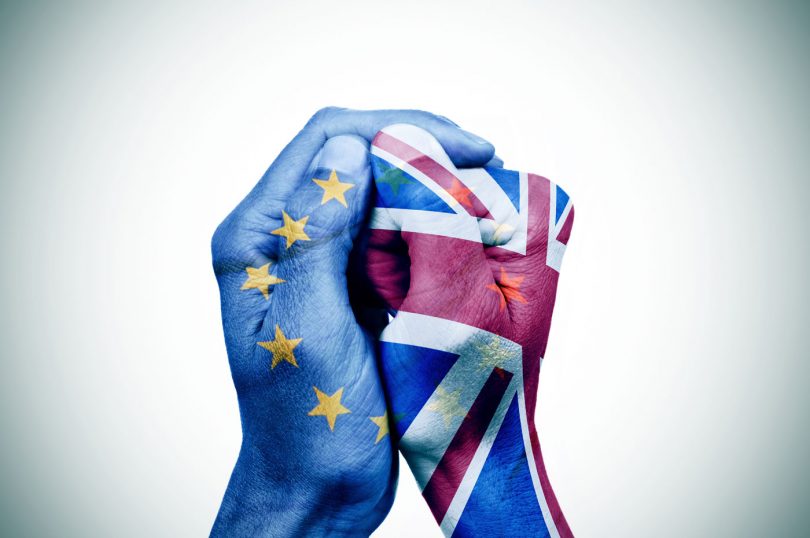 Civil servant Caroline Bell shows that Brussels is attempting to overturn agreements on how to govern Channel Tunnel safety in yet another attempt to keep control of UK regulations and to involve the ECJ.”

With all the hubbub and acrimony last week surrounding the introduction of the Internal Market Bill, political commentators appear to have overlooked a significant decision by the European Council on 9 September which opens up a new front in the Brexit war. This time the assault is underground as well as underhanded, with the EU seeking to override the legal integrity and sovereignty of the United Kingdom through the innocuous sounding issue of safety in the Channel Tunnel.

The EU is working on legislation to ensure the safe and efficient operation of the Channel Tunnel railway connection between continental Europe and the United Kingdom (Channel Fixed Link) after the end of the Brexit transition period. Today, the Council’s Permanent Representatives Committee agreed on a negotiation mandate on two proposals aimed at maintaining a single safety authority, which would continue to apply the same set of rules over the whole infrastructure, including in its section under UK jurisdiction.

Currently, all matters concerning the operation of the Channel Fixed Link are supervised by an Intergovernmental Commission set up by the Treaty of Canterbury, signed between France and the UK in 1986.

Under the Council mandate, France will be empowered to negotiate an amendment to the Canterbury Treaty and the EU railway safety and interoperability rules will be amended so that the Intergovernmental Commission can be maintained as the safety authority competent for the application of EU law within the Channel Fixed Link.

The draft regulation amending the safety and interoperability provisions will be split into two draft regulations, in order to amend the Statute of the European Court of Justice in a manner that respects the Court’s prerogatives while avoiding a delay in the start of the negotiations.

This is nothing less than a blatant power grab by the EU, which seeks to usurp a bilateral arrangement that is sound in international law in order to be able to impose EU regulation and the jurisdiction of the European Court of Justice in the UK.

The UK’s only other international rail service is between Northern Ireland and Ireland, and there the Irish government has announced that both railway authorities: “have put in place all the necessary arrangements to ensure continuity of rail passenger services, in association with the relevant regulatory authorities and in full compliance with the legal requirements applicable in both the European Union and the United Kingdom.”

The ambitions behind the Council’s decision of 9 September are clearly exposed by no-deal planning for operational continuity in the Channel Tunnel post-Brexit. In February 2019, the French government published a decree which flatly contradicts the EU’s current position.

The Channel Tunnel operates effectively now under the bilateral Intergovernmental Commission established by the Treaty of Canterbury. No renegotiation of the treaty is required to maintain this safety authority after Brexit, since it operates under OTIF’s international railway convention, to which the UK, France and the EU are all signatories. This applies to technical functional requirements, standards, interoperability and contracts for carriage by rail.

Consequently, for France, the draft decree entrusts the tasks of a national safety authority for the Fixed Link to the Établissement public de Sécurité ferroviaire (EPSF – Public Institution of Rail Safety). It is worth remembering that the EPSF already carries out these tasks on the national rail network.

Given the specific nature of the cross-Channel Fixed Link and the safety challenges in this type of infrastructure, the French authorities will ensure that the EPSF’s action is closely coordinated with that of the authority the United Kingdom will designate for itself, so that rail safety regulation is consistent over the whole infrastructure. This is key to guaranteeing a continued high level of safety for rail traffic in the Fixed Link.

Even the EU’s Brexit readiness notice on rail transport published as recently as 19 August 2020 acknowledges that the international railway convention will apply to the Channel Tunnel.

So what changed between the publication of this notice on 19 August and the decision of 9 September? Quite a lot in Brexit terms: the British government setting a deadline for trade talks to end and introducing a Bill to frustrate the EU’s attempt to hold Northern Ireland hostage in order to impose its writ in the UK.

Railway safety is admittedly an unusual place to start a legal coup, but the potential for imposing new EU technical standards, restrictions, conditions of carriage, health and safety rules, employment laws for train crew etc. is huge. And it is almost inevitable that such rules would be fixed to lock British companies out of the market to maintain and replace rolling stock and infrastructure. Technical standards are very effective as non-tariff barriers, and cover every tiny element of the railway – the scope for a very unlevel playing field against British firms is doubtless why the EU wishes to interpose itself into a treaty where it has no right and no need to be. And of course, the resident fifth column in the UK would undoubtedly try to extend the application of EU law well beyond the Channel Tunnel, just as they have tried to bend the Northern Ireland Protocol. The argument would be that if the UK accepts EU law and the judicial supremacy of the ECJ in this part of the UK, it should not be able to refuse such an extension of EU regulatory control where Brussels wants it to apply via the NI Protocol or a trade agreement, i.e. dynamic alignment of regulations over which we have no say.

The British government should rely on the no-deal position for the Channel Tunnel and refuse to divert from international law – there is rather a nice irony in that, in view of the howls from Brussels about the Internal Market Bill. Agreeing to renegotiate the Treaty of Canterbury to enforce new EU law and the jurisdiction of the ECJ over the Channel Tunnel would be to repeat the Trojans’ error in flinging open the gates of Troy to the Greeks’ infamous wooden horse.

The EU must not be allowed to create another version of the Northern Ireland Protocol under the white cliffs of Dover.

Caroline Bell is the pen-name of a civil servant