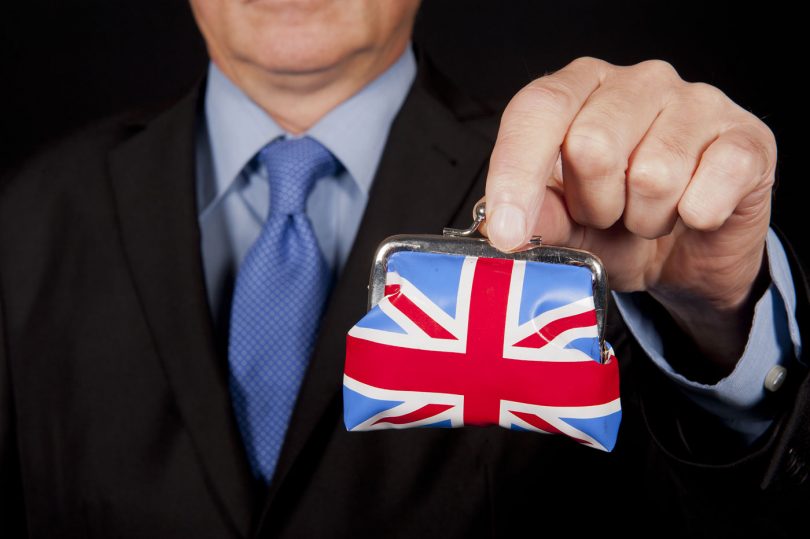 Senior City financier Edmund Truell, founder of the Pension Superfund and former Chairman of the London Pension Fund Authority, warns that the ECJ is deciding whether to upturn UK pension arrangements that have been established for decades. The implications of an imminent ECJ ruling are potentially catastrophic to the wider UK economy. The UK should be able to govern its domestic pension industry without ECJ interference. This is a flagrant example of how the UK can be severely damaged by continuing subjection to EU jurisdiction.

Yet again the UK is bracing itself for the unveiling of a European Court ruling which could have severely detrimental implications to the UK’s economy. The Pension SuperFund estimates a potential cost to the UK of over £160 billion.  It could furthermore force the closure of all UK defined benefit (DB) pension funds.

Mr Bauer, a worker from a now insolvent German company, has brought forward a case, which could have serious consequences to the UK Pension Protection Fund (PPF) and the wider British economy. The Court of Justice of the European Union (ECJ) will release its judgement on the 19th December 2019 around Advocate-General Hogan’s opinion[1].

At its core, the question around the PSV v Bauer case focuses on the extent of the obligations to Member States from Article 8 of the Insolvency Directive[2]. Previously, it was determined by the ECJ that protecting pension schemes to a level that ensured that individuals receive at least 50% of the promised pension benefits was sufficient to comply with a Member State’s obligations. However, Advocate-General Hogan concluded that there was no basis to ensure only 50% of acquired pension benefits are protected. In his opinion, member benefits should be protected in full and the PPF should be funded to insurance company levels.

There are four outcomes which could arise from the judgement on the 19th of December:

If the judgement falls in favour of Mr Bauer and yet is applied only from the 19th of December onwards, it would need to be further specified if this applied to future service only for active members or for all pensioners. Though both would have a significant economic impact, the latter would be vastly more severe.

Any adverse ruling would have catastrophic consequences.  The Pension SuperFund expects then to see the closure of the £1.3 trillion of UK pension schemes still accruing benefits, in order to limit building up yet more exposure to DB pension liabilities. Fund sponsors would look to offload pensions to avoid the inevitably much higher PPF levies. Where employers are in trouble, the PPF will have to aim to recover full §75 pension debt and so many companies will be forced into bankruptcy.

The NHS and other public sector bodies are already in a crisis caused by the byzantine pension tax rules. Universities are on strike. An adverse Bauer judgment could force the over-generous DB promises to be fully funded and pensions funds will have to close.

Lastly, should the judgment fall in favour of Mr Bauer and be applied retrospectively, UK industry would not be able to handle the cost. The PPF would be rendered insolvent and would need to be wound up or bailed out at the cost of many, many billions. Since the PPF is a statutory company, it could only be wound up by an Act of Parliament, which would necessitate a government guarantee of funding.

This case is a particularly clear example of how the European Union’s overarching rulings can and do have negative effects on the UK and its economy. The German pension system is not based on trust law, and pensions are more akin to deferred pay. Our Parliament has carefully established a pension protection system to work specifically for the UK market, thereby avoiding the detrimental effect an overarching ECJ ruling would have when our specific laws and structures are not properly taken into account.

The ECJ can reach into the plumbing of UK pension arrangements that have been established for decades. The implications of an adverse ECJ ruling, which the Pension SuperFund estimates to be in the hundreds of billions of pounds, are potentially catastrophic to the wider UK economy. The UK should be able to govern its domestic pension industry without ECJ interference.