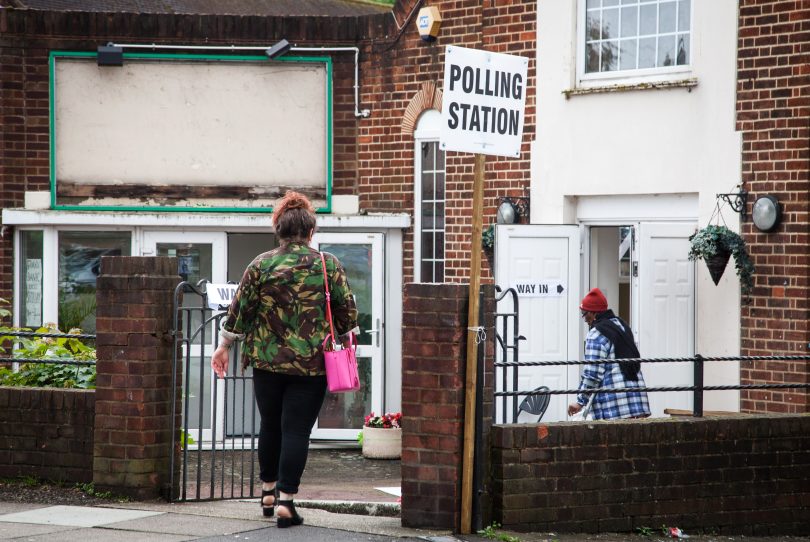 Those complaining most loudly about populism risk creating the very monster they fear.

The X5 is the bus service that connects Cambridge and Oxford. Midway through the journey it stops at Bedford, where the driver usually changes over. Travelling on the X5 is a miserable experience, it is cramped, and takes twice as long as to cover the distance as a car does. But the stop at Bedford makes the journey not just unpleasant. It makes it depressing.

As you drive through one of the University towns, the people on the streets are young, beautiful, groomed, athletic. The shops sell tasteful and expensive things. The optimism is palpable. As you stare out the window at Bedford, people are smoking, overweight, wearing tracksuits but not about to play any sport, and haggard before their time. Charity shops vie with Betfair and Poundland for frontage. This is drive-through country, equivalent to the US’s flyover states. “Bedford is a shithole,” a colleague said to me last week, who lives there and loves the place. “And if we don’t get our Brexit, there will be riots in the street.”

Bedford shows what is at stake in proposals for a second referendum. What is at stake is not a bit of civil disorder and casual violence. I do not know whether there would be riots in Bedford in the event that Brexit was not delivered; any violence that there was could be contained by the police, because the instinct to maintain social order has consolidated here over centuries. I do know that there would be a profound breach of civic trust, which may not be repairable. The current wave of so-called populism would be dwarfed by what would come in the decade or two after.

The arguments in favour of a second referendum are so embarrassingly poor that it unduly dignifies them and their proponents to have to reply. But here goes. The best argument for a second referendum on Brexit was given by Tony Blair. He argued that if the deal on offer at the end of the negotiations with the EU would worsen Britain’s economic position, then the British public should have the chance to reject it. Democracy ‘doesn’t just stop on one day’: it is an ongoing process of debating and voting. With echoes of Keynes, when the facts change, so the nation is entitled to change its mind.

It is hard to credit Blair with believing this himself. General elections are part of the routine of democracy, but referendums are not. In representative democracies, like the UK, referendums are a way to settle constitutional questions—those issues that concern how we govern ourselves, rather than policy areas like housing, and who the ‘we’ is who is governed. These issues can’t be thrown up in the air every five years; they need to be stable over decades. (It is consistent with Blair’s record as PM that he sees constitutional change as a routine activity.) The usual way to decide on constitutional issues has been through a manifesto commitment. But once held, the result of a referendum is binding, at least politically, and for anyone who pretends to be a democrat. The UK’s membership of the EU is a paradigm example of an issue that may be settled by referendum: at stake is whether the British alienate the power to legislate for themselves, the most foundational constitutional issue. When the nation goes to the ballot, it commits itself to the outcome. It is irrelevant whether, according to the best forecasts, Britain would be moderately poorer outside than in the EU. The votes cast in 2016 said that the possible trade-off between wealth and sovereignty was worth it. Albeit marginally, Leave had it.

The deeper objection to re-running the referendum is not just the obvious incompatibility of doing so with democracy. It is the social trauma that would result: Bedford would not have its Brexit. If Brexit does not happen, something more profound will have happened than half of the voting population’s political preferences having been frustrated. This is true of any vote. Whatever they may say to the contrary, by their actions Britain’s elite would have expressed contempt for the British people. They would have declared that their own judgment about what is good for the nation takes precedence; that, say what you will at the ballot box, this is a system rigged for the interests of the powerful. With tertiary education the leading predictor of one’s referendum vote, it would be a declaration that the educated will stitch things up to protect their own position and to implement their preferences.

When I started teaching political philosophy, I thought that the case for democracy had been accepted decades ago, and that all that was left was intricacies of its justification. When John Stuart Mill advocated ‘plural voting’, I thought this an interesting indicator that even those who thought themselves egalitarian in outlook could nonetheless imbibe the aristocratic spirit of the age. According to Mill, an unskilled labourer ought to have one vote; a skilled labourer two; and anyone educated at university ought to have six. It is in outrageous contradiction with the basic premise of democracy, which is that each person has an equal say in how the country is run: all to count for one, none for more than one. Democracy works only when there is a habit of heart by which the contribution of each person commands equal respect. At least Mill was honest about his epistocracy. Not so today. It turns out that it is among those who have proclaimed loudest their commitment to equality that these habits of heart have most etiolated and withered. The hypocrisy stinks.

The academic and author Jan-Werner Müller has argued that the essence of populism is the claim that the system is rigged, and that only the populist truly represents the people. At the time of writing, the standard trope that we are living through an outbreak of populism seems to me largely driven by a desire to pathologise the electorate. But if Brexit is overturned, the populists’ narrative would be true. It would be true that the system is rigged, and true that our politicians would not represent the public. While there may be some small disruption if Brexit were not delivered, the main effects would be seen years downstream, in the rise of real populists. It is those complaining most loudly about populism who would have poured poison in the wells of democracy, and created the very monster they fear.

There is one way in which a referendum could be held that would respect democracy. Blair’s presumption is that a second vote would offer the choice between the deal on the table and remaining in the EU. He is nearly right. Instead, any second referendum could offer only the choice between the deal on the table, and leaving with no deal. The decision on Brexit has already been taken. Choosing between leaving with or without a deal is the only way that another referendum could be held in a way that respects democracy. That is an abstract way of saying: this is the only future referendum that could respect the people in Bedford who voted Leave.

Tom Simpson is Associate Professor of Philosophy and Public Policy at the Blavatnik School of Government, University of Oxford,