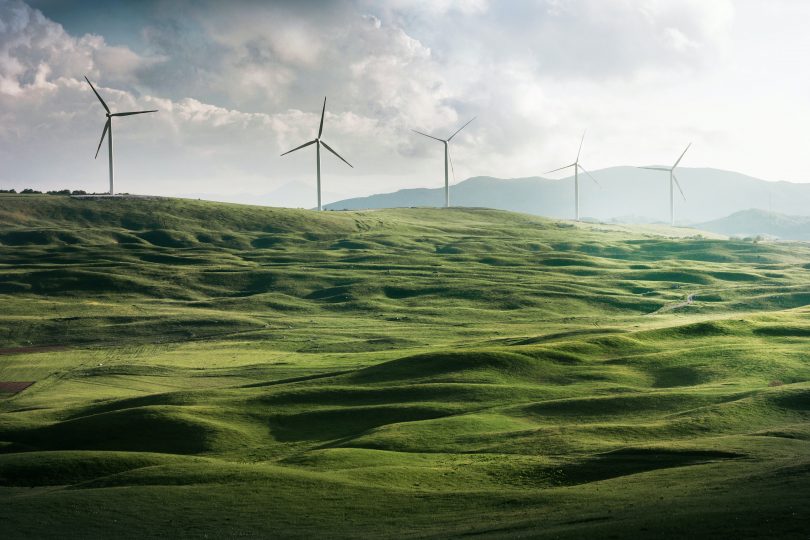 In this important contribution to our series on post-Brexit Britain Professor Gordon Hughes and Dr John Constable take on the entire green energy movement in arguing that the widespread view about the falling costs of renewable energy is wrong. They view official government projections of energy costs and hence prices as disgracefully inaccurate. Energy costs will be an important element in the UK’s future economic competitiveness and, if the authors are correct, energy prices are in for huge price rises.

The dramatically falling costs of renewables are now a political, a media, and conversational cliché. However, the claim is demonstrably false. Audited accounts show that far from getting cheaper, wind power is actually becoming more expensive. The failure of the British civil service to detect this fact and, hence, to protect the consumer and taxpayer from the consequences of the looming failure of the renewables sector raises important questions about the analytic competence of the Whitehall machine.

If we asked a random sample of broadsheet newspaper readers about the economics of offshore wind, it is practically certain that a majority of those interviewed would say they believed it was now cheap. A similar survey of investment analysts and advisors might return the same answer. Politicians and journalists would be certain about the matter. However, if pressed for evidence none of these groups could do much more than point to secondary sources. Some might remember that the Greenpeace sponsored an extensive advertising campaign in 2017, with full page adverts in the press. Others might point out that official bodies present offshore wind as the cheapest source of electricity. Those in financial circles might also indicate that almost every report or lengthy article on the future role of offshore wind power is accompanied by a chart which claims to show the rapid decline of costs over the last one or two decades, perhaps with forward projections to 2030 or 2040.

Incredible though it may seem, none of this is true. Neither offshore nor onshore wind has become cheaper; indeed, both have become more expensive over the last two decades.

How do we know this? Because one of us, Gordon Hughes, has compiled data from audited accounts on the capital and operating costs of 350 onshore and offshore wind farms in the United Kingdom, a set which covers the majority of the larger wind farms (> 10 MW capacity) built and commissioned between 2002 and 2019. It is the largest study of its kind to date and will be published shortly by the charity Renewable Energy Foundation, which John Constable directs.

In summary, analysis of the data reveals unequivocal findings:

There is an important corollary to these findings. The current set of offshore projects being constructed and planned in North Western Europe are closely akin to speculative property development. They are high risk projects that will only be able to repay lenders and offer a return to equity investors if the average wholesale market prices of power rise to at least three to four times their current level throughout North West Europe. Such a price surge would require either a large and permanent increase in the market price of gas, which experience suggests is very unlikely, or carbon taxation at 8 to 10 times current levels, rising to at least €200 per tonne of carbon dioxide at 2018 prices in 2030. Such a tax would place a heavy burden on the rest of the economy.

This has consequences for financial regulation. To discharge their responsibilities financial regulators ought to impose a heavy risk weighting on loans to offshore wind farm operators, while also advising that green equity investments are too risky for pension funds and small investors. Instead, the chiefs of the European Central Bank (ECB), the Bank of England and other regulators have urged more investment in green assets without acknowledging the risks involved.

This leads to the prospect of what is not so much a car crash as a motorway pile up in the fog of ignorance. The looming crisis will require that those who finance wind power and its related ecosystem of companies are bailed out by either taxpayers or electricity consumers. The scale of the bailout would be large: about £30 billion is at risk in the UK wind sector alone, with significantly more in Germany, the Netherlands and Denmark.

Some wind industry players may be aware that specific projects are not performing in line with general expectations – there is no lack of examples reported in specialist media. However, until very recently investors have been protected by generous subsidies and operators are likely to blame project-specific factors rather than realising that the entire sector is affected. In addition, the industry in general seems believe its own propaganda, for which basic error they have only themselves to blame.

Government, we suspect, is genuinely confused. On the 24th of August while we were preparing this summary for Briefings for Britain the Department of Business, Energy and Industrial Strategy (BEIS) published its latest set of electricity generation cost estimates, Electricity Generation Costs.[1] It recommits BEIS to the view that the costs of wind power have fallen and that this technology is now amongst the cheapest available.

However, it is not difficult to show that the BEIS analysis is wholly, almost pitifully, inadequate and that it cannot be relied upon. We will discuss it in some detail below because the mistaken view that it gives of wind economics is important in itself. Even more, it provides a graphic illustration of the truly wretched quality of the analytical work that underpins policy decisions with vast implications for the United Kingdom and its people.

Before making more detailed observations, we note two general aspects of the BEIS study. First, it purports to provide estimates or forecasts of electricity generation costs for projects commissioning in 2025, 2030, 2035 and 2040. While costs at the nearest of these dates can be estimated rationally, costs a decade or more in the future are radically uncertain. To attempt even moderately precise costings, as BEIS does, suggests naivety or hubris. Who in 2000 – or even in 2010 – had any realistic basis for forecasting the capex and opex costs for projects that are being commissioned in 2020?

Furthermore, on examining the accompanying spreadsheet containing the Department’s detailed assumptions it turns out that 94 per cent of the model parameters for the various technologies, conventional and renewable, do not change from one period to the next. This is implausible, since it must presume that there is no technological progress in those fields. Where costs do vary they are for either (a) wind and solar, or (b) a range of minor (Geothermal CHP) or novel (wave, biomass with CCS) technologies. This is unreasonable. If there are cost reductions in the renewable sector, why rule out cost reductions in the conventional sector?

Looked at in more detail this underlying bias is quite extraordinary. The rates of decline in capex and opex costs or increases in operating performance for offshore wind – now a mature technology – are greater and more sustained than the decline for CCGT+CCS – a new and potentially critical technology.

Consequently, the BEIS projections of short-term costs are almost trivial, merely generic costs for the middle of the current decade, while the estimates of relative costs of conventional and renewable generation in the medium and longer term are at best meaningless and at worst misleading.

A second general point that should be noted is that the data used in the BEIS model is almost entirely derived from work conducted by or for the department itself. With the exception of a single reference to a National Grid ESO report, all of the sources cited for the data are BEIS publications or BEIS-commissioned reports. No attempt has been made to draw upon the growing academic and policy literature on the actual costs of building and operating various kinds of generation. There is not even a single reference to the extensive studies undertaken by the Energy Information Agency (EIA) in the US and various of the research laboratories funded by the US Department of Energy (DoE) – for the example the Lawrence Berkeley National Laboratory (LBNL), the National Renewable Energy Laboratory (NREL) or the Oak Ridge National Laboratory (ORNL). Such a narrow focus is hard to justify, and indeed begins to look like a deliberate blindness in which all data is selected to fit with a pre-determined narrative.

And of course it is also true that BEIS has not made any effort to undertake the empirical investigation of audited accounts that forms the data behind the Hughes study summarised above.

Bearing these general remarks in mind, we will now compare some of the specific assumptions in the BEIS study with the results of the data compiled for this and other studies.

Conveniently BEIS has adopted the same base year (2018) for real prices as the one used for the Hughes database, so there is no need for adjustment. We will start by examining capex costs and then opex costs before looking at load factors and financial parameters. In all cases we will use the BEIS assumptions for projects commissioned in 2025, since, as noted above, the BEIS estimates for later dates are mere speculation. We will focus on onshore wind, offshore wind and large scale solar as those are the primary technologies for which BEIS has updated its assumptions and for which comparisons with actual data from company accounts are possible.

Reviewing the deficiencies of the UK government’s latest estimates of generation costs we are left with a puzzle. The assumptions which underpin the BEIS estimates of the cost of generation for wind and solar power are fanciful, and do not withstand even cursory scrutiny; under close analysis they disintegrate and are a disgrace to the civil service and an embarrassment to ministers. Indeed, they are so far from the actual costs incurred by current operators and recorded in audited accounts that they are not worth further consideration, except as evidence for fundamental civil service reform. The review preceding that reform should ask how a heavily funded and staffed government department in a major economy can have strayed so far from the real world in a matter of such importance as energy supply. What on earth is going on?

The behaviour of the commercial entities involved in the renewables sector is also puzzling. If the empirical evidence is so clear, why are large companies committing substantial capital to very large projects that are almost certain to make a loss under anything like current market conditions? There are three factors that may explain this behaviour:

Once economic reality becomes undeniable, there will be a huge lobby to pass on the full costs of offshore wind to either electricity consumers or taxpayers. The obvious instrument is carbon taxation, but the increase required would be very large, and the economic harm would be politically contentious to say the least. Vast bailouts to an industry that has misrepresented its economics, whether knowingly or not, will be extremely unpopular. A government trapped between intense political opposition and the ever-widening ramifications of the financial collapse of the offshore wind sector will behave in ways that cannot be predicted confidently, but investors in renewables should be very nervous.

Gordon Hughes is Professor of Economics at the  University of Edinburgh

Dr John Constable is  Director of the  Renewable Energy Foundation.