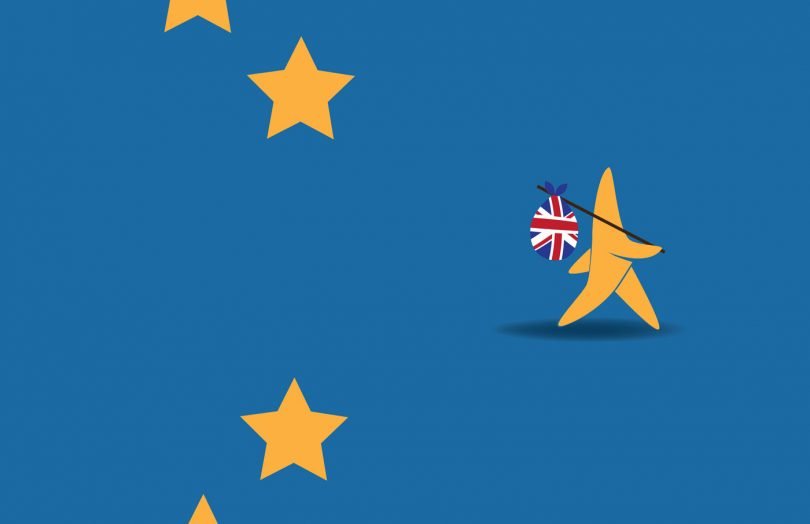 The EU is turning into an aggressive bully. It is incapable of reforming itself. Remaining in the EU is the high-risk strategy – not leaving it.

The EU’s negotiating behaviour over the Withdrawal Agreement revealed itself to be little better than an aggressive bully when it did not get its way. Yannis Varoufakis warned us that this is precisely how it would behave in his book, ‘Adults in the Room’. Every day brought a new example of the EU’s failure to negotiate Brexit in good faith.  Refusing to agree how services – and in particular financial services – should be conducted until after Brexit, despite the UK’s offer to allow EU firms based in the UK to continue trading as before – and despite EU customers buying six times more financial services from the UK than the other way round. Not prepared to grant import certificates to UK organic farmers until after Brexit, when there be a nine-month waiting period. Stopping the UK from participating in Galileo, Europe’s Global Satellite Navigation System, despite our significant existing investment. Threatening to stop our aircraft from taking off and blocking Eurostar trains from entering the Channel tunnel.

Then there’s the games playing, with Michel Barnier promising us the best ever trade deal one day and withdrawing the offer the day after. Now the Withdrawal Agreement ties us indefinitely into a ‘single customs territory’ with the EU in order to preserve both its £95bn trade surplus and the Good Friday Agreement, when the reality is that in the case of no deal, the EU would instruct the Irish Republic to impose a hard customs border with Northern Ireland. The latest examples of EU audacity are their plans to control Britain’s tax policy after Brexit and to bring UK defence policy under EU control in a way that undermines NATO and our Five Eyes intelligence and security alliance with the US, Canada, Australia, and New Zealand, thereby weakening our relationship with the US and the Commonwealth.

The EU’s attitude to the Brexit negotiations more than justifies our decision to leave.  But there are ten much bigger reasons.

One, the EU is a fundamentally protectionist trading bloc

Big business lobbies Brussels for more regulations to make it more difficult for small companies to enter the market and compete. The EU freely admits that its ‘precautionary principle’ – which impedes innovation in life sciences and the technology sectors – is used as ‘disguised protectionism’. The Customs Union, to which all EU member states belong, imposes more than 13,000 tariffs on imported goods. As a result, EU consumers are paying an average of 17% above world prices on food. The Single Market is a single protectionist zone where regulations are harmonised and all goods and services produced must satisfy these regulations whether or not they are sold in other member states. Only 8% of UK companies trade with the EU – accounting for around 12% of Gross Domestic Product – yet 100% of UK regulations are determined in Brussels, including for the 92% of UK companies that do not trade with the EU.

Above all, the EU has weaponised trade.  Free-born people in the EU are prevented from entering into voluntary trading agreements with anyone outside the EU without the consent of unelected bureaucrats in Brussels – who might then take seven years to give their consent.

Take the EU Budget: 40% goes to farmers, mostly to the richest farmers with the largest farms. Yet agriculture accounts for only 1% of GDP across the EU. The Common Agricultural Policy encourages overproduction. We used to have wine lakes and butter mountains. Now we have the surplus production being dumped in overseas markets. A current example is the dumping of tinned tomatoes in Africa, in particular Ghana, which leads to a significant distortion to the local market and a reduction in the income of Ghanaian tomato farmers.

Three, the EU is a political project that is fundamentally anti-democratic,

as a whole range of European leaders have made abundantly clear, from Jean Monnet:

‘Europe’s nations should be guided towards the super-state without their people understanding what is happening. This can be accomplished by successive steps, each disguised as having an economic purpose, but which will eventually and irreversibly lead to federation’

to Jean-Claude Juncker (‘There can be no democratic choice against the European Treaties’). Edward Heath was fully aware of Monnet’s views when he and the rest of the British establishment tricked the British people into joining the ‘Common Market’ in 1973.

There is supposed to be ‘double democracy’ in the EU – represented by the European Council and the European Parliament – but the reality is that the EU is run by the unelected bureaucrats of the European Commission who run rings around ministers from national governments as well as EU parliamentarians – as the extraordinary appointment of Martin Selmayr as secretary-general of the European Commission in February 2018 makes very clear. It was Selmayr’s plan to keep Northern Ireland in the EU’s regulatory orbit as the ‘price’ that the UK must pay for Brexit.

In 2011, Brussels removed national elected governments in Italy and Greece and replaced them with ‘technical governments’ run by Eurocrats – Mario Monti, a former EU commissioner, in Italy, and Lucas Papademos, a former vice-president of the European Central Bank, in Greece.

Four, is the ‘purposive’ nature of EU law

which allows the European Court of Justice to interpret and reinterpret the wording of EU laws in line with the European Commission’s (often changing) intentions.  This contrasts with the clarity and precision of English laws. A further issue relates to the EU legal convention that everything is prohibited unless it is permitted, which requires constant appeals to the ECJ to grant permission. This contrasts with the English common law tradition where everything is permitted unless it is prohibited.

A key illustration of the purposive nature of EU law took place on 10 December 2018 when the ECJ ruled that the UK can, “as a sovereign country”, unilaterally revoke Article 50 of the Treaty on European Union, “since it would be inconsistent with the EU treaties’ purpose of creating an ever closer union amongst the peoples of Europe to force the withdrawal of a Member State against its will”.  This shows clearly that the ECJ is a political court and not a neutral interpreter of EU law.

Five, is the folly of introducing the euro

across a group of countries whose economies were so disparate that the operation of a single monetary policy with a single Eurozone interest rate was inevitably going to lead to a pattern of booms and busts in the peripheral states when the interest rate is set to meet the needs of core economies, such as Germany.  In addition, the way in which exchange rates were fixed at the start of monetary union resulted in Germany joining at too low an exchange rate, while the peripheral countries joined at too high an exchange rate.

This inevitably led to the mainly northern members of the Eurozone, especially Germany, building up large trade surpluses and the southern members, such as Italy and Spain, building up corresponding deficits.  This, in turn, has encouraged capital flight from Italy and Spain to Germany by savers fearful of the solvency of their banks. The deficits building up in Target2, the Eurozone payments system, by Italy and Spain are so serious that it is very likely that the Eurozone will implode – and do so sooner rather than later. In the meantime, the southern member states are stuck in a permanent Japanese-style deflation trap. Key Eurozone banks – such as Deutsche Bank, Societe Generale, BNP, Santander, ING and UniCredit – are in very serious financial difficulties.

Six, is the demographic ageing of the EU’s population,

resulting from a combination of rising life expectancy and declining fertility. Europe’s share of the world’s population will fall from 7% today to 4% by 2100 and 90% of global economic growth over this period will occur outside the EU. Douglas Carswell, the former MP for Clacton, likened the UK’s membership of the EU to being ‘shackled to a corpse’.

Seven, the EU has inadvertently encouraged regional separatist movements to develop in a number of member states

in the mistaken belief that these regions can become ‘independent’ members of the EU ‘with a seat at the top table’. Current examples are Scotland, Catalonia and Corsica. Some might argue that the EU secretly welcomes this fragmentation of the nation state so that it can concentrate even more power in Brussels. It certainly prefers to talk about ‘a Europe of the regions’, rather than ‘a Europe of nation states’. People are prepared to defend their family and their country. But the EU now expects people to owe a higher loyalty – to ‘Europe’ – which essentially means being prepared to fight to defend the gold-plated pensions of Brussels bureaucrats.

Eight, is increasing Euroscepticism in the EU

– dismissed as ‘populism’ by europhiles – demonstrated by the east/west split over the immigration and internal security crises. The Visegrád Group, comprising the Czech Republic, Hungary, Poland and Slovakia, is challenging the authority of Brussels by refusing to accept migrant quotas imposed by Brussels. Viktor Orban, Hungary’s prime minister, has said: ‘All the institutions of the EU have utterly failed. Neither the European Commission, nor the European Council, nor the European Parliament protected the Schengen Treaty’. Some members of the Group are even proud to call themselves ‘illiberal democracies’.

Euroscepticism has now spread to western Europe, in particular Italy, a founding member of the EU. Italian Deputy Premier Matteo Salvini has said that: ‘People like Juncker have ruined Europe and our country… [and the euro] is ‘crime against humanity’.

Nine, the EU has been blamed for the tension between Russia and the Ukraine

as a result of its 2014 ‘Association Agreement’ with the Ukraine, which Russia interpreted as an encroachment on its sphere of influence. The Ukrainian President Petro Poroshenko described the agreement as Ukraine’s ‘first but most decisive step towards EU membership’.

Finally, there is massive corruption in the EU,

well illustrated by the fact that the EU’s accounts have not been approved for the last 20 years by the EU’s chief auditor in respect of around €100bn of expenditures.

Governed as it is from a centre run by unelected bureaucrats and judges rather than politicians, it is readily apparent that the EU is incapable of reforming itself. As an institution driven by process rather than outcomes, it is drowning in its own rules and this is stifling innovation and Europe’s future.

It should be clear from the above that remaining in the EU is the high-risk strategy – not leaving it.