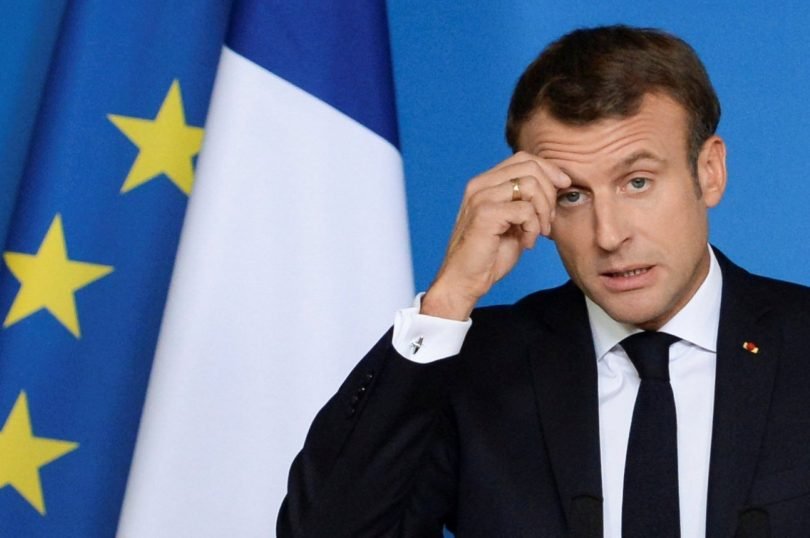 The EU increasingly resembles a reincarnated Austro-Hungarian empire with Germany the Austrian rider, and France the Hungarian horse. In Washington, Moscow, or Beijing, Brexit can only reinforce the perception that, as the global centre of gravity shifts, the European Union is doomed to be nothing more than a plebeian version of the Habsburg ‘Kakania’ immortalized by Robert Musil. There are signs that Paris is realizing this and looking further east.

In France, since the 2005 referendum and its resounding No to the constitutionalisation of EU treaties, a curious dialogue of the deaf has been allowed to develop between the elites and the masses. At the risk of caricaturing: French élites are by now aware that the benefits of EU integration  have long reached the point of diminishing returns but that the costs of EU  introversion keep increasing exponentially ; yet, these same elites cling to the idea that the European Project is ‘the last great design’, the only remaining opium of the masses for their otherwise ‘ungovernable rabble’. Meanwhile, 52% of the French would vote against Maastricht today, 58% think the European Project is doomed, and only 29% see the EU as a ‘source of hope’; yet, if there is no grassroots momentum in favour of a Frexit, it is because the same masses would – all things considered – rather stick to the devil they know and continue to be ruled by German elites (via Brussels) rather than give full powers back to what they see as France’s ‘corrupt and incompetent elites’.

In 2017, a politically inexperienced Emmanuel Macron, eager to relaunch the moribund Franco-German couple, publicly pledged to do whatever it takes to upgrade the Elysée Treaty of 1963. But since Germany was not the least interested in sharing its hegemony with France, Paris had to make all sorts of unilateral concessions in order for Berlin to agree to pretend that, with the signing of the Treaty of Aix-la-Chapelle (January 2019), the Franco-German couple had been given a new lease of life. The ink of the Treaty was hardly dry when a clearly orchestrated campaign came out of Berlin on the theme : if you really care about ‘European sovereignty’, then start by sharing your UN seat and your nuclear force de frappe.  For many French Europeanists, this unexpected German offensive was a long-overdue epiphany.

Until 2009, French elites were so engrossed with the quixotic idea of creating an Europe-puissance  that they failed to notice that, with the entry into force of the new Law of the Sea (1994), France, thanks to its overseas territories, had acquired the second largest maritime domain in the world (75% in the Indo-Pacific). France’s rediscovery of the Open Sea, its reintegration of NATO’s command structure, and its strengthening of Franco-British relations (through the Lancaster House Accords of 2010) should be seen as three inter-related phenomena. In particular, it is worth noting that since 2014, France’s gradual pivot toward the Indo-Pacific has developed in parallel with Britain’s gradual return East of Suez.

Since his flamboyant Europeanist speech at the Sorbonne in October 2017, Macron’s juvenile enthusiasm for the European Project has significantly cooled. His growing impatience with Brussels sandbox politics, and his increasing interest in the Open Sea, are nowhere better illustrated than in a stunning speech made in December 2019 and little if at all noticed in Britain.  It deserves to be quoted at some length::

“Whenever we consider our national history from the perspective of the  longue durée, France has alternatively turned its back on its maritime dimension or embraced it … Every time it has turned its back on its maritime destiny in order to cultivate some continental obsessions [sic], every time it has been afraid of le grand large [the open sea], and refused to face the fact that it was a maritime power, France has regressed. Every time it has embraced its status as a maritime power, France has managed to conquer new frontiers, be it in terms of knowledge or geopolitics … France is Europe’s leading maritime power, and its status as an archipelagic-state is a unique geopolitical asset which makes France a global partner, an Indo-Pacific power as much as a European power… And I intend to see that France continues to exercise its full responsibilities vis-à-vis our maritime neighbours [sic], Australia, Japan, and India, and also America and China … I say with great conviction, the 20th century, in many respects, was continental, with its wars, its challenges, its way of thinking about borders….The 21st century will be maritime. That’s where the geopolitics of commerce and connexions will play out tomorrow. It is in this realm that France will have to define itself, to live with its allies, its neighbours, and perhaps its enemies. It is in the context of the maritime domain that we will have to rethink our existence, our food resources, our technological research…The 21st century will be maritime, I am deeply convinced of that …”

President Macron is unlikely to call for a Frexit anytime soon. But in the coming years, as he continues to make the predictable noises about the centrality of the ‘Franco-German couple’ and the need for ‘European sovereignty’, Macron is also quietly going to strengthen the Franco-British  entente cordiale  while continuing to turn toward the Open Sea.  France’s Indo-Pacific Pivot may be less than a full-fledged Frexit, but it is definitely more than a hedging strategy in the event of a European dis-integration.   Will France and Britain be partners, or rivals or both?

For a detailed analysis of the EU’s global weakness, France’s strategic choices, and their implications for the UK, see A global France? Macron’s Indo-Pacific Pivot. https://briefingsforbritain.co.uk/a-global-france-macrons-indo-pacific-pivot/

Tony Corn served as a political analyst at the U.S. embassies in Bucharest, Moscow, and Paris, and in public diplomacy positions in Brussels (USEU and USNATO) and Washington DC. He also taught European studies at the U.S. Foreign Service Institute. A native of France, he is a regular contributor to Le Débat and La Revue des Deux Mondes.

Tony Corn served as a political analyst at the U.S. embassies in Bucharest, Moscow, and Paris, and in public diplomacy positions in Brussels (USEU and USNATO) and Washington DC. He also taught European studies at the U.S. Foreign Service Institute. A native of France, he is a regular contributor to Le Débat and La Revue des Deux Mondes.