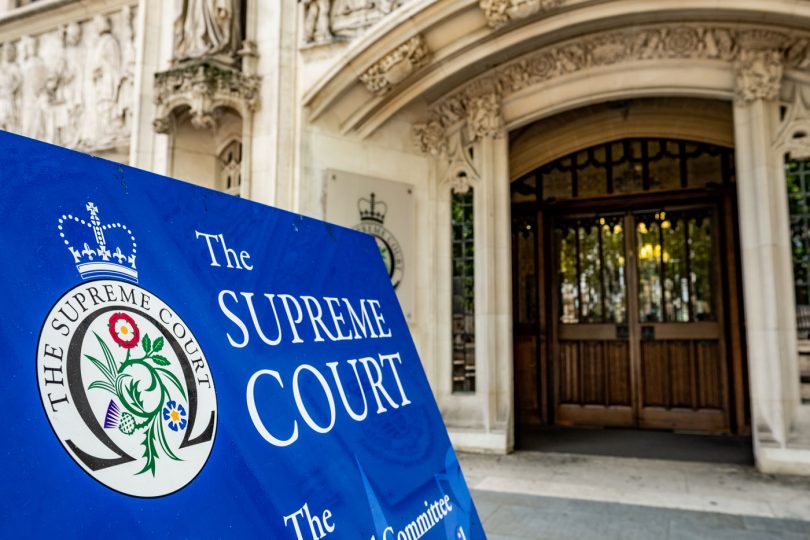 Sir Peter Marshall argues that the Supreme Court were unconvincing in stating that their judgement was not about Brexit. The Court ignores the reasons why no deal is still an issue including the difficulties made for the PM by parliament and the way in which Brussels has played fast and loose with its own rules. The use of judicial power to try to thwart the biggest vote in British history represents an outrageous intrusion into politics by eleven individuals none of whom we can vote out.

The opening passage of the summary of the Supreme Court judgement, read out by Lady Hale on September 24,  notes that “it is important,  once again, to emphasise these cases are not about when and on what terms the United Kingdom is to leave the European Union“.

What, then, are we to make of this curious inconsistency?  The notion that the Supreme Court are seeking to mislead us can be dismissed out of hand.  In which case we are left with two possibilities: that the members of the Supreme Court do not fully understand the relevance of the context in which they may be required to operate; or that we do not fully understand and evaluate what they are saying.  It is not for me to venture into the former question: but I would offer a series of observations on the latter.

First,  the course of relevant events,  as recorded in the judgement,  makes it clear beyond all doubt that the House of Commons has been much less zealous as regards respecting the verdict of the 2016 referendum,  to which it is overwhelmingly pledged,  than in opposing the Government’s efforts in that direction.  The Government is unquestionably more sinned against than sinning;

Secondly, with the exception of a reference in paragraph 14 to Boris Johnson’s views on the question, the judgement makes no reference to the stance of our European partners, nor to the added difficulties which it has occasioned throughout the negotiations.  Hence the judgement ignores the main reason why the question of “no deal” has arisen at all.  In this respect the judgement is a reflection of the ill-informed discussion and the misguided priorities which have characterised the activities of the present Parliament.

Thirdly, the judgement records in paragraph 22 the passage into law of

the European Union (Withdrawal) (No 2) Act.  The fact that they made no comment suggests that the Supreme Court see nothing untoward, either in its content or in the arbitrary and breakneck speed process by which it came to be placed on the Statute Book.  Hence likewise the Supreme Court must be assumed to see no objection either to the object which the Act is intended to serve, or to the unprecedented instructions to the Prime Minister for which it provides.

And is that all there is to it?  Should the Supreme Court judgement have noted that, “in voting to decide for themselves what business they would undertake”,  those concerned in the House of Commons (a) gleefully denied the Prime Minister the possibility of calling an immediate election which would have been normal,  nay inevitable,  prior to the present Fixed Term Parliament regime; and (b) boasted of “keeping the Prime Minster prisoner”?

Would not a reference have been eminently justifiable to the widespread impression in the country overall that the Government was and is being obstructed by the House of Commons in its endeavours to deliver the verdict the Referendum of June 23.

It is in this context that voters have most cause for genuine concern, particularly in relation to the European Union (Withdrawal) (No 2) Act.

There is now a general realisation on this side of the Channel that our EU partners have played us false from the start,  notably by insisting that the Guidelines they adopted  on April 29,  2017,  should be the sole basis on which the negotiations for our withdrawal should be conducted,

These Guidelines contravene intentionally the provisions of Article 50(2) when they state, in the third of the five unnumbered opening paragraphs, “we must proceed according to a phased approach, giving priority to an orderly withdrawal”.  By this wording our partners make clear their intention to defy the requirement in Article 50(2)  to take account of the framework for our future relationship when negotiating and concluding with us an agreement setting out the arrangements for our withdrawal.  EU refusal to do this has been the direct cause of the backstop.

It is important further to note that the opening sentence of the fifth of the five unnumbered opening paragraphs reads “these guidelines define the framework for negotiations under Article 50″.  The use of the preposition “under” is disingenuous.  It is designed to mislead the reader into believing that the Guidelines are in accordance with the terms of Article 50 when they obviously are not.

The illegality of the Guidelines is inevitably reflected in any documentation which issues from them.  Hence the Withdrawal Agreement is at fundamental variance with the terms of Article 50 because of its failure to take account of the framework for our future relationship.  Paragraph 1 of the Political Declaration deliberately suppresses the words “and conclude” from its quotation of the wording of Article 50(2).  The last sentence of that same paragraph is an ineffectual smokescreen aimed at suggesting that the Withdrawal Agreement and the Political Declaration taken together somehow satisfy in full the requirements of Article 50(2).

It was folly to have accepted these texts.  By officially acquiescing in them, or in any procedure or agreement based on them, e.g. as would be the case if the relevant provisions of the European Union (Withdrawal) (No2) Act were activated, we could be held to be ourselves in breach of our obligations under Article 50.  Yet, to judge by what they record in paragraph 22 of the full text of the judgement, that is precisely what the Supreme Court are prepared to contemplate with equanimity.

What then is to be done?  First, let us, setting aside mutual recriminations, have the humility and the integrity together to accept the reality of what has happened to us:  in Walpole’s famous phrase, “this dance can no longer go”.  We must ensure the whole world understands why this is the case.

Second, let us recognise that we now have a Prime Minister, who, for all his faults – or perhaps because of them – is willing and able to bring the dance to a close.

Third, while there is universal agreement that we need a deal, the adversarial and backward-looking mindset of our EU interlocutors, as has been amply demonstrated in the past three years is such that we cannot safely take off the table the option of leaving without a deal.

Fourth, we must think positively not negatively.  It is unity and collective resolve on this side of the Channel, hitherto almost entirely lacking, which will carry the day with the other side.

Sir Peter Marshall had a long career in the diplomatic service and was deputy Secretary General of the Commonwealth. He is regarded as a leading expert on multilateral diplomacy and negotiation!