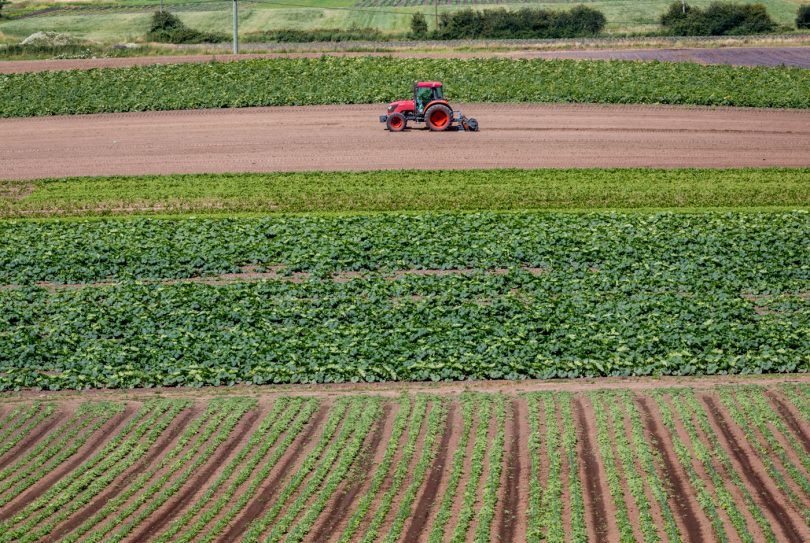 Promised financial support for the British economy following a No Deal Brexit is most likely lawful under WTO subsidies rules. As long as the relief package is structured in such a way that it does not give British firms an unfair advantage in international trade with respect to their foreign competitors, the £39 billion payment that would have gone to the EU can be used to help disaffected firms cope with any difficulties arising from a hard break.

The day he took office Prime Minister Boris Johnson spoke with gusto of the availability of £39 billion worth of ‘lubrication’ for the British economy in the event of a No-Deal Brexit. No doubt of comfort to many plagued by constant claims of disaster in such a scenario, these words of assurance raised speculation of assistance packages for various industries which may suffer due to tariffs imposed by the EU or because of delays, inspections and other difficulties at the border. But can the UK government provide this kind of support to the private sector without breaching international law? Public assistance for domestic industry (which the EU terms State Aid) is often criticized as anti-market or, in the global context, anti- free trade. Indeed, US President Donald Trump recently came under fire for his promise of a multi-billion dollar relief package to US farmers suffering from intensive global competition. Likewise, the legitimacy of bailouts of the banks and automotive sector during the financial crisis has divided opinion for more than a decade.

There has been much discussion during the Brexit era of the obligations tied to membership in the World Trade Organization (WTO), the most conspicuous of which is that of Most Favoured Nation (Article I of the GATT) and its famous exception for preferential trade agreements. Somewhat less is known of the legal obligations imposed by the WTO’s Agreement on Subsidies and Countervailing Measures (SCM) which limits the extent to which WTO Members (meaning their governments) can provide a financial benefit to private firms within their territory. As economists will tell us, these trade rules were devised in order to curtail market distortions by which domestic products become artificially cheaper than their foreign counterparts because of government support. Included in the definition of subsidy under the SCM are interventions like direct payments by the government, tax relief and low interest loans.

Contrary to what many realize, however, the WTO, through the SPS Agreement, does not ‘prohibit’ government assistance outright, meaning that many kinds of support for the private sector, as may be needed in a No Deal scenario in order to cope with the stresses of life outside the EU, are most probably lawful under WTO rules.

First, Article 1.2 of the SCM Agreement states that subsidies are prohibited only if they are ‘specific’, a qualification which severely restricts the scope of the agreement to constrain government support for industry in many situations. The specificity requirement was designed precisely to exclude general welfare programmes, such as aid to impoverished regions, from the discipline of international law. These are the very policies which most people, except perhaps the most hard-nosed economists, would expect of democratically elected governments serving their citizens.

Article 2.1 a) of the SCM outlines that ‘specificity’ will be deemed to exist ‘where the granting authority or relevant legislation explicitly limits access to a subsidy to an enterprise or industry or group of enterprises or industries.’ The SCM does not define ‘industry’ (or ‘enterprise’ for that matter) but WTO caselaw suggests that an industry will be defined by the similarity of its outputs, such as automobiles or textiles. In other words, if the Johnson government wishes to direct some of the £39 billion saved by No Deal across the economy as a whole, or even across the broader manufacturing sector in order to mitigate harms suffered from a No Deal Brexit, this should not fall foul of WTO rules.

Article 2.1 b) further establishes that specificity will not be found to exist where a governmental measure ‘establishes objective criteria or conditions governing eligibility for, and the amount of, a subsidy’ and additionally that there will be no specificity ‘provided that the eligibility is automatic and that such criteria are strictly adhered to.’ Thus, for example, a No Deal Brexit assistance package for SMEs as defined by number of employees or annual turnover would likely also escape censure under the SCM. This kind of support could go a long way to softening the turmoil of a No Deal environment for the most vulnerable businesses.
An additional feature of the SCM Agreement suggests that retaliation by another WTO Member in the event of the UK government offering financial support to Brexit-harmed businesses (if a specific subsidy is ascertained to exist) would be unlikely. This is the SCM’s categorization of subsidies as either ‘actionable’ or ‘prohibited’.

Article 3 of the SCM establishes that some subsidies are banned outright and, if maintained, entitle injured WTO Members to impose countervailing duties, essentially tariffs on the relevant goods. Prohibited subsidies are those which are given to businesses on condition that they augment their exports, or which are offered to businesses on condition that they use local content inputs. Such subsidies are flat-out prohibited because they are clearly trade distortive, harming foreign competitors in a manner that is contrary to the spirit of the WTO. In order not to breach this rule, the Johnson government must therefore ensure that it does not make the provision of financial support contingent on the relevant firm exporting a certain volume or value of goods. It is important to note that the mere fact that a subsidy is granted to an enterprise which exports does not for this reason alone make the subsidy an export-oriented one. The UK government moreover must not provide assistance to firms on condition that they use local goods as inputs. Neither of these restrictions should be viewed as particularly restrictive to an effective Brexit relief package.

Article 5 of the SCM deals with the other kind of subsidies, labelled as ‘actionable.’ These are all other kinds of subsidies, providing of course that they satisfy the requirement of specificity, noted above. However, unlike prohibited subsidies, in this instance the injured WTO Member must prove that they have been harmed by the subsidy, whereas for prohibited subsidies (export or local content) the injury is presumed. Proving injury from a foreign subsidy is a difficult and fact-intensive exercise, typically requiring the complaining Member to show that there has been a displacement of exports of similar products, significant price undercutting or an increase in the world market share for the firm which received the benefit. WTO caselaw indicates that these elements are not easy to establish, suggesting that the UK government is unlikely to face a claim of subsidization from another WTO Member unless there has been a clear incidence of harmful impact as a result of the assistance package. So unless a British company suddenly leaps ahead on the world stage because of Johnson’s Brexit help it us unlikely that his plan will be challenged through the WTO dispute settlement system.

Finally, it should also be mentioned that agricultural subsidies are covered by a different facet of WTO law, namely the Agreement on Agriculture. This agreement allows each WTO Member to provide assistance to its farmers up to a certain, pre-determined limit. As long as the UK government stays within its limit, as inherited from its former status within the EU, some degree of government support for the agricultural sector post-Brexit (which many have cautioned would suffer heavily in the event of No Deal) would be compatible with international law.

Notwithstanding the portion of the £39 billion which the UK may indeed owe to the EU (suffice it to say that it is significantly less than this total amount), and the inevitable criticism from economists that any state support is by definition inefficient (which is another matter entirely), Boris Johnson’s claim that there is money available to help the private sector cope with any rigours arising from a No Deal Brexit are entirely reasonable and, as long as they are structured properly, most likely legal under international law. With this support in place, there is yet another reason why the dire warnings about the effects of No Deal have been blown out of proportion.