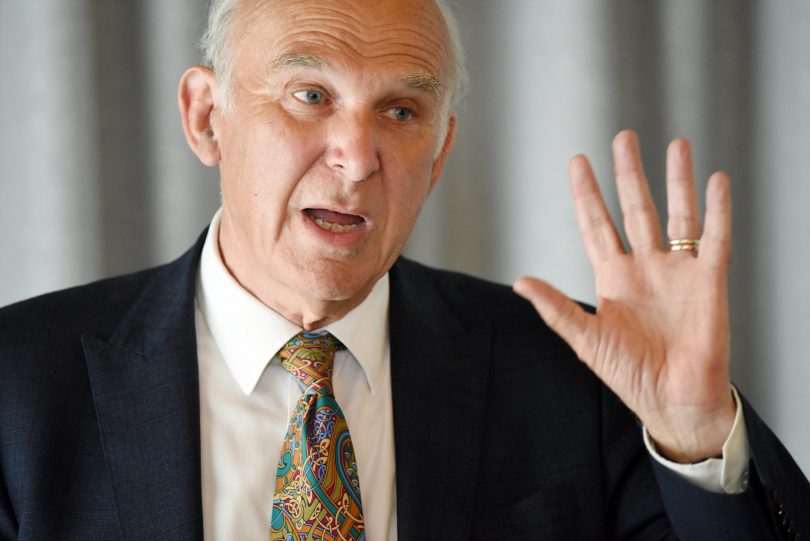 “too many voters were driven by nostalgia for a world where passports were blue, faces were white and the map was coloured imperial pink, their votes on one wet day in June crushing the hopes and aspirations of the young for years to come”. – Sir Vince Cable

In his speech to the Liberal Democrat Spring Conference on Sunday, 11th March, 2018, Sir Vince Cable stated that as far as the 70% of over 65’s who voted for Brexit were concerned, “too many voters were driven by nostalgia for a world where passports were blue, faces were white and the map was coloured imperial pink, their votes on one wet day in June crushing the hopes and aspirations of the young for years to come”. At the very least this is simplistic, at worst a ludicrous generalisation, and such comments only serve to divert attention from the lack of serious argument.

Even worse is the insinuation of hidden racism in those who voted Brexit. This appeared in Cable’s comments about ‘rebuilding a tolerant and inclusive Britain’. The implicit suggestion that Brexit stands for intolerance and exclusiveness is dog-whistle politics. Cable seems quite unwilling to accept that the issue about immigration is not about race. It is about two things: the sheer number of additional human beings coming into a country whose infrastructure, and public services, are frequently close to breaking point, and the escalating rate at which our overall population is rising year on year anyway, not least because of the 21st century baby boom. The real issue is about what counts as a sustainable population level. Cable did not have the courage to openly discuss the migration issue, which was a major reason for the Brexit referendum. Instead he seems to prefer virtue signalling and unfair insinuations against his opponents.

So, yet again, we see a highly educated public figure who seems to be unable, or unwilling, to engage with the arguments, and instead descends into abusive assumptions about those who voted to leave the EU. Those who were old enough to vote in the 1975 referendum as to whether we should remain part of the EEC (which we had joined in 1973) voted to remain part of a free trade block, not to join a political union. Indeed, the population was never told that the objectives of the European project, right from the outset in the 1950’s, had been to create a Federal Europe, with centralised economic and political power. In the 43 years since that referendum, it has become increasingly apparent, to the population at large, what those hidden intentions were, and we have watched our sovereignty systematically eroded in virtually every area of our national life. The 1992 Maastricht Treaty signed away more of our sovereignty than any other EU treaty that the UK has signed. The consequences of that abdication of our sovereignty have become ever more apparent in the 26 years since Maastricht, and the seeds of Brexit were almost certainly sown the day that Treaty was signed. It is difficult, therefore, not to see Cable’s assertion, that over 65’s, who voted for Brexit, were driven by nostalgia for our imperial past, as quite absurd and Cable cannot possibly verify such a ridiculous claim.

Older voters have watched this incremental erosion of our national sovereignty for more than forty years, and it appears that it was this perception of the endless erosion of our sovereignty, more than anything else, which was at the heart of the vote to leave the EU. It was a reaction against a political establishment which has consistently hidden the truth about the ultimate objectives of the European project from the public. It is a project which is now absolutely determined to centralise power and control, as President Macron has made abundantly clear, and Chancellor Merkel has recently endorsed, now that she has managed to rescue herself from the political quagmire she has found herself in for several months. The inevitable consequence of ever greater European integration, and centralisation of power, will be to continue to relentlessly erode the capacity of individual nation states to control their own affairs.

The increasingly destructive bullying, and authoritarian attitudes, of a number of senior EU officials has been commented on by a number of political leaders within the EU, and it is not unreasonable to suppose that such attitudes are, in fact, further eroding the credibility of the EU within the UK. It is ironic that on the very day that Cable made his comments, a survey for the Daily Telegraph revealed that 67% of individuals, whether they voted to Leave or Remain, think the EU is trying to bully the UK in the Brexit negotiations. This perception lends support to the views of Yanis Varoufakis, the former Greek finance minister, who experienced the behaviour of the EU, first hand, in the Greek financial crisis. Indeed Varoufakis has described Michel Barnier’s negotiating brief as “nothing more than a declaration of hostility”. It is clear, week after week, in audience comments on BBC Question Time, that many people are heartily sick of the infantile level of so much of the debate about Brexit, not least the kinds of insulting comments, grotesque generalisations, and absurd assumptions about why so many citizens voted to leave the EU.

Once Project Fear had been so publicly discredited, Remainers found an alternative tactic: abuse, insult, and generalisation. There is no indication anywhere in Cable’s speech that those with genuine concerns about the EU are deserving of any serious consideration. Perhaps the saddest irony of all is to hear Vince Cable, aged 75, engaging in such blatantly ageist generalisations and insults in his attempt to discredit all those over the age of 65 who voted for Brexit.