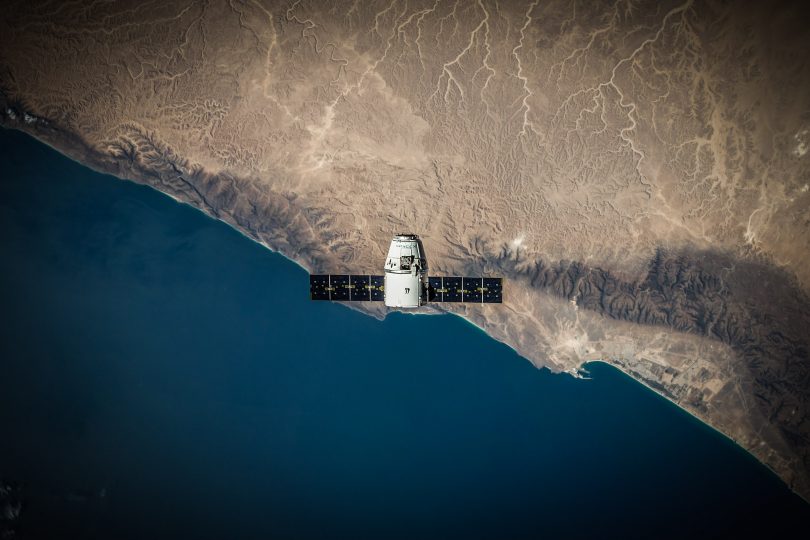 It has been reported that senior officials are trying to put a stop to a satellite programme approved by the Prime Minister and strongly in the national interest. This attempt must be squashed.

On 9th May 2020, tucked away on page fifteen of The Daily Telegraph, James Titcomb reported a truly extraordinary story. It is remarkable at several levels.

The EU Galileo satellite story hove over the horizon almost exactly two years ago, and was addressed on Briefings for Brexit (as this site then was) – and even on the ‘Today’ programme – on 4 May 2018 in our first joint collaboration.  The EU was intent on obtaining a satellite capability (called “Galileo”) independent of the Americans and it was seeking to batten onto the UK’s leading skills in this sector. On that occasion, we cheered the previous Prime Minister’s intention to pull away from the EU’s ambitions – which have since, as predicted, wobbled and stalled. We pointed out that freezing us out of control while exploiting our skills was a device to keep the UK subordinate to the burgeoning EU ‘Defence Union’; and we asked why on earth we would agree to a powerless vassal role, given that the preponderance of the key technologies and manufacturing for this EU venture would be British: Glasgow is Europe’s ‘satellite city’.

Therefore we warned against being lured into any continuing engagement on any terms, but rather supported the case for an independent British satellite system that would align with US GPS and be an adjunct asset to our primary, albeit informal, post-Brexit alliance – the Five Eyes Intelligence relationship. It would be an outward and visible sign of this country’s pivot back to the Anglosphere and the wider world: a powerful symbol of the inward and spiritual beliefs that drove the decision to leave the EU. In 2018 (as Mr Titcomb reminds in his article) Mrs May gave £92m to the UK Space Agency to assess feasibility and upon taking power, an invigorated Prime Minister Johnson declared that, with a £5bn budget, we should ‘get going’. Which brings us, in a two year orbit, back to where we began and to the Telegraph article.

“Scrap UK satellite system, officials urge” is the  headline. It reports – and the words are worth quoting precisely – that “mandarins in the Cabinet Office and Dept for Business are pressuring ministers to shut down work on the programme….arguing that it would not represent value for money.”  It then invokes and associates obliquely the name of Sir Mark Sedwill the Cabinet Secretary with this call, alleging that he has “…urged ministers at the Dept for Business, Energy and Industrial Strategy to decide on the project’s future as the Prime Minister focuses on the national response to the coronavirus pandemic.”  We write “allege” because we hope that it is not true that the top mandarin would associate himself with an action that is ultra vires as well as so manifestly against the higher national strategic interest.

Our hope is, of course, tempered by awareness that the Cabinet Secretary is on record as a supporter (and, one is told, a vocal supporter) of the decision to diverge from our Five Eyes allies and, to their public dismay, to entertain the case that a de facto agent of the Chinese Communist State, Huawei, can safely play a role in the ‘peripherals’ of the UK’s move into the ‘internet of things’ via 5G. By the way, that ‘periphery/core’ distinction, deep experts state, is not technologically sustainable. As the full enormity of the CCP’s misbehaviour over the pandemic is being revealed and documented, facet by facet, despite a subtle and strong and hitherto largely successful IIO (Intelligence & Influence Operation) to the contrary by the PRC and its friends abroad, with rumours that some of the most sensational evidence yet of Chinese conduct will soon be unveiled, and with our closest allies making it brutally clear that failure to reverse the Huawei decision will have grave consequences for our national security, it is plain that this ‘value for money’ based Huawei decision simply cannot stand.

Let us take the elements of the article piece by piece. First and fundamental is that  the decision to build the British satellite system is a settled decision and nothing has changed. The Prime Minister said so (“get going”). We checked with a senior minister when the Telegraph article appeared to inquire whether we had missed something or had misunderstood the meaning of “get going”. We were told that we had not. Therefore, just like our settled intention to leave the EU without extension, this story may be an example of the wish trying to be the mother of the deed.

Second, it is not the business of civil servants, not even of mandarins – and there may be a clue about another emerging dividing line in our culture wars in that descriptor – to challenge settled decisions, most especially not a decision with such explicit Prime Ministerial imprimatur. As reported in the article, it looks even worse because one excuse offered for acting ultra vires is to encourage lower level ministers to challenge the PM because he is deemed to be too busy on other matters. Yet surely that is for the PM to decide, not for unelected officials to propose? The correct ministerial answer to such urgings is to tell officials to remember their place.

Third, that serviceable blocker, that universal Sir Humphryism, is wheeled out: “not value for money.”  Says who? On what possible criteria? Even to offer this thought shows a complete lack of strategic understanding. Some things need to be done, even if expensive, because of their symbolic meaning (although in this case, the sustainment of the UK space industrial sector is a very material asset and a UK satnet will add valuable redundancy to western space capabilities). We need strongly to reaffirm our geo-strategic realignment because we are about to leave the EU finally, without an extension and, due to EU intransigence, probably on ‘Australian rules’ without even the skinny FTA that David Frost has politely requested.

“Not value for money” also reminds us of its twin, as deployed to support the Huawei decision. As in that case, does “value for money” really mean that if the Chinese chuck enough money onto the right tables and use their command powers to rig markets and set prices so low that they systematically drive genuine companies to the wall (qv Marconi and Cable & Wireless), we will accept it? At the moment apparently so; but it had better not be our last word. When in Washington in February, it was made perfectly clear to one of us (GP) that the Americans – White House, The Hill (both sides of the aisle), the ‘Deep State’ all united on the topic – mean exactly what they say.

The coronavirus crisis has added another dimension to the threat embedded in the Huawei issue. The market turmoil means that some perfectly viable ‘start-up’ and smaller companies in the security field in normal times are suddenly fire-sale opportunities. A case in point is OneWeb, a British satellite start-up  based in White City that had been attempting to build a constellation of 600 broadband satellites with backing from Sir Richard Branson and The Japanese investor SoftBank. It had launched more than 70 but collapsed after SoftBank pulled out of a $2bn (£1.6bn) funding deal and since then it has been trying to find a buyer who will keep its technological intellectual property in western hands. The UK Government having so far declined to intervene (why, we ask?), it is now turning to the US Department of Defense to help defend it against Chinese direct or more likely proxy predators, given that oblique attack is the preferred Chinese method of operation. The case illustrates in the clearest terms why the Government needs urgently to institute surveillance of and even legislated protection of security critical companies at risk in this coronavirus-caused turbulence.

The coronavirus crisis also brings into focus a more recently emergent trend.  We  notice that extravagant sinophilia and unreconciled remainia are combining – often in the same individuals, their causes fusing.

It is no great stretch to see a call to scrap our independent satellite programme, coming at this precise moment and from within the higher levels of the civil service, as yet another way of weakening the solid front that Mr Frost and No 10 have maintained against weeks of effort by remainiacs to weaponise whatever comes to hand to keep us under EU power, and to call into question our commitment to Global Britain’s clear and firm return to alignment with the Anglosphere upon leaving.

Nor is it a great stretch to see continued shackling of the UK under EU powers by hauling us back into/under an EU satellite future at a time when, via Belt and Road attachments in Greece and Italy, the PRC has its claws into the EU, as being in the PRC’s geo-strategic interest. Nor is it a great stretch to see self-harming of the UK satellite sector as being also in the PRC’s general strategic interest, especially if we negligently leave security-critical companies open to Chinese stock-raiding. The coronavirus pandemic has already been invoked as a reason for extension; and now it is invoked as a reason to undo another settled policy that the remainiacs do not like either.

But hold on! Given that the policy to continue with the satellite programme is, as of now, unchanged, making this article a non-story, could this article be someone playing games? Could it be that sources opposed to these “pressuring mandarins” are seeking to pre-empt them? Or might it be that, conversely, the sources are calling for reinforcement to increase pressure to change settled policy and to dishearten and to confuse Brexiteers, just as has been happening over the settled decision to leave cleanly and without further extension? Who can tell?

What we do know, however, is that although a wearisome chore for an overworked and still recuperating Prime Minister, if Boris can please find time to issue a clear squashing statement on this subversive attempt by hostile forces to ‘weaponise’ politically the British satellite programme, just as he did earlier to deflate successfully the pressures to extend the Extension, it will hearten his supporters and it will disarm his opponents who seem determined to block him at every turn.

Sir Richard Dearlove is Chairman of the Trustees of the University of London and former Chief of the Secret Intelligence Service (MI6).