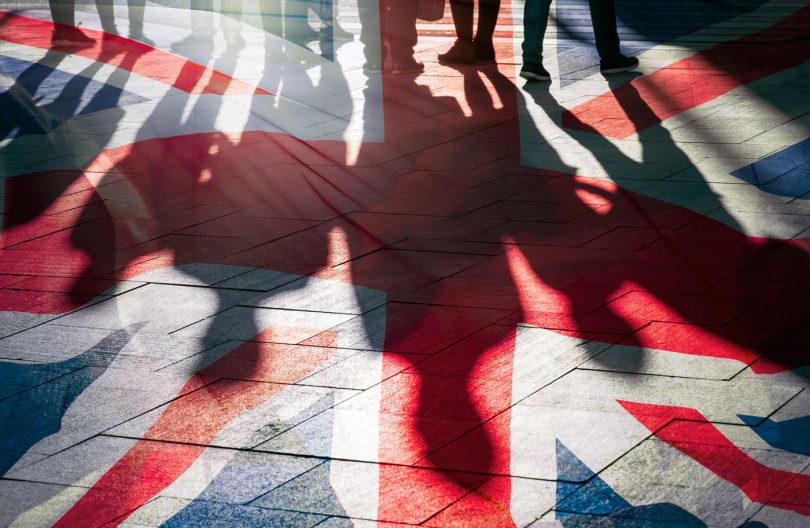 Sir Peter Marshall urges his friends and fellow citizens to support the government, and explains why.

Even as we breathe again after the dissolution of parliament, and feel sadness and sympathy for those worthy MPs who became so discountenanced, so discontented or so disillusioned, for one reason or another, that they either switched parties or decided to quit, we have to face in this election the reality of the damage which the last House of Commons has collectively inflicted upon us during its brief and disastrous existence.

Under the least impartial and most histrionic Speaker of modern times; aided and abetted (i) by an insufficiently critical House of Lords, and (ii) by a biased and analytically feeble Commentariat; and implicitly endorsed by the Supreme Court; our MPs, although having pledged themselves by a vast majority to respect the outcome of the 2016 Referendum, collectively proceeded in effect to stand it on its head.

In their obsession with the great problems of leaving, and with the supposed unimaginable horrors of leaving without a deal, our MPs contrived more or less to turn the question of “how we should leave” into “why should we not remain”?

The Sovereignty of Parliament was their watchword: but in reality evading responsibility for the ultimate decision was their tactic.  They insisted there should be a second referendum, or a “people’s vote”, or another referendum in Scotland; anything, in fact, which would help lead to remaining in the EU. The elitist Lib Dems have gone one better. They are simply telling the 17.4 million who voted leave in 2016 to get lost.

The Remainers’ prospectus, however, is palpably false.  We are not so much led as left to believe that, if we don’t like whatever deal may be available, or if we don’t like Brexit at all, we have the right to remain in the EU on the same basis as at present.

That would prove to be a dangerous misunderstanding.  All we know for certain is that, according to the European Court of Justice, we have the right to revoke the notification of our intention to withdraw.  The ECJ says nothing about the rights of the other 27 Member States in relation to such revocation. This can scarcely be a matter of surprise.  As they see it, we have been an existential threat, or at best a monumental nuisance.

It is also virtually unknown in this country that the ECJ rejected a bid by the European Council and the European Commission to make revocation of a notification of intent to withdraw subject to the unanimous approval of the European Council.  We simply have no idea what might await us by way of conditions and complexities at the hands of the Commission and the 27 if we opted to “remain”.  We can be sure, from previous harsh experience, that there would be no Prodigal Son treatment.

If anyone urges you, dear friends, to vote “remain”, ask her or him what precisely “remain” means, and do not take waffle and evasion for an answer.  It means going back into the hamster’s cage.

In 1957 the last great Labour Prime Minister, Clement Attlee, came to speak to a meeting of diplomats from East and West in Montreux, in Switzerland.  The Treaty of Rome, creating the European Economic Community (EEC), had recently been signed.  He was asked whether the UK was part of Europe or not: “we’re semi-detached”, he succinctly replied.  Yes, indeed.  That is both the underlying explanation both of why we are so grievously divided at the moment, and a gateway to extracting ourselves from the demeaning and atypical situation into which we have allowed ourselves to sink.

On the one hand, we shall never cease to need and cherish the close economic, social, cultural and moral interests and affinities which have linked us with the Continent for centuries.  We readily understand too the political, security and defence considerations which prompt the countries of the continent to embrace integration themselves in various configurations; and we are willing ourselves to participate up to a point with the resulting supranational institutional arrangements.

On the other hand, we forget at our peril the fundamental difference between the norms by which we agree to le ruled.  The basis for the EU is the Napoleonic Code, whereas the British live consensually and “organically”, under and by Common Law. We expect to be able to get rid democratically of those who make our laws and tell us what to do, if we consider that we have had enough of them.

There comes therefore a point at which successive conferrals of competences to a central institution, with overriding jurisdiction over the scope and manner of their exercise, ceases be acceptable to us.

That point was reached with the adoption of the Lisbon Treaty.  The demand for a referendum became irresistible.  The 2016 Referendum was above all a stunning, but well-deserved, rebuke to UK plc of which the vote to leave the EU was doubtless the main, but by no means the only, feature.

In the ensuing negotiations, a dreary sequence of errors of commission and omission, of follies and of misfortunes on the UK side, and an attitude of solid unhelpfulness and deliberate flouting of the terms of Article 50(2) of the Lisbon Treaty on the part of our EU partners.

The treatment meted out to us during the negotiations would have been enough to convince anyone not dominated by the “Anglo-Brussels Orthodoxy” that there is no place for us in the EU, given what it has become.  So far Remainers have blithely adopted the well-worn policy of ignoring awkward facts.

Thanks to the amendments to the Withdrawal Agreement and the changes in the Political Declaration, achieved by the Prime Minister, a semi-detached Brexit is within reach.  The last House of Commons were ready to contemplate it.

It is far from perfect.  But, given the complexities, perfection would have been unattainable, even under the positive-sum regime proposed in Mrs May’s letter of March 29 2017 to the President of the European Council, “triggering” the withdrawal process.  In the event,  it was never on the cards, because of the EU Guidelines, and UK craven acceptance of them as the sole basis for conducting the negotiations.  Much ground has thus been conceded.

Yet in the perception of semi-detachment, this would be an advantage rather than a drawback.  Compromise is of the essence.  Informed and constructive Europhilia is unencumbered; visceral satisfaction at “taking back control” is achieved.  The more the present agreement is denounced by the Brexit Party or whomsoever as BRINO (“Brexit in Name Only”), and the more it is assailed by the Remainers as leaving us insufficiently close to the EU, the surer the Prime Minister can be that he is on the right lines.  His is indeed the only game in town.