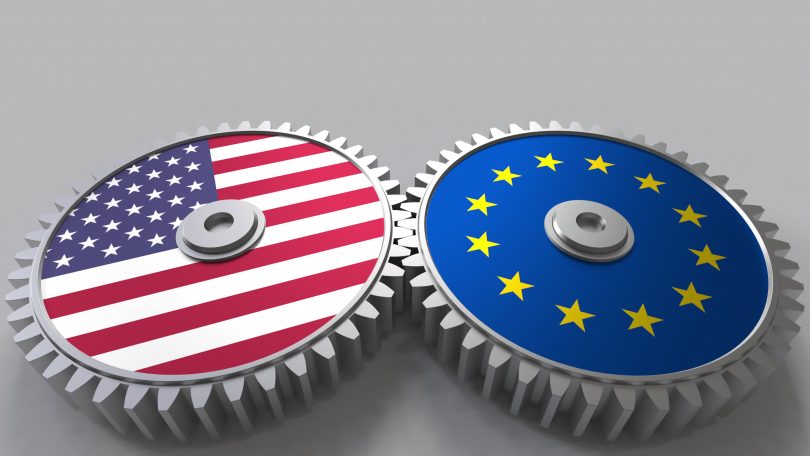 Economist Harry Western explains what the UK wants from a free trade deal by next December and the difficulties which the EU are likely to put in the UK’s way.

With the EU Withdrawal Agreement having passed the UK House of Commons, the stage is now set for trade negotiations between the UK and the EU to finally begin. But the relatively optimistic mood in the UK about this may be misplaced – in our view an acceptable trade deal may be very hard to achieve.

A glance at the opening positions of the two sides reveals a wide gulf. The UK is looking for a trade deal based on zero tariffs on goods, together with chapters on services, but with no regulatory alignment with the EU, no ECJ oversight and certainly no free movement of people. The UK is prepared, in this first instance, to strike a ‘thin’ trade deal just based on goods trade and add other elements later on, in order to stick to the end-2020 deadline to end the ‘transition period’ (note a goods-only deal has the advantage of only requiring a majority vote in the EU to be ratified).

The EU, by contrast, is demanding that even a ‘thin’ goods-only deal be accompanied by whole panoply of other elements. It has suggested such a deal would require dynamic regulatory alignment (i.e. the UK copying all EU rules automatically, with no say) to create a ‘level playing field’ (LPF), ECJ oversight, free movement of people and links to security, data sharing and other areas. It is also demanding the UK continue to allow EU boats to plunder UK fisheries as a precondition.

Now we shouldn’t be surprised if two sides in a negotiation start with maximalist positions and then find a ‘landing zone’ somewhere in the middle. And it’s certainly possible to see where such a ‘landing zone’ might be. It might for example include:

Carefully presented, a deal with such elements could prove amenable to both sides, preserving as much of the existing trading relationship as possible subject to separate legal and regulatory orders. And the political declaration (PD) to the withdrawal agreement seems to point in this direction.

But this is only true if economic rationality is the prime consideration. Unfortunately, from the EU side, it isn’t. The EU’s main aim is rather to assert the maximum degree of economic and political control over the UK. It has already got a lot of what it initially wanted – on money, citizens’ rights, geographical indications protections for agricultural goods and Ireland. A free trade deal is not an essential addition for the EU, especially if it yields the UK lots of new economic freedoms.

As a result, the EU is likely to follow much the same approach as it did in the first round of negotiations on the withdrawal agreement, attempting to delay, delay and dilute Brexit:

If the UK government wants the EU to engage seriously and agree the kind of limited trade deal it now says it wants, which maximises UK economic freedoms, it is going to have to be prepared to scrap very hard.

Firstly, the UK will have to make it 100% clear to the EU that a thin trade deal linked to onerous LPF conditions is not of any interest to it and it would prefer to leave on WTO terms than accept one. With the EU’s average WTO tariff on UK goods only around 3%, the UK would almost certainly be better off leaving on WTO terms and flexing its regulatory independence.

Second, the UK should, in parallel with talks with the EU, aggressively pursue a series of other deals. Such deals might include:

The UK should also move quickly to outline a new fisheries policy which will rule out the EU’s current extreme demands and make it clear that the scope for negotiations on fisheries will be very limited, based largely on recognising some pre-1973 rights for EU vessels plus some transitional arrangements. Ideally, such a policy would move completely away from the failed EU quota system. Fishing is a small sector but a totemic one and playing hardball here is crucial to set the tone for the rest of the negotiations.

Naming a negotiating team for trade talks may also help concentrate minds on the EU side. Such a team should be composed of seasoned trade negotiators like Crawford Falconer plus hard-nosed business representatives and senior Brexit-supporting political figures – it emphatically should not feature civil servants in leading roles.

There have been some promising signals on the above in recent days, including statements from the UK government that it intends trade talks to go forward in parallel with other partners as well as the EU. But we remain unconvinced – as the EU will also be – that the government has the strength of will to take the very tough actions needed to force the EU into a serious negotiation on trade. Some very clear and concrete moves are needed in the coming weeks – bluffing won’t work.