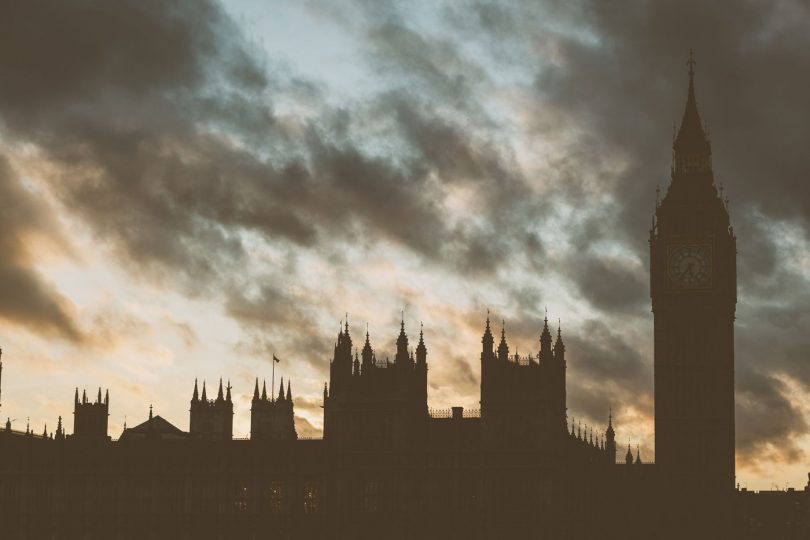 Should the prorogation of parliament be a possible course of action for a government? Is it an outrage against democracy and the constitution? Rory Stewart threatens direct action, and Matt Hancock declares that such a thing “goes against everything those men who fought their way up those [D-Day] beaches died for.” A leading constitutional historian looks here at the facts behind the hysteria.

What, exactly, can a government do by exercising the royal prerogative? Like many great constitutional issues, this one exists in a grey area, grey for historical reasons. It is partly a consequence of old and seldom resolved disagreements about where sovereignty resided, and, therefore, who or what commanded the prerogative.

In 1213 King John, in a weak position against his barons, tried to save himself by surrendering the sovereignty of England and becoming the feudal vassal of Pope Innocent III. It was many centuries before the Papacy gave up its claim (by prerogative, in effect) to depose monarchs it judged heretical; but even today some people look to multi-national organisations as guarantors of the moral conduct of the state, so overriding state sovereignty. The EU itself is run more by the prerogative of its Commission than by its Parliament. In the seventeenth century some theorists claimed that sovereignty resided in the person of the monarch; this was resisted by parliamentarians in civil war, but even after 1688 the royal prerogative, sometimes explicitly contested between Crown and Ministry, remained strong. It was transferred more than defined.

Another doctrine had long overlapped with that of monarchical sovereignty: that sovereignty lay with ‘the Crown in Parliament’, the King, Lords and Commons acting together. It was an attractive metaphor, but since the three were often locked in conflict it seldom offered clear answers about prerogative. In the nineteenth century the doctrine of ‘parliamentary sovereignty’ was developed: it flattered parliamentarians but its meaning evolved, first as the House of Lords was sidelined in 1911, then as the role of backbenchers was minimised through efficient whipping.

The alleged supremacy of the Commons was never defined in statute; it was merely assumed. In time, the Commons found itself ambiguously competing for sovereignty with other bodies. From 1973, membership of the EEC meant that European law took precedence over parliamentary statute, and the significance of this, hardly obvious at first, became ever more contentious as the body of EU legislation grew. In 1974 the National Union of Mineworkers destroyed the government of Edward Heath, and even today some people look to direct action in the streets as a legitimate expression of sovereignty.

From the 2010s a new practice caught politicians by surprise: the referendum. It reopens a question never settled in earlier centuries and still not exactly defined: does sovereignty reside with Parliament, or the People? There is clearly a case for representative democracy; but there is an equally honourable case for direct democracy. Neither guarantees happy outcomes, but there are no guarantees in life. The choice between them was easier if there were just two parties to the conflict. But the conflict over Brexit is a tripartite one: the executive v. the legislature v. the electorate.

The new ministry is likely to affirm its resolution to leave the EU on 31 October. Should it prevent the Commons from blocking the very step for which it has already legislated in the European Union (Withdrawal) Act? There are many means of doing so, and they raise the old question of prerogative. If a general election were produced by a successful motion of no confidence in the new ministry, the Fixed Term Parliament Act of 2011 provides that ‘the polling day for the election is to be the day appointed by Her Majesty by proclamation on the recommendation of the Prime Minister’: it could legally be a date after Brexit on 31 October. The Act also provides that ‘This Act does not affect Her Majesty’s power to prorogue Parliament.’ That power derives from the ancient notion of prerogative.

Recent legislation, then, confirms the long-used royal prerogative to determine the dates of sitting of Parliament. This has never been overset: in 1689, a draft of the Bill of Rights would have given Parliament the ability to sit until the end of its term, free from the threat of dissolution, but this provision was dropped from the Act.

Now, the Act of 2011 deliberately does not put Parliament in control. After its summer recess, Parliament need not be recalled until after 31 October. If attempts were made to frustrate such a timetable, Parliament could be prorogued.

None of these responses would be ‘unconstitutional’. They would be in accord with statute law, but applied in a situation that legislators could not foresee.

None would they be ‘undemocratic’, for the point at issue is the clash between two sorts of democracy, representative and direct. Whatever the merits of these two, Parliament recognised the priority of the People in legislating for the referendum of 2016. Parliament’s claim to control prerogative depends also on public opinion, and support has ebbed away as Brexit has not been delivered.

Would these responses ‘involve the Queen in controversy’? The Queen is always surrounded by controversy (like all monarchs); she will be well used to that. No change in the function of the monarch would be involved. Indeed, she would (as under the terms of the Fixed Term Parliament Act) have no choice but to accept her Prime Minister’s advice. The buck still stops with the Prime Minister.

Are there precedents for a Prime Minister acting in ways that disregard Commons majorities? There are, though not exact. The most recent was Theresa May herself, who clung to office despite repeated defeats on a scale that would have led most of her predecessors to resign. Another is William Pitt the younger, chosen as Prime Minister by George III in December 1783 in order to exclude the unsavoury Charles James Fox. Pitt suffered repeated defeats in the Commons on motions asserting the unconstitutionality of his ministry and demanding that he quit, but the numbers voting against him steadily fell in the face of the king’s support. In March 1784 George dissolved Parliament by prerogative; with a tide of opinion running in Pitt’s favour he secured a majority of about 120; from 1789 he was increasingly hailed as the saviour of the nation from the threat of revolution. Yet he was denounced by revolutionaries everywhere: controversy is the essence of politics.

As to prorogation, the dates of sitting of Parliament were for centuries determined by the monarch, whose powers were eventually assumed by the executive. The courts never intervened. The Labour government of 1948 last used prorogation for tactical purposes against one House of Parliament, to frustrate the Lords’ attempt to hold up what became the Parliament Act of 1949. This is a precedent, though not exact, for its use in the case of Brexit.

The constitution, then, is partly a museum of questions never fully answered; partly a laboratory in which new drugs are developed to combat new diseases. It is never a set of unchanging truths, carved into tablets of stone (most of Magna Carta was repealed piecemeal, as society changed). The constitution is also a tool box, containing many resources for solving the fast-evolving problems that the country faces. As Speaker Bercow has insisted, precedents may help, but do not bind. The present situation is unprecedented. It may be that the solution will be unprecedented too.