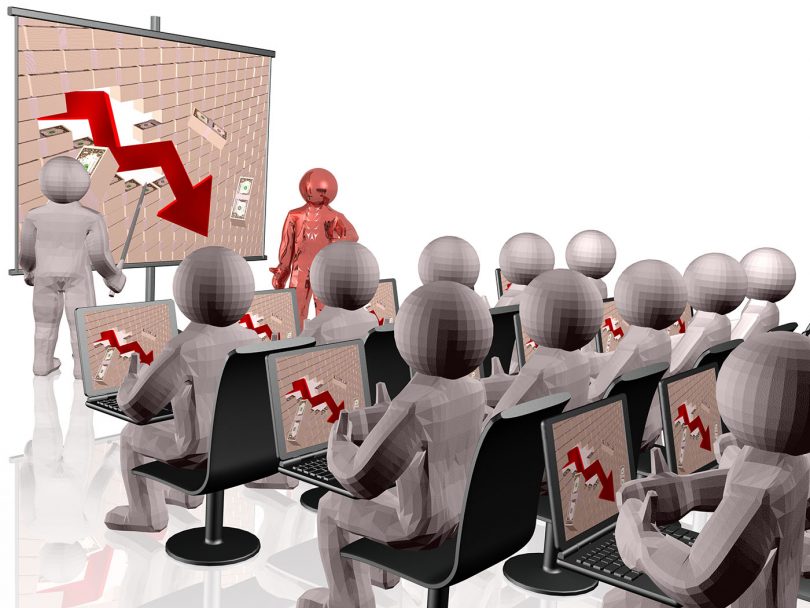 Once again, this week media publicity was given to a set of dismal forecasts for the economic impact of Brexit. The impression given was these were new, but in fact they were a rehash of recent forecasts from the Treasury. These new Treasury forecasts were secretive. little is known about what approach was used to generate them. Nor is there are precise information on the assumptions used. Given the Treasury’s flawed record on predicting the impact of Brexit there is little reason that these forecasts should be taken seriously.

One would have hoped that economists who predict the economic consequences of Brexit would recognise they are in a hole and having reflected on this would stop digging. The forecasting ability of economists, especially those in official bodies (which Michael Gove calls ‘organisations with acronyms’), has been woeful, but little seems to dent their over-confidence. As we all know, almost all economic forecasters completely failed to predict the 2008 banking crisis. Less well known is the woeful failure of the Government Office of Budget Responsibility (OBR) to forecast the subsequent snail’s pace growth of productivity, an error which underpinned their associated chronic over-optimism on the Government’s attempts to extinguish its budget deficit.

When the Treasury attempted to forecast the immediate impact of a Leave majority in the Brexit Referendum their ‘project fear’ prediction of an immediate four quarters of recession, with a 500,000 rise in unemployment, was so far wide of the mark as to be risible. A letter from Economists for Remain, signed by 12 Nobel laureates and 70 professors of economics made similar if somewhat vaguer predictions.  To be fair both bodies predictions that the pound sterling would fall proved correct, although it is difficult to be clear about cause and effect here. If most economists predicted a sinking pound we should not be totally surprised if this itself affected market sentiment. In any case the pound has largely recovered its losses against the dollar, although not against the Euro.

Of most relevance to the current Brexit negotiations are the forecasts on the long-term economic consequences of Brexit-usually predicting the outcome in 2030 or even later. We will of course not know whether these predictions are close to correct until after 2030, by which time few will remember or care. With colleagues at Cambridge and Ulster University in Northern Ireland, I have however completely replicated the Treasury’s analysis underlying its long-term forecasts for Brexit. This replication revealed two huge flaws which greatly exaggerated the Treasury estimates of the negative impact of Brexit[i]. The Treasury knew about at least one of these flaws but ignored it and have resolutely refused to meet to discuss the issue.

An implicit admission of the Treasury errors came in a more recent report, ‘EU Exit Analysis. Cross Whitehall Briefing’, co-ordinated by DEXEU but based on Treasury calculations and published in January 2018. In this report the Treasury dropped the ‘gravity model’ approach used in their flawed 2016 analysis, without explanation, but still under pressure to say something, produced new, equally negative, predictions based on a new but unspecified approach. Economists for Free Trade later dug out the information that the new approach used a complex American model relying on assumptions which were not specified. So little detail was provided by Treasury that it is not possible to replicate, check or verify any of the Treasury’s negative predictions. It is a ‘take it leave’ offer from an organisation with a poor forecasting record, with a bottom line prediction that even a free-trade deal with the EU would reduce GDP by close to 5% over 15 years. Half of this estimated impact was due to assumed future regulatory divergence. Of course this should not be included as a cost of Brexit, since any future divergence would be decided by a sovereign UK government which could choose whether to diverge or not.

For many people, the reaction to this offer of new Brexit impact predictions would be ‘thanks but no thanks’. These seem to include Prime Minister Theresa May who toured the UK at the beginning of April with the message that the UK has a bright future post Brexit. As we know, Remainers never give up, and this week a new report was issued which relies wholly on the Treasury’s January 2018 forecasts. The report ‘Too High a Price. The Cost of Brexit-What the Public Thinks’ was published on the Global Futures website. The Guardian Newspaper said:

“Each of the Government’s four Brexit scenarios, including a bespoke deal, would leave Britain poorer and cost the taxpayer hundreds of millions of pounds each year, analysis has shown. The study for the think-tank Global Futures by Jonathan Portes a Professor of Economics and Public Policy at Kings College London found that a bespoke deal the Government’s preferred option, would have a negative fiscal impact of about £40 billion a year.”

The implication was that Portes had produced new estimates of the economic impact of Brexit, but this was not true. The estimates were taken direct from the Treasury’s secretive new analysis published last January. The only addition by Portes was to interpolate a fourth scenario,  on top of the Treasury’s original three, based on the Government’s preferred strategy outlined in the Prime Minister’s Mansion House speech.

In fairness the Guardian did say, later in its article, that:

“The Global Futures research is based on the Governments own impact studies on three different scenarios but also examines a fourth – a bespoke deal”.

But it did not make clear that three of the four scenarios were entirely those of the Treasury. For these there was nothing new. Jonathan Portes is a well-known pro-Remain economist, also known for a series of papers arguing that migration is beneficial for Britain. Like many economists he has been completely willing to accept Treasury estimates at face value although like us he is unlikely to know much about the models used in the latest Treasury modelling or much about the precise assumptions used by the Treasury to generate their results.

The main innovation in this Global Futures report was a series of opinion poll results commissioned from Populus. These asked a panel of around 2,000 people whether they thought the costs of Brexit described by Portes were higher than they had expected, and which of the costed scenarios they would prefer. Unsurprisingly, the majority of respondents said ‘yes’ the costs’ were higher than expected and their preference would be for the lowest cost (Norway) option.

Once again, we have a press report of a study which on a superficial reading appears to show new evidence that Brexit will be very costly. Moreover, most people found the costs presented to be higher than they had expected and preferred the cheapest options. The fact that these are actually Treasury estimates, already published last January, was not made clear. Nor is the fact that no-one outside the deepest recesses of the Treasury can have any real idea of how the estimates were produced. Given the Treasury’s track record there really is no reason why the public should be asked to take such predictions on trust.