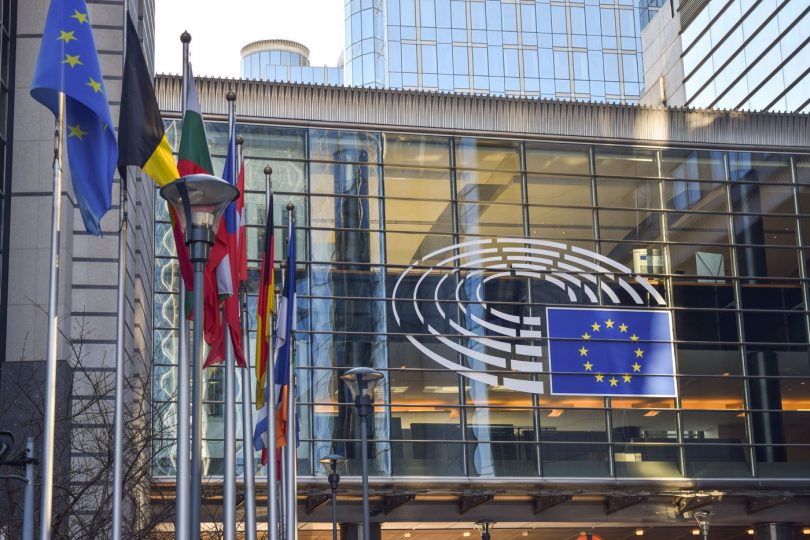 The Political Declaration accompanying the draft Withdrawal Agreement has been largely overlooked in the furore over the Northern Ireland backstop. However, the two are closely linked. The letter written to the PM by Jean-Claude Juncker and Donald Tusk on 14 January confirms that: “it can be made clear that these two documents, while being of a different nature, are part of the same negotiated package.” And in order to make the backstop somehow acceptable, both the EU and the Prime Minister have suggested that the wording in the Political Declaration can be beefed up so that its terms are more legally binding. In other words, they have already leveraged the backstop in order to deliver BRINO for the “future partnership”, even though it is set out in a political statement that has no legal force…

It is therefore extremely unwise to dismiss the Political Declaration as a “vague wish-list”. As it stands, it is far from vague. With further legal assurances it will do exactly what it is intended to do – force the UK to negotiate a detailed list of arrangements for future collaboration that would bind Brexit Britain into most areas of EU policy – in many cases under EU law. The EU has already ensured it has control of the timetable and agenda for negotiations, just as it did for the Withdrawal Agreement, with review points only set at six-monthly intervals. Progress is likely to be commensurate with the number of concessions extracted from the UK.

It is well to remember that the December 2017 Joint Progress Report was badged as an ambiguous non-binding commitment on the Northern Ireland border, but the wording of that report has haunted us ever since and brought us (quite deliberately) to the current impasse. What seemed a reasonable statement of intent soon became an irreversible commitment. The Political Declaration is drafted entirely along the same lines.

The EU continues to refuse to allow a unilateral exit mechanism from the backstop for the simple reason that an inescapable backstop is required to compel the UK to follow both the timing and substance of the negotiations envisaged in the Political Declaration. The key aspect of the PD from the EU’s standpoint (one shared by Remainer politicians) is to bind the UK into a permanent customs union under EU rules, constrain future UK competitiveness and prevent the emergence of a global  offshore financial and trading hub that will threaten the EU’s protectionist markets.

Much of the PD ties the UK into elements in the very backstop that has already been resoundingly rejected by Parliament. The key point is that “the economic partnership should ….build and improve on the single customs territory provided for in the Withdrawal Agreement which obviates the need for checks on rules of origin.” (PD para 23). This is not compatible with a free trade area that would benefit the UK.

The level playing field conditions in the PD go far beyond those found in normal free-trade agreements.  This of course includes rules that the UK would have no hand in making. The UK will also have to agree to EU human rights law “as an essential prerequisite” for trade talks to commence. On a wide range of regulation including “state aid, competition, social and employment standards, environmental standards, climate change, and relevant tax matters”, the PD replicates the one-sided and very onerous “non-regression” clauses in the backstop. This means that once we enter backstop purgatory, the EU will gain a permanent lock on vast areas of what should be independent UK policy. As the PD says: ”the United Kingdom will consider aligning with Union rules in relevant areas”’

On the UK’s key area of financial services, the PD includes only the feeble intention to “start assessing equivalence with respect to each other” and omits any assurance that equivalence will be a stable condition. This is despite 100% equivalence being the starting point. Equivalence decisions will therefore become another bargaining tool in the negotiations, to make us sign over access to our fisheries, for example (the wording here is very precise). This is not, however, as important as it might once have seemed, since under WTO rules, the EU cannot discriminate against UK financial institutions without also making the same requirements of US firms, for example.

In the transport sector, aviation and passenger transport agreements would require agreed “relevant consumer protection requirements and social standards” – i.e. oblige us to implement many unrelated EU policies, when international and bilateral laws would be adequate.

The Labour Party might wish to note that the reference to competitive markets in energy rules out comprehensive nationalisation. Also, the UK “shall implement a system of carbon pricing of at least the same effectiveness and scope as that provided by Directive 2003/87/EC of the European Parliament” thus hiking up energy costs for manufacturers to a level determined by their major competitors.

The state aid provisions will allow the EU to control the level of support available to British farmers, which in the backstop is set at rates several years behind subsidy levels for EU farmers. This means that British farmers will be unable to compete in their home market with EU rivals subsidised at higher rates than they receive, and risks forcing many UK producers out of business, as we explained here.

The EU wants free access to UK waters, with joint control of “shared” fishing stocks and quotas (in other words, a continuation of the Common Fisheries Policy) to be agreed by June 2020, before we enter the backstop. A failure to surrender UK fisheries by that date would make entering the backstop almost inevitable. Once locked into it, further resistance would scupper negotiations on any trade deal that would be to our advantage.

The PD sets out full security collaboration between the UK, but largely on the EU’s terms. On foreign policy, intelligence and defence, we are even committed to entering EU programmes we are currently not fully engaged in. It is not at all obvious why these paragraphs are in the PD, but they lock us into the EU’s defence pillar through the backstop – if we don’t agree this chapter, we may not be able to leave the backstop.

These arrangements would seriously weaken NATO and damage our existing successful intelligence alliances, limiting independent action by future governments and parliaments. They would tie the UK into the EU’s Common Foreign and Security Policy and commit the UK to common action with EU in international forums, joint military action under EU command structures, participation in and funding of EU defence agencies, and intelligence sharing under EU frameworks. We should note that the PD obliges the UK to arrest people (including our own nationals) deemed to have committed “political offences”. This could include Catalan politicians, for example – or Brexiteers, once support for Brexit becomes a “political offence” as it already seems to be according to many politicians who wish to stifle “populism”. (Whether arresting officers would be willing to brave the depths of hell to nick Brexiteers is another matter, of course).

Other aspects of the backstop are made permanent under the Political Declaration. Importantly, the EU and UK “agree that the Good Friday Agreement…must be protected in all its parts”. However, the Good Friday Agreement is clearly not working well, and may need reforming in future, in collaboration with the Republic of Ireland. Putting this into an agreement with the EU would greatly complicate this process. But through the Joint Committee in the Withdrawal Agreement, which has control over much of the Northern Ireland economy during the backstop period, the EU has given itself a leading role in managing affairs on the island of Ireland – a usurpation of sovereignty that should trouble the Irish as much as it should the UK.

In conclusion, the PD aims to make the UK an ‘associate’ member state of the EU, with obligations far outweighing any benefits. It continues most of the conditions and institutions contained within the backstop. The governing institution of the UK’s new associate status would be the WA’s “Joint Committee responsible for managing and supervising the implementation and operation of the future relationship” – in other words, a supranational and authority unaccountable to Parliament that seriously undermines our parliamentary democracy. Any dispute under EU law (which dominates the entire agreement) would have to be referred to the European Court of Justice for a binding ruling, thus submitting the UK to the permanent jurisdiction of a foreign court. This is far beyond what is necessary for the normal free-trade, low-friction customs arrangement which the EU has with other third countries.

Combined with the WA and its backstop trap, the Political Declaration ensures that if the WA is passed, we could not subsequently change our minds and ask to negotiate a Canada Plus style free trade agreement. And any treaty based upon the PD will turn the UK into a non-voting rule-taker from the EU, making the pursuit of an independent trade and economic policy impossible.

Parliament should have no qualms in rejecting this defeatist document that seeks to keep the UK permanently in leading strings controlled from Brussels. Like the Withdrawal Agreement, it represents a bad deal for Britain and an even worse deal for democracy.