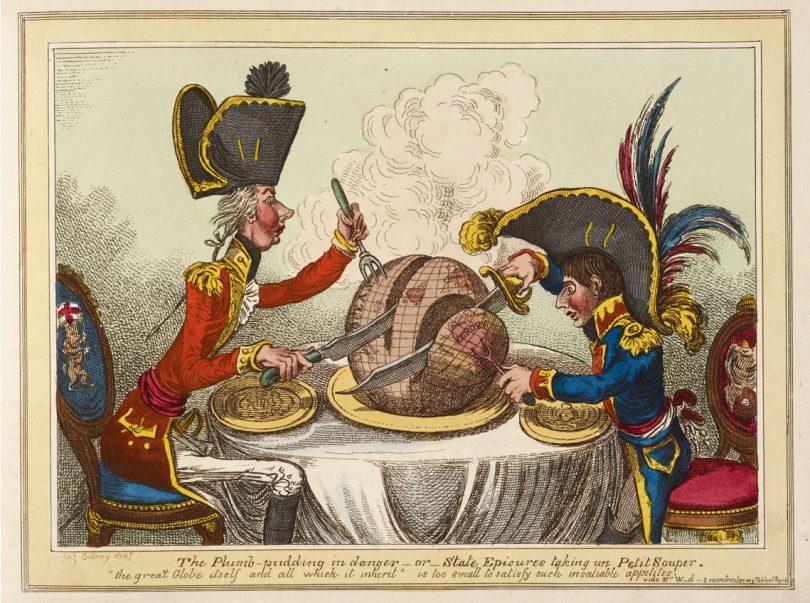 At the end of the month we shall crest the hill; and in a series of articles, Briefings for Brexit is plotting the topography of the other side, where General Boris and his forces will needs fight our next battles. This is a conscious re-registering of BfB’s guns; for we know that, in Churchill’s words, 31 January once achieved will be a victory for democracy, of course, but it will only be the end of the beginning, not the beginning of the end.

We believe that Team Boris must approach everything to do with the finalisation of our exit from the EU in this frame of mind. In light of recent events, I think it would also do well to follow Her Majesty’s example in her brilliant, humane, swift and firm handling of “Megxit”. My goodness, had she been in change of dealing with a wounded, weak and angry EU in 2016, we would have been safely out – and yet the best of friends – in no time at all. Although we shall never (must never, memo to Cameron) know, let us simply hope that the Prime Minister makes the fullest use of his weekly meetings with the most experienced political operator on the planet; and keeps his lip zipped.

Some readers may feel uncomfortable that I employ such overtly military analogy here, as I did in my previous article on risks lurking in the security, intelligence and defence arenas, in which I warned General Boris both to make conscious effort to reconnoitre the Other Side of the Hill and to prepare to encounter and defeat attempts to make Brexit fail by over-complication,  by misdirection, by bogging down and by delay – all classic military tactics. I make no apology. Rather, I point to General Montgomery’s First Principle of Warfare which is to “Identify your Enemy!” (The second, equally relevant, is to “maintain your aim”.) The simply disgraceful conduct in bad faith by Brussels since June 2016 – by Juncker of blessed memory, by the Enarque swordsman Barnier, by the neo-imperialist Verhofstadt who has never kept his views secret, neither in the jaw-dropping ‘fly-on-the-wall’ documentary nor subsequently at the Liberal Democrat conference last year, nor in his most recent remarks on ‘Today’ – amply justify the working assumption that we are not facing friendly forces.

In fact, we know that there are considerably more than forty shillings on the drum for those who’ll volunteer to come, to ‘list and fight the foe today, over the hills and far away. More like £39 billion, with the EU angling for another fat slice that would come with the extension that it craves and is already seeking actively to engineer, as ‘Caroline Bell’ trenchantly reminds us in her article on the likely topics for and risks of aggregation.  As both I and ‘Caroline Bell’ warned, British voices from the defeated side are already opining loudly on the inevitability of acceding to Ms van der Leyen’s “warning” of the inevitability of extension. Mrs May’s recently ennobled former chief of staff, Gavin Barwell was at it on the ‘Today’ programme as I write this. The safe and the correct reply is, of course – go whistle.

Briefings for Brexit will not be ending its mission on 31st January because it is plain to us from the nature of the excellent contributions that continue to flood in, some of which I have mentioned, that our community of contributors share the editorial advisory group’s conviction that our responsibility is not yet fully discharged.   The danger of falling into the trap of aggregation, where everything is linked to everything else, where nothing is signed until everything is signed, which is in the EU’s DNA, is real and present.

We take seriously Walter Bagehot’s admonition and prescription in his description of the English Constitution which the One Nation government must now begin swiftly to rescue from the consequences of the many insults and injuries that it has suffered during the Major to May era, now ended. We should have no doubt that Her Majesty will, in her private audiences with Her Prime Minister, execute fully her constitutional duty to advise and to warn; and we can thank our lucky stars that the country has such a monarch at this momentous hour, one who so entirely meets the late lamented and great Roger Scruton’s description of the Crown as ‘the light above politics.’  But academics share that duty also: it was among the reasons which caused this website to be initiated. Happily, we are not calling on our contributors to enlist for the Peninsular War. But we do invite contributions on any and all aspects of the topography which the country must now traverse after 31 January. Please shoulder your pens!

Then fall in lads behind the drum,
With colours blazing like the sun.
Along the road to come-what may.
Over the hills and far away.