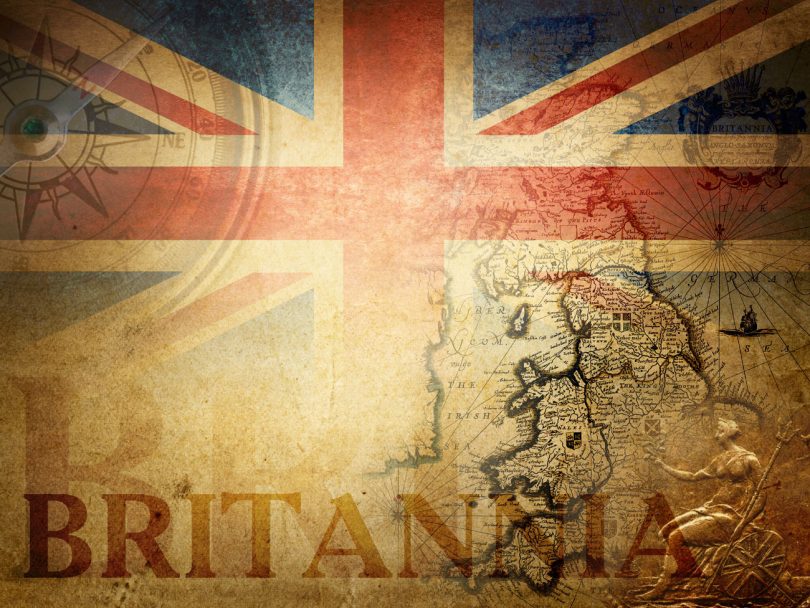 Those who support Brexit are regularly accused of being nostalgic for the days of empire. There is no evidence for this myth. On the contrary, it is the supporters of the EU who are nursing an old imperial vision.

In an interview with Michal Matlak in the New York Review of Books Daily for May 29, Michel Barnier dropped a remark which was widely reported – and indeed gave the NYR the title for its piece.  He explained the Brexit vote by “typically British reasons: the hope for a return to a powerful global Britain, nostalgia for the past—nostalgia serves no purpose in politics.”  This is a particularly revealing remark, as it captures the persistent misunderstanding on the Continent about Brexit, and indeed about British history, and it explains a lot about the inability of Barnier and his companions to understand the politics of Brexit.

Historians argue about the extent to which the British Empire was ever very popular among a large part of the British population, but there is no doubt that for much of the nineteenth and early twentieth century it was far from enthusiastically supported by the British working classes.  The description of the Empire by the Chartists captured what many of the working-class population thought of it: for them, as they struggled for democracy and labour rights at home, the Empire was “the outworks of the citadel of corruption”, bolstering the power of the domestic ruling class.  Immigration from the Empire (many people on the Left, including Engels, believed) had driven British wages down – immigration, that is, from Ireland – and the profits of Empire were extremely unequally distributed across the British population.  The imperial possessions which later became the Dominions obviously offered many opportunities for members of the working class to make a better life, but the fact that they were governed by the British Crown was largely irrelevant: the United States, outside the Empire, always remained the most popular destination for emigrants.  The Empire was the most striking fact about Britain in the eyes of foreign observers, but it was not the object of loyalty and enthusiasm within Britain which they supposed it to be.

Accordingly, we are not going to find much nostalgia for the Empire among the working-class communities which voted to leave the EU.  If there is any nostalgia there, I suspect it is nostalgia for the years between 1940 and 1951 when the Labour Party was in government and was able to put into place what increasingly in retrospect has come to seem a remarkably radical set of policies, against a background of a high degree of common purpose.  The deep commitment to the NHS, and the sense (evinced by the ceremonies opening the London Olympics) that it may be the only reliable index of a British identity, is a major legacy of those years, and testimony to their power in the popular imagination.  Not coincidentally, it was the Attlee government which made the first and decisive move in the dismantling of the Empire.

It is not clear that the Right-Wing politicians who support Brexit are nostalgic for the Empire, either.  Again, if there is nostalgia there, it is for a much older, pre-imperial Britain, before its trading relationships had fossilised into direct rule over colonised populations.  That certainly seems to be true of the more thoughtful of them, such as Daniel Hannan, whose imagination in fact seems most to be captivated by the England of Shakespeare’s day, long before Britain was a “global” power (or indeed Britain existed as a political entity).  The stress these people put on relatively small countries such as Singapore engaging in global free trade does not look very much like a hankering after the Empire.

The deep irony in what Barnier said is that if one were to look for the group in the UK who most long for something like the British Empire, one would find it in the supporters and not the opponents of the EU.  This goes right back to the beginning of the movement to bring Britain into the European Communities, when the Macmillan and Heath governments constantly emphasised the need to enter the Communities in order to (as Macmillan’s cabinet was told) prevent “the risk of losing political influence and of ceasing to be able to exercise any claim to be a World Power”.  Or as Con O’Neill, at the time Britain’s representative to the EEC, and later the head of the team which negotiated Britain’s entry, put it in a staggering memorandum from the last days of Macmillan’s premiership,

Without membership we can decline again to what was for so long our proper place: but if we choose this course I feel we must be prepared for the decline to be rather rapid.  In particular, I feel that unless we succeed in creating a satisfactory relationship with Europe we may have declined in a relatively short time into neutrality … a greater Sweden.

Even under Harold Wilson, to the alarm of Richard Crossman, the chief argument presented by the Foreign Office for continuing to apply for membership was (of all things) to preserve both Britain’s role East of Suez and the Sterling Area.  Economic considerations played a remarkably small part in these discussions during the 1960s and 1970s: keeping up Britain’s post-imperial presence was the dominating theme.

The kind of person who is particularly keen on the European “project” is still the kind of person who in their grandfathers or (now) great-grandfathers’ day would have been happy running the Empire, while telling themselves that it was really a force for liberal political values.  We are used to thinking about the EU as a product of the Second World War in Europe, and as (supposedly) a means of keeping the peace on the Continent; but we should not forget that it also came into existence in precisely the years in which the European colonial empires were being dismantled.  The EU offered itself as a kind of alternative stage upon which these old imperial ruling classes could regain something of the role they had lost, making lives (as they thought) better for populations who had no direct say in how they were being governed.  This is the “nostalgia” that underpinned and still underpins the EU, while the “nostalgia” of Brexit is in reality a desire for a final emancipation from the burden of empire.

Richard Tuck is a Fellow of the British Academy, and Frank G. Thomson Professor of Government at Harvard University.