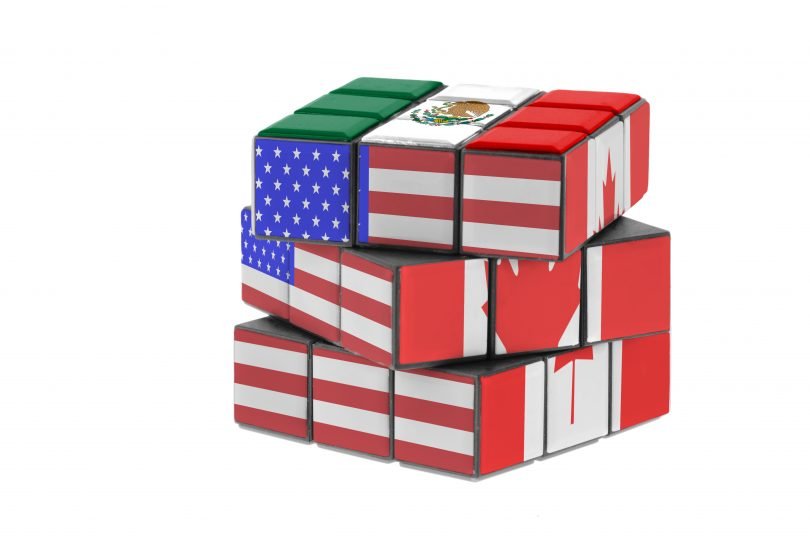 Jamie Arnell, a partner at Charterhouse, writing in a personal capacity, advocates a low tariff regime, but one that maintains pressure on EU countries to agree a free-trade agreement. He makes two suggestions for the Irish border.

The WTO tariff regime has 99 chapters, covering goods of all descriptions. Within each chapter, there are sub-categories of goods down to a very specific level, and each one has its own tariff, and some also have allowances for importation of certain quantities on a reduced or tariff-free basis. The basic principle is that, in the absence of a comprehensive FTA which trumps the WTO tariffs (such as the EU Single Market), then any reduction in tariffs by a signatory state needs to be extended to everyone. We can’t “pick on” the EU.

Tariffs, even at a low level, are a frictional cost of trade and are therefore bad for trade. Agreeing FTAs with as many states as possible will be an urgent priority for the UK after Brexit, but it will take time. In the meantime, we will have to consider what tariff regime we want to follow.

In determining this, I would propose the following as the key considerations:

1) We should reduce tariffs as much as possible, while maintaining leverage over trade partners to bring them to the table for wider FTA discussions. This has many benefits:

2) Specifically with regard to the EU, we should retain tariffs in those sectors which cause significant pressure on individual EU states, in order to encourage the EU to agree a FTA with the UK in due course.

I would propose that we radically overhaul our import tariff regime to coincide with Brexit in 2019.

I propose that the UK suspends tariffs on many WTO chapters, and charges tariffs on imports on just 23 of the 99 chapters. If at all possible, it should reserve the possibility to increase tariffs back to the WTO level in other chapters, should there be unexpected economic impact.

These 23 chapters account for £154 billion of imports from the EU and £149 billion of imports from outside the EU, i.e. 65 per cent and 64 per cent of imports respectively. £83 billion of non-EU imports would become zero-tariff imports. The net addition of tariffed imports as a result of the introduction of the proposed new tariff regime would therefore be £71 billion, an increase of 30 per cent over current tariffed imports. This uplift should make the transition much easier for our customs system to manage.

Further refinements to the tariff regime should be considered for electrical goods and machinery. In these areas, there are substantial flows and it may be advantageous to reduce tariffs to zero on parts and components, while maintaining tariffs on finished products. I have taken this assumption for automotive, but data is opaque for other sectors. The Government has all the figures, but they are not easy to find in consistent formats. This should be a core focus for Dexeu’s team in the very short term, so that changes to the tariff system can be very precisely and intelligently targeted.

Customs arrangements, including proposals for the Northern Irish border

Our responsibility is to control our imports. In a no-deal scenario we will no longer be responsible for collecting the EU’s external tariff. That responsibility will lie with the EU. It is therefore for the EU to inform us as to how they propose to implement the external tariff on goods coming into the EU from the UK. This is not however the proposal on the July White Paper

The Prime Minister has said on her visit to Northern Ireland on 20th July that this approach – that it’s their problem – is not a suitable position for a responsible country to take. I address what I think we should offer below, but I cannot resist stating my opinion in passing, no doubt shared by many, that the Northern Ireland border has been the “tail that wags the dog” in May’s Chequers deal. The refusal to confront the hard choice – a tech-enabled border with the Republic, or a customs border at the Irish Sea – has led to the ridiculous situation in which she ties the UK to EU regulation of goods into perpetuity, with no input to that regulation. There is no way to diverge without an Irish customs border. May has declared that neither form is possible. It follows that we can never diverge, which means no really effective bilateral trade deals in goods with any countries outside the EU. It is farcical.

I see two options to escape from this conundrum, both of which are so obvious that May’s refusal to entertain them convinces me that she has used the Irish border issue as cover for her desire to implement a very soft Brexit. The two options are:

The Irish situation is already unusual. We have the Common Travel Area, and we have an integrated energy system. Having the anomaly of a customs border at the Irish Sea is simply a reflection of the fact that Ireland has our only land border with the EU. No more, no less. There is no need to conflate issues of long-term sovereignty with issues of administrative convenience. The DUP will no doubt demand other assurances from the UK as to their long term future in the Union, and the government should give them. These might include the relocation of major UK government facilities, and so on. We can afford to be generous, as the current impasse risks costing us a fortune in lost trade deal opportunities. To be clear, I prefer option 1.

Our divorce payment to the EU should be made subject to satisfactory arrangements being set up for customs borders, and then implemented fairly. We should expect our EU partners to seek to put pressure on us by delaying import clearances and we should plan for that. Two ideas for linking the divorce bill to satisfactory outcomes are the following:

Two urgent priorities spring to mind, beyond attaching a condition to our divorce settlement:

As for imports, the tariff regime proposed above will lead to a net 30 per cent increase in goods entering the UK being subject to tariffs. This should be manageable, but it will require the hiring of more customs officials and it may also require additional physical capacity.

Should the conclusion be reached that this cannot be put in place before March 2019, then the consequence should not be that we increase the size of the cheque we offer to the EU. We should instead explore the option of simply suspending tariffs or increasing quotas on a wider basis for a period, to reduce customs load while we build additional capacity. Tariffs could be raised or quotas reduced as and when the capability is in place, provided that the same treatment is applied equally to all WTO signatories.

Once again, the external tariff is an issue for the EU. It is their job to manage flows from the UK into the EU. That is not our problem.

Our problem is therefore simply: how do we check on and charge tariffs on goods coming over the border from the Republic of Ireland to Northern Ireland? My proposal would be that we create an obligation on the part of companies and individuals to declare such flows and to pay the required tariff online, with any failure to do so punishable by up to 5 years in prison, with those sentences applicable to company directors if the rules are broken.

The Government has proposed an even more flexible in its position paper, proposing to exempt smaller businesses from duties and other formalities and focusing on compliance visits to larger companies at their premises. I am not convinced that this will suffice, and I am not sure that WTO rules would allow tariff-free access for those smaller companies without extending that to other nations.

Either solution assumes that the UK will in any event unilaterally recognise EU regulations for goods and agriculture, so no additional border formalities will be required to enforce compliance with product standards. This will reduce workload very substantially at the UK / mainland Europe border as well, of course.

This article is part of a longer series by Jamie Arnell on the ConservativeHome website. We are grateful to ConservativeHome for permission to publish this extract. The full article (no.2 in the series, published on July 31) is at :  https://www.conservativehome.com/platform/2018/07/james-arnell-no-deal-2-trade-and-regulations.html