Home » Reports » No Deal Is No Nightmare: Facts About EU Trade After Brexit 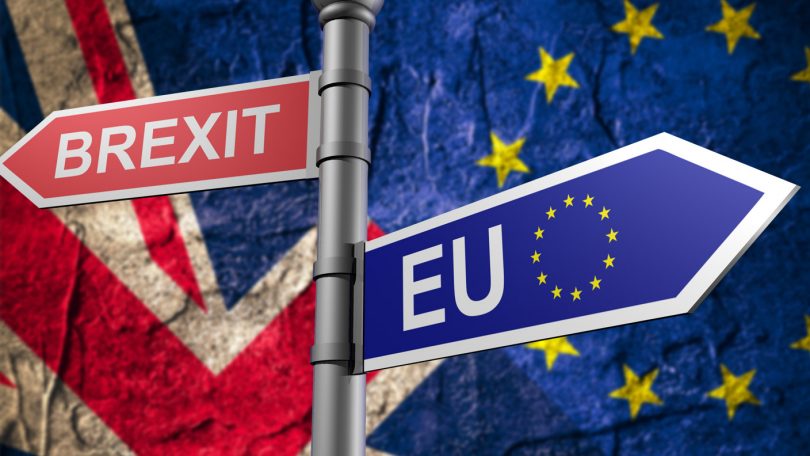 1.1 Leaving the EU under WTO rules is repeatedly described, whether through ignorance or deceit, as ‘crashing out’ or ‘going over a cliff’. This report shows that the reality of a WTO exit is nothing like this.

1.2 There is a myth that our present trade with the EU is ‘frictionless’, while trade on WTO terms is beset with ‘frictions’. We show why this is a false dichotomy, and why in practice intra-EU trading arrangements are not very different from those on WTO terms.

1.2 We already have virtually frictionless trade with the rest of the world through electronic customs declarations, goods pre-clearance and trusted trader schemes, all operated under the EU’s Union Customs Code.  This would in future apply to our trade with the EU.

Imports from the EU under no-deal

1.3 The only additional physical checks on EU imports after Brexit would be customs duty checks, but they are unlikely to exceed the current threshold – less than 3% of imports are checked on entry (see para 4.1).  If necessary, the UK could unilaterally suspend duties for a short period to avoid any immediate difficulties.  In addition, HMRC is implementing a range of technical solutions (see Annex 10) to minimise trade frictions.

British exports to the EU under WTO rules

1.4 Most exporters are already used to Union Customs Code (UCC) export processes, and HMRC has issued guidelines for ‘no-deal’ trading with the EU.  The EU has established customs systems (already used on the Swiss border, for example), and new technology is available to trace and identify cargoes (paras 2.4-2.6).

No ‘hard border’ in Northern Ireland

VAT and excise duties are already collected in the UK and the Irish Republic without any border control.  A study commissioned by the European Parliament found that ‘international standards and best practices and technologies’ can be used to avoid a ‘hard border’, and this has been confirmed by both Irish and British authorities.  Where necessary, inland inspection facilities can be established.  Technology exists for tracking cargoes (paras 2.5-2.6).

Will there be queues at Dover?

This is theoretically possible but in practice highly unlikely.  WTO rules prohibit checks undertaken for political reasons or for competitive advantage.  French officials have dismissed fears of a Calais ‘go-slow’ and suggested that as few as 1% of UK lorries would be subject to a physical check.  New technology is already being installed at Calais to avoid delays, with automated checks (paras 7.7, 7.8).

HMRC is preparing for all scenarios post-Brexit, and has set up inland inspection facilities to divert traffic away from Channel ports for targeted checks if necessary.  The UK accedes to international transit conventions in its own right, and these enable simplified customs transit procedures right across the world and cover all countries in the EU (paras 7.9-7.11).

Can we take the risk that next April UK firms will be faced with EU tariffs and potential regulatory checks?

Tariffs and regulatory checks could be disruptive for a minority of UK businesses, namely, those connected with dairy products and meat. This works both ways. British producers are likely to increase their share of the domestic market by reducing EU imports subsidised at higher rates than they receive.  Moreover, the impact can be mitigated by government action (paras 8.2-8.5)

The EU has already made a reciprocal offer to the UK in respect of air traffic rights and the validity of aviation safety certificates in the event of no-deal.

Reciprocal visa-free travel has already been agreed. The EU has announced that the mutual recognition of driving licences and road vehicles will continue. So taking one’s car abroad or hiring a vehicle on holiday should be no more complicated than it is now (section 9).

2.5  Example: most goods crossing the Swiss borders use established customs systems (TRANSIT and TRACE systems) to drive through customs without stopping and without any monitoring at the border.

2.6 New technology in the form of tamper-proof chips can be used to connect the physical cargo with the import declaration. This would highlight incorrectly declared goods, and allow for differential taxation based on the location/declaration combination.

3. Intra-EU trade not without frictions

4. Imports from the EU under WTO rules

5. UK Exports to the EU under WTO rules

6. No ‘hard border’ in Northern Ireland

7. No long queues at Dover

8. Impact of EU customs and regulatory checks not significant

8.1 WTO rules prohibit unnecessary checks, and it is highly unlikely that more than 1% of goods would be checked (see section 6).

8.2 Additional customs and regulatory checks could admittedly be disruptive for a minority of UK businesses. Namely, those connected with dairy products, meat and fresh foods, which cannot tolerate long delays.

8.3 But this works both ways. Unwarranted regulatory checks at Calais could lead to French importers suffering tit-for-tat delays at Dover.

8.4 To avoid this, the French have already installed scanning technology to speed up clearance at Calais (7.7, 7.8).

8.5 The AEO trusted trader scheme under the UCC should eliminate the need for physical customs checks at Calais, since goods can be pre-cleared for customs electronically.

8.6 Most engineering firms will be little affected (hence why heads of firms like Dyson, JCB and Northern Ireland’s Wrightbus support Brexit).

8.7 Car companies can withstand 10% tariffs on sales into the EU and 4.5% tariffs on components from the EU since they have benefited from a 15% depreciation in sterling.

9. Transportation and travel will not be disrupted

10.1 Replicating the rules and procedures in the EU’s Union Customs Code to operate domestically under the Taxation (Cross-border Trade) Act 2018, thus ensuring no unexpected changes for UK importers or for EU exporters to the UK. The first regulations under the Act, including the Import and Transit regulations, were made on 30 November 2018.

10.2 A new online Customs Declarations System to replace the 25 year-old CHIEF system. Expected to be able to handle up to 400 million declarations a year.

10.3 Importers will be able to declare import VAT on their VAT monthly return, rather than at the border – thus mitigating cashflow and procedural problems.

10.4 Trusted trader schemes are provided for in the new Import regulations (Part 9). This further minimises paperwork and the need for border controls.

10.5 Big manufacturers or food importers reliant on just-in-time deliveries from the EU27 should be registered as Authorised Economic Operators (AEOs). This means that freight is pre-cleared electronically (as is currently the case for most rest of the world imports) and not held up for checks at the border.

10.6 Major supermarkets who import produce from outside the EU will already be familiar with the AEO system. The no-deal UK system will replicate exactly what they are used to under the UCC, and so should enable them to handle produce imported from the EU27 in the same way as they do for produce imported from Africa or South America.

10.7 Inland inspection facilities to check the small number of consignments that will need to be physically checked have already been set up. Staff are currently being recruited. There is a large facility at Magna Park, Milton Keynes and another at Hayes. This means lorries can be directed away from ports for targeted checks, minimising delays.

10.8 The Import Regulations mandate electronic pre-clearance for customs as RoRo ports, to avoid delays at Dover.

10.9 There could be contingency plans to waive checks if required to avoid gridlock for security reasons. (The growth in unaccompanied rail freight scanned automatically would also reduce the number of lorries over time.)

10.10 HMRC has already published no-deal notices and guidance for importers and exporters on its website: https://www.gov.uk/guidance/exporting-and-importing-goods-if-the-uk-leaves-the-eu-with-no-deal

All of these plans are well advanced. If just-in-time importers get themselves set up and registered as AEOs, their EU imports should not be subject to any delays on entering the UK.